The death of a pioneer in molecular genetics recalls age-old questions about social fitness to ensure the ethical uses of scientific advances.

I have been fortunate in my career to meet and interview many of the scientists who have shaped modern biology and medicine and many more who worked with them. One such witness to history recalled for me his days as a postdoctoral fellow at the National Institutes of Health in the early 1960s. It was the practice at the time for the various research groups to get together on Friday afternoons to report on their work. The topic one Friday struck him as exceptionally dull, centering on the cell-free translation of a synthetic poly-uracil oligonucleotide. "Well, that's eminently missable," he thought as he happily skipped out of the presentation to join friends at a nearby bar.

This particular "eminently missable" talk was in fact the announcement by Marshall Nirenberg's laboratory that they had deciphered the first word in the genetic lexicon and so, had begun to "crack the genetic code." The laboratory then went on to translate the rest of the genetic code, a feat that earned Nirenberg a share of the 1968 Nobel Prize in Physiology or Medicine, along with Robert W. Holley of Cornell University and Har Gobind Khorana of the University of Wisconsin at Madison.

I am reminded of this story because Marshall Nirenberg died on January 19. And while I never met him, it seems fitting to pay tribute in these pages to a scientist whose work is a pillar on which the biopharmaceutical industry rests—not to mention biotechnology and molecular medicine. Equally important to recognize was Nirenberg's social consciousness and his concern that the new science of "biochemical genetics" be used responsibly, ethically, and wisely.

In an essay published in Science in 1967, Nirenberg asked, "Will Society be Prepared?" He wrote, "When man becomes capable of instructing his own cells, he must refrain from doing so until he has sufficient wisdom to use this knowledge for the benefit of mankind" (1).

Nirenberg's fear, articulated in his quote from Salvador Luria—himself a Nobel Laureate and contributor to molecular genetics—was that "the progress of science...creates an imbalance between the power it places in the hands of man and the social conditions in which this power is exerted." Luria went on to say that all of the collective wisdom of science and the public is incapable of compensating for "inadequacies of the institutional framework to cope with the new situations."

Fortunately, none of the extreme scientific abuses Nirenberg and Luria feared have come to pass. Nevertheless, their concern about the lag between technical ability and social policy remains as much an issue today as it was in 1967. Social policy still trails behind technology. For example: Will we or won't we allow the use of embryonic stem cells for regenerative medicine? Will we or won't we allow therapeutic cloning? How about gene therapy? What's the proper way to proceed with follow-on biologics? How will we assess and regulate them? How and when will we decide?

Nirenberg closed his essay with this prescription, "...decisions concerning the application of this knowledge must ultimately be made by society, and only an informed society can make such decisions wisely." Will society be prepared, indeed?

Michelle Hoffman is editor-in-chief of Pharmaceutical Technology. Send your thoughts and story ideas to mhoffman@advanstar.com

Note: Nirenberg's biographical information is available from the National Library of Medicine, at http://profiles.nlm.nih.gov/JJ/Views/Exhibit/narrative/biographical.html. 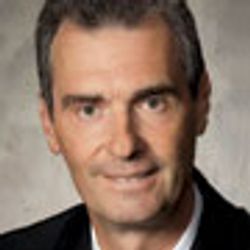 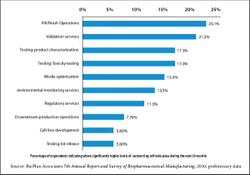 A Bio View of Outsourcing