The global pharmaceutical market is in transition. Growth in established markets is slowing as growth in emerging markets, particularly China, is on the rise. State policy to increase access and affordability of medicines, a growing middle class, and increased demand for quality drugs are all factors influencing pharmaceutical demand in China. On the supply side, China’s pharmaceutical market is dominated by domestic companies although multinational drug companies are increasing their presence in the market.

China is playing an increasingly important role in the global pharmaceutical market. The global pharmaceutical market is expected to reach $1 trillion by 2014 and nearly $1.1 trillion by 2015, according to a May 2011 report by the IMS Institute for Healthcare Informatics (1). The market will increase at a compound annual growth rate (CAGR) of 3–6% during the next five years, slowing from the 6.2% annual growth rate that occurred during the past five years. Absolute global-spending growth is expected to be between $210 billion and $240 billion between 2011 and 2015 compared with $251 billion between 2006 and 2010. Removing the effect of exchange-rate fluctuations, absolute global-spending growth will be between $230 billion and $250 billion on a constant dollar basis compared with $228 billion in the previous five years. For purposes of this analysis, the pharmaceutical market includes all types of biopharmaceuticals, including biologics, over-the-counter drugs, and traditional medicines distributed and administered through regulated delivery systems, such as pharmacies, hospitals, clinics, physician offices, and mail order. Spending figures are reported at ex-manufacturer estimates that do not reflect off-invoice discounts and rebates (1).

As pharmaceutical industry growth slows in developed market in the United States, Western Europe, and Japan, emerging markets, particularly China, continue to ascend. The US share of global pharmaceutical spending is projected to decline from 41% in 2005 to 31% in 2015 while the share of spending from the top five European national markets (i.e., Germany, France, Italy, Spain, and the United Kingdom) is projected to decline from 20% to 13% during the same period. Meanwhile, 17 high-growth emerging markets, led by China, will contribute 28% of total spending by 2015, up from only 12% in 2005, according to IMS (1).

Inside China’s healthcare and pharmaceutical market

State initiatives to increase access and affordability of healthcare, particularly in rural areas, a rising middle class, growing demand for higher quality drugs, and the sheer size of its population are factors influencing the pharmaceutical market, according to the KPMG report. The state-led Healthcare Reform Plan, which went into effect in 2009, is investing approximately RMB 850 billion ($124 billion) over the initial three years of the plan to increase access to medicine. The first phase of the plan, which is scheduled to be completed by the end of 2011, seeks to increase accessibility by building basic healthcare facilities, expanding public medical insurance to cover 90% or more of the population, and reform the drug-supply system. By 2020, the Chinese government plans to bring the entire population under public medical insurance, strengthen infrastructure, and streamline research and delivery (2).

China’s pharmaceutical market varies between urban and rural areas. The mainland Chinese pharmaceutical market consists of a complex array of regional markets that are dominated by generic drugs and over-the-counter (OTC) products, according to the KPMG report (2). Based on 2009 data, OTC products accounted for 38% of China’s pharmaceutical market, prescription drugs for 33%, traditional Chinese medicines 8%, medical devices 6%, and other products 15% (2). The OTC market was valued at RMB 88 billion ($13.6 billion) in 2009 and RMB 96.4 billion ($14.9 billion) in 2010. Prescription drug sales are expected to reach RMB 442.5 billion ($68.3 billion) by the end of 2014 and have recently outperformed growth in the OTC market. In 2009, the prescription drug market in China increased 27%, compared to growth of only 7.7% for the OTC market, according to the KPMG report (2).

The strength of domestic Chinese pharmaceutical companies is in manufacturing generic drugs and active pharmaceutical ingredients (APIs), notes the KPMG report (2). In 2009, the number of chemical pharmaceutical manufacturers reached 2434, up 7.5% year-on-year. As of August 2010, China had roughly 1200 API manufacturers capable of producing more than 1500 categories of APIs. China is ranked first in the world in output of penicillin, vitamins, antipyretics, and analgesics. These ingredients accounted for 80% of China’s total pharmaceutical export value in 2009 (2). The government is said to be drawing up a plan that would invest $761 million in API manufacturers with the goal of raising the country’s export value of products by $4 billion annually (2).

The strength of China’s API market was on display at API China and Interphex China, which was held in Chengdu in April. API China and Interphex China, which are organized by the exhibition company Reed Sinopharm, brings together API manufacturers, fine-chemical producers, equipment vendors, and suppliers to pharmaceutical manufacturers. The exhibition is held twice a year in China. The April show in Chengdu, a city in the Sichuan province in southwestern China, was co-located with PharmChina, a trade show of pharmaceutical distributors. Collectively, the two shows attracted more than 3500 exhibitors, representing more than 80,000 categories of products, according to data from Reed Sinopharm.

In addition to the exhibition, API China and API Interphex in Chengdu included a specially orchestrated program, Sino-India Partnership Program (SIPP) to further enable business relations between China and India. SIPP included a special zone of Indian API manufacturers at API China as well as a Sino-India conference session, which was supported by the China Pharmaceutical Industry Association. The conference provided insight into the pharmaceutical manufacturing industries in China and India. China is now a provider of raw materials and fine chemicals to India and further partnerships in API trade, which would combine China’s position in APIs with the finished drug-product manufacturing base in India, was one area of further collaboration discussed at the conference.

Another exhibition of API China and Interphex China is scheduled for Nov. 9–11 in Nanjing, the capital city of Jiansung Province in Eastern China. The 2010 installment of API China and Interphex China, held in Suzhou, Jiansung Province, attracted more than 30,000 visitors and more than 1400 exhibitors, which included 800 pharmaceutical ingredient and intermediate producers, 300 pharmaceutical packaging companies, and 200 equipment vendors, according to data from Reed Sinopharm.

Improving the quality standards of pharmaceuticals is a key priority of the Chinese government The KPMG report points to several recent key developments to improve GMP. In February 2011, the Ministry of Health of China (MOH) published the final version of China’s new drug GMP (i.e., GMP 2010), and the measures went into effect Mar. 1, 2011. The provisions introduce the concept of quality risk management, the use of standard operating procedures, efficient management of manufacturing records, and the identification of key personnel responsible for quality, which includes the company head, manufacturing management, and quality management. Existing drug manufacturers, depending on the risks of the products they manufacture, have a grace period of up to five years to comply with GMP. Companies that fail to comply will no longer be allowed to manufacture products at those facilities in noncompliance. The State Food and Drug Administration estimates that the new regulation could shut down as many as 500 small and medium-sized drug producers (2).

1. IMS Institute of Healthcare Informatics, “The Global Use of Medicines: Outlook Through 2015 (Parsippany, NJ, May 2011). 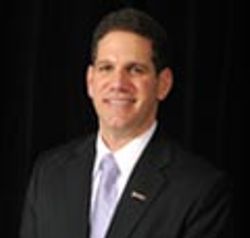 SOCMA Focuses on Concerns of Batch and Custom Manufacturers