Increased outsourcing of clinical research in Asia is an important consideration in the pharmaceutical value chain.

The level of clinical outsourcing in Asia is an important consideration for other elements in the pharmaceutical value chain. The increased level of clinical research in Asia has the potential to affect the supply chain of clinical trial materials (CTM), for example, by causing a potential attendant shift in CTM supply from companies based in North America and Western Europe to companies based in Asia. To what degree this shift will occur is still evolving, but it is important to consider the trends in clinical outsourcing in Asia to assess the potential impact.

The report shows that more than 90% of clinical trials conducted in Asia are multinational in scope. As measured by the number of multinational trials launched by the top 20 global pharmaceutical companies, South Korea, India, Taiwan, and China lead all countries in Asia (1).

Patient access is the primary rationale to increase clinical research in Asia, according to the PRTM report, but market access was also a key consideration as well as an interest in establishing long-term relationships with national regulatory authorities. Although cost was a factor, it was not cited as a significant factor in companies’ decision to conduct clinical research in Asia, according to the PRTM report (1). Survey respondents see China as the leader in being able to recruit large volumes of patients at a reasonable low cost. Although Japan is viewed as the least attractive of Asian locations for patient recruitment due to cost, it provides the highest quality data for trials. The report also cited data which showed that respondents felt that with the exception of trials in Japan, India, and South Korea, the quality of trial data in Asia is perceived to be inferior to that typical of Western countries (1).

A lack of internal resources and temporary increases in workload are the primary reasons for multinational pharmaceutical companies to outsource clinical research in Asia, according to the PRTM study. Seventy percent of respondents cited a lack of internal resources as the reason for outsourcing clinical research in China, and 75% cited it as a reason for outsourcing in India and Taiwan.

Most multinational pharmaceutical companies operating in Asia (excluding Japan) use a mix of global and local CROs, according to the PRTM analysis. The vast majority of multinationals take advantage of full-service outsourcing on a protocol–by-protocol basis. Full-service outsourcing generally refers to site-related activities, data management, clinical supplies, regulatory support, and pharmacovigilance (1).

Although cost, in of itself, was not a reason to outsource clinical research, the report does point out varying levels of costs among CROs. The report showed that many multinational pharmaceutical companies report that almost everywhere in Asia (except Japan), the overall cost of using local CROs is at least 40% lower than the cost of using global CROs operating in the same country. For example, 71% of survey respondents said that the cost of local CROs in China are more than 40% cheaper than the cost of global CROs in China (1). 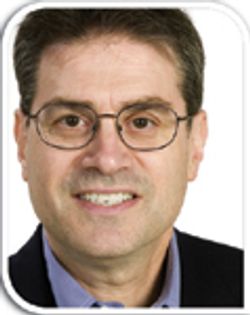