Improving the stability of a suspension

Aggregation or coagulation of drug particles in a parenteral suspension can pose a serious threat to product quality, particularly for products that require extended shelf life. In the worst case, aggregation can lead to the formation of a nonresuspendable sediment, known as caking. Controlling physical stability is difficult because of the complexity of this phenomenon. This article gives an overview of the factors that were found to be the most important in our search to improve the physical stability of a pharmaceutical suspension.

A suspension is a dispersion of a particulate solid in a liquid matrix. The solid phase is usually the drug substance, which is insoluble or very poorly soluble in the matrix. The liquid matrix is commonly an aqueous solution that contains several additives; for example, a surfactant for powder wetting, a thickening agent to control the matrix viscosity and salt to regulate the osmolarity. Sometimes preservatives are added to multiple-dose containers to prevent microbial growth.

The main problem dealt with in this article is preventing the aggregation of particles in a suspension — extensive aggregation can lead to 'caking'. This is the process in which almost all particles in the sediment become interconnected, making it impossible to resuspend. Two main causes can be pointed out (see sidebars "Particle interactions" and "Crystal bridging"):

Many different aspects were investigated in our efforts to improve the physical stability of a suspension. One of the most commonly mentioned ways to influence the behaviour of a suspension is changing the salt concentration. This method is based on the DLVO theory1,2 (see sidebar Particle interactions). By decreasing the salt concentration it should be possible to increase the repulsive interactions between the particles, preventing them from aggregating. In our studies, we found, however, that salt had no influence whatsoever on the physical behaviour of the suspension, probably because the particles were outside the colloidal range (<1 μm) with a size of 10 μm.3 This indicates that factors such as particle size strongly influence the effect of this method. This is also the first indication of the complexity of this problem; many of the factors involved have a strong influence on each other. If salt concentration does provide a useful basis for improvement, additives such as sorbitol can be used to regulate the osmolarity of the suspension.

Next to the influence of salt, a variety of other possibilities were investigated; for example excipient concentrations; unit operations in the process; origin and synthesis of the drug substance; polymorphic behaviour of the drug substance crystals; and other particle characteristics. From these explorations it was decided to focus on the particle properties and the surfactant.

The main characteristic of suspension particles is their size. As powders almost never consist of particles of the same size (monodisperse), but of a large variety of different sizes (polydisperse), they are often characterized by a size distribution. The particle size distribution (PSD) is of great importance on the aggregation behaviour because of its influence on the packing of the particles in the sediment. Figure 1 illustrates that a system with a wide distribution (yellow) gives more compact packing than a system with a narrower distribution (red). Compact packing leads to more contact points between particles, in turn increasing the chances for aggregation.4 This means that the physical stability of a suspension can be improved by controlling the PSD.

Figure 1 The relationship between PSD and compactness of sediment packing in a suspension.

Numerous methods and devices are available for measurement of the particle size distribution.5 The problem with all techniques is the preparation of the samples as it has great influence on the outcome of the measurements. Powder drying in suspension samples is highly undesirable, particularly when powders are dried at an increased temperature. This can cause an increase in aggregation or particle size because of the deposition of dissolved crystal material. Hence, techniques that allow samples to be investigated in their natural state are preferred. As laser diffraction methods allow samples to be investigated without drying or other intensive pretreatments they are among the most utilized. For a detailed discussion of particle size measurement we refer to Allen.5

Figure 2 Light microscopic images of (a) a stable and (b) an aggregated suspension, at a magnification of Ã120.

With microscopic techniques, the morphology (shape and size) of particles and aggregates can be visualized. Light microscopic techniques offer good possibilities for examining the macroscopic structure of aggregates. In Figure 2 the difference between a nonaggregated (2[a]) and an aggregated (2[b]) suspension can be seen using ordinary light microscopy at a magnification of ×120. Larger magnifications (micrometer scale) can be used with electron microscopy to get a close-up of the particles and the aggregates. The problem with conventional scanning electron microscopy (SEM) is that the suspension needs to be dried to obtain the high vacuum that this technique works with. With a relatively unknown technique called environmental SEM (ESEM), suspension samples can be investigated at relatively high vapour pressure, allowing imaging in the presence of water. This removes the need for rigorous drying, depicting the suspension in a more natural state. In Figure 3(a) an image of a suspension made with conventional SEM is shown. The same suspension was also visualized using ESEM, which is shown in Figure 3(b). The ESEM picture was taken with a Quanta 200 (FEI Company, The Netherlands). In Figure 3(b) crystal bridges can be seen between the particles proving that it is not only energetic bonding that causes caking of the sediment.

Figure 3 Images of a pharmaceutical suspension made with (a) SEM and (b) ESEM.

In our investigations we noticed that certain processing steps have an influence on the PSD, and, therefore, on the suspension behaviour. For example, a heat treatment of the drug substance before compounding may cause agglomeration. The combination of fluctuating temperatures and the moisture from the air or from steam can cause extensive agglomeration of the powder (see sidebar "Crystal bridging").

In virtually all compounding processes for suspensions some sort of dispersion operation is present. Most of these rely on the application of shear forces to break up lumps and aggregates to obtain a homogeneous suspension. We found that the dispersion operation in the process may also have a negative influence on the suspension properties. When the energy input is too high, the size distribution widens, which leads to a more compact packing of the sediment, more contact points and hence an increase in the probability of aggregation.

These are just two examples of how the process parameters can be of influence on the physical stability of the suspension. Controlling these parameters is, therefore, an important factor in improving the properties of a suspension.

A surfactant is a substance that, because of its molecular structure, prefers to arrange itself in the boundary layer (interface) between two immiscible phases, such as water and air, water and oil, or water and suspension particle. In a pharmaceutical suspension a surfactant serves two purposes:

Figure 4 The adsorption of surfactant onto the surface of a hydrophobic particle.

Figure 5 The adsorption isotherm for the adsorption of Polysorbate 80 onto a steroid powder (surface area 5 4.1 m2/g).

In our studies we also saw that the surfactant used (i.e., Polysorbate 80), is prone to oxidative degradation, which can lead to inactivation of the surfactant when the hydrophobic head is separated from the hydrophilic tail. It is then not only a matter of the initial amount of surfactant that determines the effectiveness, but also the amount of surfactant that is still active at a certain point in time. The degradation of polysorbates is caused by a combination of oxidation and hydrolysis. The oxidation reactions cause a strong decrease in pH. The acidic environment subsequently catalyses hydrolysis of the hydrophobic head causing it to split off. The degradation mechanism was demonstrated in an experiment in which two suspensions were prepared — one of which was packaged under ambient air (containing ~20% oxygen) the other was packaged under a nitrogen atmosphere. After accelerated aging, the samples were analysed by HPLC using a Kromasil C18, 150×4.6 mm ID, 5 μm column with water, acetonitrile and tetrahydrofuran as the mobile phase. The chromatograms of this analysis are given in Figure 6. The height of all four peaks together represents the amount of 'active' surfactant. It can be seen that exclusion of oxygen greatly increases the stability of the surfactant, proving that this offers a useful way for improving the properties of a suspension.

Figure 6 HPLC-chromatograms showing the Polysorbate 80 content in a pharmaceutical suspension, subjected to accelerated aging for 0, 7, 14 or 28 days. Headspace of the vials filled with either normal air or nitrogen.

The investigations described above yielded this short reference checklist for troubleshooting a pharmaceutical suspension:

Many thanks to Jan Groeneveld, Mari Janssen and Kees van der Voort Maarschalk at Organon NV Oss for their contribution to this project, and to Ben Langelaan for reviewing the text and content of this article. We would also like to thank FEI Company (The Netherlands) for demonstrating their Quanta 200 ESEM microscope.

Bas Moorthaemer is a team leader of the manufacturing technology department at Organon, The Netherlands.

Joris Sprakel is a PhD student and worked for the manufacturing technology department nonsolids at Organon, The Netherlands. 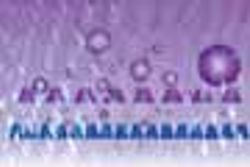 A review and critique of multifilter arrangements 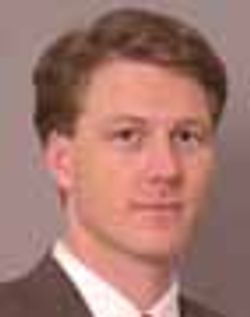 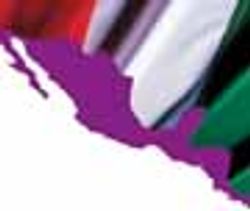