How innovation is cushioning pharma's fall from the patent cliff.

With the start of the new year, the cusp of the patent cliff is finally upon the pharma industry, with products worth more than $30 billion in sales set to lose market exclusivity, including Pfizer's Lipitor, GlaxoSmithKline's Advair and AstraZeneca's Seroquel. The full impact of these patent expiries will probably not be felt until 2012, but growth for the west for 2011 is still forecast to be low — just 3–5% for the US and 1–3% for the five major European markets (Germany, France, Italy, Spain and the UK).

Despite this, 2011 is set to witness a number of innovative drugs being approved and launched. According to the latest The Ones To Watch report from Thomson Reuters, released in December 2010, pharma companies are moving away from areas where generics are available, with a third of 2011's new drugs expected to be niche pharmaceuticals in areas such as multiple sclerosis and melanoma. Indeed, a number of these niche treatments have already been launched and look set to help cushion pharma's fall from the patent cliff.

In its report, Thomson Reuters examines what it claims to be the five most promising drugs launched or receiving approval between July and September 2010.

Tribenzor. Daiichi Sankyo's Tribenzor received approval in the US in July 2010 and is a once-daily, three-in-one oral treatment for hypertension. More than half of hypertension patients on blood pressure lowering medication do not achieve the recommended blood pressure, and more than two thirds need to take two or more medicines to meet their goal. Daiichi Sankyo hopes that their combination drug will reduce the pill burden on the patient, as well as co-pays or prescription charges.

Daxas. Thomson Reuters has forecast Nycomed's COPD treatment Daxas to reach global sales of $388.1 million in 2014 — 2% of the market. The drug is a novel approach to COPD treatment because it actually slows the decline of lung function rather than simply treating the symptoms. It was approved by the EU in July 2010.

Silenor. Silenor, developed by Somaxon Pharmaceuticals and launched in the US in September, is the first prescription medication for sleep maintenance that is non-addictive. During clinical tests, no withdrawal effects have been observed, as well as no evidence of tolerance, amnesia or complex sleep behaviours. Thomson Reuters has predicted global sales of $231.6 million (13% of the market) by 2014.

Gilenya. Novartis and Mitsubishi Tanabe Pharma's Gilenya is the first oral treatment for relapsing multiple sclerosis and the first drug in the new class of sphingosine 1-phosphate receptor modulators. It has been shown to reduce the frequency of multiple sclerosis relapses by 52% compared with the commonly prescribed Avonex. The treatment was approved in the US and Russia in September.

Kynapid. Kynapid was developed by Cardiome Pharma and Merck & Co. and launched in Europe in October for the treatment of atrial fibrillation (AF). It is the first product in Europe in a new class of drugs for cardioversion of AF. Sales of $129 million have been forecast (10% market share) by 2014.

The report also examines other promising drug candidates that are worth keeping an eye on as they move through clinical studies, including a vaccine from GSK for preventing shingles in the elderly and AstraZeneca's fostamatinib rheumatoid arthritis treatment, which are both entering Phase III trials. Additionally, the report highlights promising anticancer agents in Phase II trials.

Although the year may bring a number of challenges to the industry, it's also clear that promising innovation is still underway.

A bad year for R&D

PricewaterhouseCoopers(PwC) has released the resultsof a survey analysing industryviews of the FDA. Althoughlifesciences companies feel thatcommunication with the FDA hasimproved, there are concernsabout whether the agency'sresources can keep pace with itsfunctions.

China and India will become theworld leaders in innovation duringthe next decade, according toan international survey releasedby AstraZeneca. According torespondents, the two currentleaders in innovation, the USand Japan, will be relegated tothird place and fourth place,respectively by 2020. 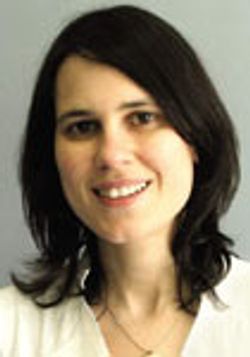 Should We Back DTC in Europe?
The Growth Of ODTs