A roundup of news including: Outsourcing undervalued; The real cost of REACH

Despite spending billions of dollars on outsourcing deals last year, most European CIOs and CFOs don't bother measuring the financial impact of the outsourcing contracts they commission. This is one of the many revealing outcomes of a major research report investigating C-suite attitudes to outsourcing.

The study, conducted by Warwick Business School and Cognizant during April to July this year, surveyed more than 250 European CIOs and CFOs from some of the world's largest companies (all had revenues of more than $500 million) across various sectors. From the results obtained, it appears that businesses are neglecting to measure the real value of outsourcing:

In today's market place how quickly do you believe it is important to demonstrate a financial return on investment from your outsourcing arrangements?

So, what's going wrong? Are CIOs and CFOs incompetent or simply not bothered? In an interview with Pharmaceutical Technology Europe (PTE), Matt Havens, Director of Europe for Cognizant's Business Consulting Group, attributed these failings to companies' lack of solid methodology: "Without clear tools and ways of measuring and monitoring their outsourcing arrangements, company executives could effectively be missing out on some of the benefits they planned when they embarked on their outsourcing journey."

Perhaps more important is the apparent "widespread belief that the long-term value of outsourcing cannot actually be measured," added Havens. "There are some methods currently being used to assess the value of outsourcing investments; however the CIOs and CFOs surveyed provided several variations and in some cases it seems the methods are vague at best. Some clearly show a degree of methodology, even if they couldn't articulate quite what it was, but others amount to little more than 'back of a cigarette packet' calculations. Examples included 'Manual calculation'; 'You know what it costs but you don't really know the value'; 'The accountants will use some formula for calculating ROI'," said Havens.

Although pharma has contributed to this rather gloomy picture (6.15% of the total sample), the industry takes the lead in its other attitudes to outsourcing:

If management are not/cannot quantify the financial contribution of outsourcing to their business, it begs the question 'What are CIOs and CFOs basing future outsourcing decisions on?' The next issue (November) of PTE will continue its focus on Cognizant's survey and discover the answer to this question and advise on best practice for assessing the value of outsourcing in the pharma industry.

The real cost of REACH

Implementing REACH will require a massive increase in animal testing and may cost six times more than previously estimated. These findings come from an analysis conducted by researchers at the John Hopkins Bloomberg School of Public Health (MD, USA).

Speaking with Pharmaceutical Technology Europe (PTE), Thomas Hartung explained: "REACH expected 27000 companies to submit 180000 preregistrations on 30000 chemicals. The big surprise, however, was that at the end of December 2008, 65000 companies had submitted 2.7 million preregistrations on 143000 chemicals." Hartung is Doerenkamp-Zbinden Professor and Chair for Evidence-based toxicology and Director of the Center for Alternatives to Animal Testing at the Bloomberg School of Public Health. He also co-chaired the 7th World Congress on Alternatives & Animal Use held in Rome (Italy) in September.

So why were the REACH expectations so different to reality? According to the researchers, all previous studies were based on numbers and production volumes from 1991–1994 when the EU had only 12 member states. Now, the EU has 27 member states and three European Free Trade Agreement countries also adhere to REACH. "Furthermore, chemical production has grown by approximately 5% per year," said Hartung. "This is like the interest rate on your bank account — 15 years later and your savings have doubled." At the last moment, REACH also included intermediates, although these have lower test requirements.

In a press statement, Hartung described REACH as the "biggest investment ever into consumer safety". He also emphasized to PTE that: "Our analysis should not be misread as a pure ethical or financial concern — it is about a bottleneck identified for a programme we want to happen."

However, he also believes that the scale of the challenge may have been underestimated; REACH could require 54 million research animals and €9.5 billion over the next 10 years. Approximately 90% of the projected animal use and 70% of the projected cost would come from research into reproductive toxicity testing. Usually, data must be collected from two generations of two species of animals.

Hartung explained to PTE that the second species is rarely used when testing chemicals because few new chemicals are produced at quantities high enough to trigger testing. "This is now different with REACH where the high-production chemicals are tested; so while only 70 two-generation studies were conducted over 25 years for industrial chemicals in the EU, we calculated 14000 for REACH if the guidance to industry is followed," he said.

He also added: "European regulators need to understand that this is not only about animal numbers, but mainly about feasibility. It is not possible to create the test facilities. We do not have the toxicologists — a two-generation study assesses 80 endpoints including complex histopathology."

So what are the alternatives? Hartung suggested testing only suspicious chemicals. "Currently, the main trigger is production volume; at least prioritize the suspicious substances and leave the others for later when high-throughput strategies are developed," he said. He also offered further options including using an extended one-generation study and using in vitro approaches; according to Hartung, 80–90% of the classifications of chemicals in two-generation studies is based on testing toxicity for which promising tests do exist.

"We hope that our study helps to gain momentum for a revision of current practices in regulatory toxicology," Hartung told PTE. He also explained that Europe could benefit from a development similar to the US EPA toxicity testing strategy, which came into force in March 2009.

The FDA has also sets its sights onan electronic future — the agencyhas proposed amendments topostmarket safety reportingregulations that would requiremanufacturers to submit reportsin an electronic format. Currently,reports are submitted on paper.

Pfizer will pay approximately€1.6 billion to settle aninvestigation regarding off-labelpromotion of Bextra, whichwas withdrawn from themarket in 2005. Of this amount,approximately €894 million is fora criminal penalty. The agreementalso resolves investigationsregarding other alleged pastoff-label promotional practices.

The Eastern European pharmamarket is forecast to grow at acompound annual growth rate ofmore than 10%, to be worth morethan €28 bilion by 2014, accordingto a report fromcompaniesandmarkets.com.

Lonza has submitted a nonbindingproposal that would see it acquireall of the Restricted Voting Sharesof US-based Patheon. However,the single largest shareholderof Patheon, JLL, is opposing thetransaction.

US researchers are urging the FDAto demand that manufacturers statehow new medications comparewith similar treatments. Accordingto a release from the StanfordUniversity School of Medicine: “Inmany instances, these statementswould indicate that there is noevidence that a new drug is moreeffective than older ones.”

A new tool to battle counterfeits 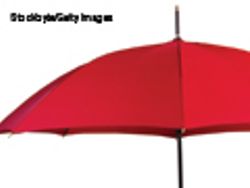 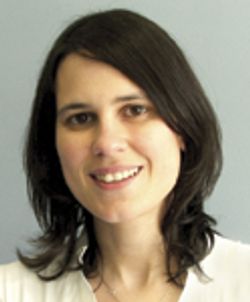 MRT coming soon to a plant near you