To date, temperature programmed liquid chromatography (TPLC) has had limited use in the pharmaceutical manufacturing laboratory because of instrument and column limitations. Traditional silica-based column packing materials are only stable up to 60 ÂºC under reversed conditions; however, with the creation of temperature stable column stationary phases and high temperature column hardware, TPLC has become a more routine laboratory technique. Now, instrumentation is available that allows operation up to 200 ÂºC with mobile phase preheating eliminating the negative effects of thermal mismatch - TPLC is set to break new ground in liquid chromatography technology. The increased regular use of high temperature to tune selectivity in separation work is gradually becoming more apparent, although column selection is still rather limited.

Researchers recognize that using high performance liquid chromatography (HPLC) systems at higher than ambient temperatures can result in improved peak shape and faster runs without impacting efficiency.1 As viscosity is reduced at higher temperatures, columns packed with smaller diameter particles can be used without a significant pressure penalty. The combination of smaller diameter packings with shorter column lengths at elevated temperatures facilitates efficient and fast separations, meeting the high throughput performance requirements of the pharmaceutical industry.

The literature has acknowledged that, in the past, instrument limitations have not permitted the use of temperature programming with standard 4.6 mm internal diameter (i.d.) columns. This is primarily because of the design and function of block column heaters; they are not capable of rapidly transferring heat into the mobile phase or the interior of a 4.6 mm diameter column efficiently and reproducibly during temperature programming. This results in effects of radial and axial thermal gradients that produce band broadening.

Figure 1 Heat transfer into a column without preheating.

Temperature programmed HPLC at temperatures up to 200 ÂºC with 4.6 mm i.d. columns allows the user to perform a temperature gradient to alter retention and selectivity instead of using a solvent gradient. This is possible because hydrogen-bonding effects in water are reduced as the temperature is increased, thereby making it less polar. Water behaves more like a moderately polar organic solvent, such as methanol, during the separation process. Many separations requiring a binary solvent gradient can thus be separated isocratically using a thermal gradient. Eliminating the use of solvent gradients will not only ease some difficulties in the method development process but also decrease some of the issues when transferring methods from development laboratories to quality control laboratories (Figure 3).

The experiments in this article describe the use of TPLC to analyse a number of pharmaceutical samples, including an active pharmaceutical ingredient (API). Samples that normally require a binary solvent gradient were separated using a programmed temperature gradient and an isocratic mobile phase. The HPLC system comprised a vacuum degasser (Select; Alltech, USA), CM4000 pump (Milton Roy, USA), a UV2000 detector (Thermo Electron, USA) and a 708 AL autosampler (Alcott, USA) combined with a Selerity's Polaratherm oven with temperature programming and integrated mobile phase preheating.

Figure 2 Heat transfer in a preheater.

Figure 4 shows the separation of steroids using water as a mobile phase. HPLC analysis at elevated temperatures with water as a mobile phase has been shown to replace acetonitrile:water mixtures as an eluent in reversed-phase HPLC. As the temperature increases, the dielectric constant of water decreases but retains an appreciable density and hydrogen bonding potential. Under high temperature conditions, water can be described as a moderately polar solvent. Also, the viscosity of the mobile phase is reduced, resulting in significantly lower backpressure allowing higher flow rates and shorter analysis times. Higher column efficiencies from better diffusion rates can improve resolution and sensitivity.

The selection of steroids was separated isothermally at 50 ÂºC and 200 ÂºC (Figure 4). Even at the slightly elevated temperature of 50 ÂºC, a fast separation of 1.5 min with good peak shape was achieved using an isocratic mobile phase of 25:75 acetonitrile:water and a flow rate of 3.0 mL/min. As can be seen from the chromatogram obtained at 50 ÂºC, some of the benefits of using high temperature in HPLC separations are evident, but more so when the analysis is performed at 200 ÂºC. At that temperature, the use of an organic solvent was completely eliminated and 100% water was used as the mobile phase. The flow rate was increased to 6.0 mL/min and a beautiful separation was achieved in less than 30 s.

Figure 4 Separation of steroids using water as a mobile phase.

(Selerity) and a Hypercarb (Thermo Electron) column, highlighting the complementary selectivities of the two columns. A selection consisting of eight OTC analgesics was chosen to demonstrate the selectivity differences of high temperature silica versus that of a graphitic carbon stationary phase when using thermal gradients. Because solvent properties change as the temperature is increased, hydrogen bonding interactions in water are reduced at higher temperatures. This suggests that many solvent gradients can be replaced with temperature gradients. Samples requiring complex solvent gradients can, therefore, be separated isocratically.

Figure 5 Separation of analgesics on a Blaze C8 column using a thermal gradient.

This experiment shows that a mixture typically separated using a solvent gradient can be analysed by using isocratic conditions and a simple thermal gradient. Both columns show very different selectivities for the analytes under thermal gradient conditions, further illustrating the versatility of the technique.

Figure 6 Analgesics using a Hypercarb column and a thermal gradient.

Care was taken to preheat the mobile phase to eliminate thermal mismatch band broadening. Solutions were prepared in 50:50 acetronitrile:water and 5 ÂµL of each sample was injected for each chromatographic run. Figure 5 shows the separation of OTC analgesics using the Blaze C8 polydentate silica column with an isocratic mobile phase and a temperature gradient. Baseline resolution of seven compounds is achieved in less than 9 min. Phenacetin was originally added to the mixture but was co-eluted with caffeine and was removed.

Figure 6 shows the separation of analgesics on the Hypercarb column using a thermal gradient from 125-200 ÂºC. The increased temperature enabled a flow rate of 4.0 mL/min. In this case, aspirin and salicyclamide co-eluted but phenacetin and caffeine were well separated.

The final example concerns the extraction and analysis of an API in a brand name drug and a copy formulation. Because of the popularity of Pfizer's Viagra for the treatment of erectile dysfunction, several alternative sources of sildenafil citrate (the API) have become available on the Internet. Several companies sell sildenafil citrate tablets, claiming that the tablets are comparable with Viagra at a much lower cost. Recent work on the analysis of dietary supplements in China has shown whether they were adulterated with sildenafil citrate.

The extraction procedure used in this work was conducted on a Viagra tablet and a sildenafil citrate tablet procured on the Internet. Both tablets were said to contain 100 mg of active ingredient and both extracts were analysed by TPLC using a thermal gradient and UV detection.

Each tablet was ground in a mortar and pestle and the ground tablet was placed in a 40 mL vial. Each sample was extracted with 30 mL 50:50 methanol:water by sonicating the vials for 20 min. The samples were then centrifuged at 3000 rpm for 15 min. The supernatant was collected and transferred to 100 mL Class A volumetric flasks and were diluted with 50:50 methanol:water and rinsed three times. The samples were then filtered through 0.45 Âµm nylon prior to injection of 5 ÂµL of the solution. The mobile phase consisted of 35:65 acetronitrile:water with 0.1% trifluoroacetic acid (TFA), pH 2. Each component was analysed individually. The extraction protocol was performed using the recently published work previously mentioned and analysed.

These experiments have highlighted the benefits of HPLC and temperature programming when performing pharmaceutical analyses. They have contributed to demonstrating the advantages of TPLC as an accurate and faster chromatographic technique. They have also emphasized associated performance optimization, maximized efficiencies and increased laboratory productivity. For the analyst, it means that 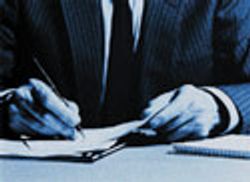 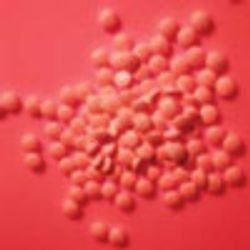