A roundup of manufacturing and service expansions for March 2007.

London (Mar. 23)—AstraZeneca (www.astrazeneca.com~) named Shanghai Zhangijang Hi-Tech Park as the initial base for its new Innovation Center China (ICC). The ICC is part of a larger $100-million investment package that the company announced in May 2006. The center will focus on research for developing drugs with an initial focus on cancer for Chinese patients, biomarkers, and genetics. The facility will open in mid-2007. It will provide a base to build capabilities and skills in China before establishing a permanent site.

Bangalore, India (Mar. 21)—AstraZeneca (London, www.astrazeneca.com~) opened a new process research and development (PR&D) laboratory at its research and development center in Bangalore, India. The $15-million facility covers 8000 m2 on a 14,200-m2 plot and can accommodate as many as 75 process scientists. The facility will focus on developing new chemical entities. This new facility is AstraZeneca's fourth PR&D facility and the only one outside of Europe. It also has two PR&D facilities in the United Kingdom and one in Sweden.

Bangalore, India (Mar. 14)—Bristol-Myers Squibb Company (BMS, New York, www.bms.com~) is expanding its research and development capabilities in India. BMS is increasing the scope of its existing relationship with Biocon Limited (Bangalore, India, www.biocon.com) to further develop integrated capabilities in India in medicinal chemistry, biology, drug metabolism, and pharmaceutical development. Bicon, through its subsidiary Syngene International, will work with BMS to establish a research facility in Bangalore that will be able to house more than 400 scientists to help advance BMS's drug discovery and early drug development. Groundbreaking for the new facility was scheduled for March 2007.

Tokyo (Mar. 5)—Eisai Co., Ltd. (www.eisai.com~) established Eisai Manufacturing Ltd., a pharmaceutical-manufacturing subsidiary in Hatfield, United Kingdom. The subsidiary is the company's first manufacturing facility in Europe and will be the base for quality assurance and supply-chain management of Eisai's European operations. The operation is targeted for launch in 2008.

Amsterdam (Mar. 2)—Avantium Technologies B.V. (www.avantium.com~) will expand its research and development facilities in Amsterdam. The expansion will add 2500 m2 (27,500 ft2) of laboratory and office space, more than doubling the company's current capacity. The expansion is expected to be completed in the first quarter of 2008. Avantium specializes in high-throughput experimentation, including combinatorial catalysis, for the pharmaceutical and chemical industries. 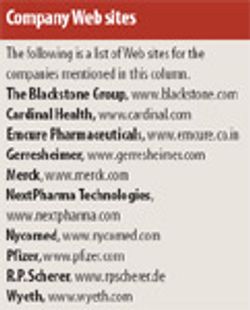 Pfizer Restructuring a Boon to CMOs and CROs 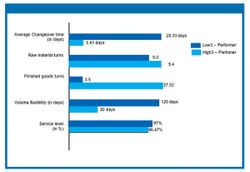 How to Improve Operational Excellence at API Sites