Anyone familiar with the USA v Barr Laboratories case of 1993 will recognize the importance of not ignoring OOS results, and the inappropriateness of testing into compliance.

On 12 October 2006, Volume 71 of the Federal Register announced that FDA had published its Guidance for Industry on Investigating Out-of-Specification (OOS) Test Results for Pharmaceutical Production.1 It replaced the draft guidance, which had been available since November 1998.

Hence, the guidance addresses investigations of OOS results in the laboratory phase, including responsibilities of the analyst and supervisor, and when indicated, the expansion of an investigation outside of the laboratory to include production processes and raw material as appropriate. The guidance is intended to apply to traditional methods of drug product testing and release, based on testing of discrete samples of in-process materials and finished products.

A few definitions have been expanded to broaden the scope of the term OOS results. In the 1998 guidance document, the term OOS results included "all suspect results that fall outside the specifications or acceptance criteria established in new drug applications, official compendia, or by the manufacturer".

In the latest guidance, this definition has been expanded to include "all test results that fall outside the specifications or acceptance criteria established in new drug applications, drug master files (DMFs), official compendia, or by the manufacturer. The term also applies to all in-process laboratory tests that are outside of established specifications".

The growth of contract analytical laboratories (CALs) performing production and/or testing responsibilities for pharmaceutical companies has also been taken into account with the inclusion of a statement that the guidance notes can be used by contract firms within Section I: The Introduction.

Contract firms are specifically mentioned later too. In Section II, it states: "The responsibility of a contract testing laboratory in meeting these requirements is equivalent to that of a manufacturing firm." Later in Section III, it is stated: "For contract laboratories, the laboratory should convey its data, findings and supporting documentation to the manufacturing firm's quality control unit (QCU), who should then initiate the full-scale OOS investigation."

These two statements do appear to somewhat contradict each other, suggesting on the one hand that the CAL has equal responsibility with the manufacturer, and on the other that it is only ever responsible to the manufacturer. In practice, of course, investigation of OOS results is usually a mutual decision, prompted by the reporting of results by the CAL, proposal of follow up investigation by one or both parties and agreement of the contractual basis on which the work is being performed.

From the laboratory's perspective it is far more useful to drill down to the detail and assign the error more specifically, for example, dilution error or wrong sample weight used. Our own laboratories would always seek to assign a conclusion to any investigation; that is, calculation error, method error, equipment error, technician fault or genuine OOS. This affords the opportunity to analyse OOS results for specific trends to highlight potential weaknesses in our own quality system, and provides greater assurance to the client that an OOS result reported as arising from manufacturing error is indeed genuine.

To be fair, Section III of the guidance states that "corrective action to prevent recurrence" should occur whenever laboratory error is identified as being the cause of an OOS result. However, Iam in favour of the term "preventive action", which is used later in the section.

The responsibilities of the laboratory supervisor have been expanded slightly. The new guidance makes the observation that the supervisor should verify the calculations used to convert raw data values into final test results and verify that automated calculation methods have not been invalidated. These details have been included to cover the now frequent use of spreadsheets, which are considered validated by having a password applied to protect the calculations within the worksheets.

This section has been chiefly rewritten. "General Investigational Principles" and "Laboratory Phase of an Investigation" in the draft guidance have been replaced with "Review of Production", "Additional Laboratory Testing" and "Reporting Testing Results". It is interesting that some words have been added to this section. For example, in a discussion of how firms deal with OOS situations, the old guidance used to say that: "Some firms use a strategy...". In the new guidance, this sentence now reads, "FDA inspectors have revealed that some firms use a strategy...". It is tempting to conclude that these few extra words expose a much more significant truth, viz, FDA makes close examination of OOS investigations during its routine audits of laboratory and manufacturing facilities.

This is confirmed within the guidance. In the section on "Additional Laboratory Testing", which makes it clear that when there are no laboratory or calculation errors identified and there is no scientific basis for invalidating the initial OOS results in favour of acceptable retest results, then "All test results, both passing and suspect, should be reported". Later, in the section on "Reporting Testing Results", the guidance details, "It is critical that the laboratory provides all individual results for evaluation" as "averaging the result(s) of the original test that promoted the investigation and additional retest or resample results obtained during the OOS investigation is not appropriate." This practice "hides variability" according to the guidance and furthermore, "relying on averages of such data can be particularly misleading when some of the results are OOS and others are within specification." Anyone familiar with the USA v Barr Laboratories case of 1993 will recognize the importance of not ignoring OOS results, and the inappropriateness of testing into compliance.

The role of the manufacturer's QCU is reiterated in Section V: Concluding the Investigation. The 1998 draft document made no reference to who should evaluate the batch. The new guidance places that responsibility firmly on the QCU by stating, "release decision should be made by the QCU" and "the QCU is responsible for interpreting the results of the investigation."

Current practice amongst CALs is to issue the client with a copy of the OOS investigation report, with the master copy being retained in case of a regulatory inspection. There was no specific instruction in the draft guidance that this should occur and the 2006 guidance only states that it is "recommended that OOS investigation reports be provided to the customer".

The updated guidance has only been in circulation for a short while and needs to be further assessed and reviewed by industry. Although, no longer technically at draft stage, comments can still be passed to FDA via the usual routes, and there are already training courses and seminars where the guidance has prompted much discussion.

Adrian Kirk is the quality manager of RSSL Pharma (UK). 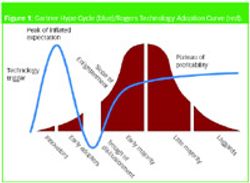 Nanotechnology: the next silver bullet? 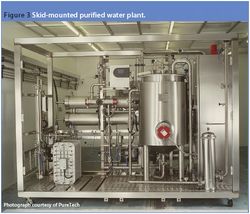