The elemental composition determination (ECD) of unknown compounds has been possible since the advent of high resolution mass spectrometers.1–3 These instruments are capable of accurate mass measurements at low parts per million (ppm) to generate a number of possible formula candidates required for ECD. However, even measurements at a very high mass accuracy of 1 ppm cannot clearly identify the unique elemental composition of the unknown molecule. For example, an elemental search for hydroxylated busprione results in three different molecular formula candidates: C21H32N5O3 (1 ppm), C21H42NP2S (1 ppm) and C20H38N3FPS (0.2 ppm). It has long been recognized that the isotope patterns in mass spectrometry (MS) can provide additional information for ECD.4 Recent studies have confirmed that mass accuracy alone is not sufficient to identify a unique formula even at the mass accuracy of the highest resolution instruments (100 ppb for Fourier transform-ion cyclotron resonance [ FT-ICR]) and suggest that an orthogonal measurement involving isotope patterns could dramatically improve ECD.3 Furthermore, the authors conclude that if the isotope pattern can be accurately modelled to within a 2% error, an instrument capable of a mass accuracy of 3 ppm would outperform an instrument capable of achieving a mass accuracy of 100 ppb.

A new approach to MS calibration has been shown to allow accurate isotope pattern modelling to within a few tenths of a percent.5 This is done by correcting the profile mode spectra of the unknown molecule to a mathematically defined peak shape. This then allows a highly accurate comparison to be made with expected isotope profiles theoretically calculated for a given elemental composition. This new approach delivers superior performance in an elemental composition search — even when the mass error for unknown molecules is as much as 100 ppm,6 a level of mass accuracy unsuitable for ECD through conventional approaches.

In this article, the application of this new approach to isotope pattern modelling is illustrated for the LC/MS analysis of verapamil metabolites from rat microsomal incubation. In this analysis, the parent drug verapamil (a calcium channel blocker commonly used to treat hypertension and coronary artery disease) and its sodium adduct were found at a mass/charge (m/z) ratio of 455 and 477 respectively, while the demethylated metabolite found at m/z 441 was also detected with its sodium adduct at m/z of 463. The external calibration created from the calibration mixture was then applied to the raw profile mode spectra for their accurate identification through ECD. A search strategy based on proper peak shape calibration was then employed to allow for ECD on a conventional unit mass resolution instrument with less stringent mass accuracy requirements, such as a the LXQ (Thermo Scientific; Waltham, MA, USA).

MS conditions. For the analysis of verapamil metabolites, the LXQ was used. The MS was operated on positive electrospray ionization (PEI) mode with the high voltage set to 4.5 kV and the capillary temperature tuned to 330 °C. Auxiliary gas flow and sheath gas flow were adjusted to be 5 and 40 (arbitrary units), respectively. Profile mode was used for the collection of all spectra for analysis.

Data acquisition and analysis. The data processing flow is described in Figure 1. The calibration with MassWorks software was created by acquiring the spectra first.7 This calibration was then applied to LC/MS data files to produce the spectra with a mathematically defined symmetric peak shape, as well as accurate mass values. A list of all possible molecular formula, and their corresponding theoretical profile spectra, was calculated, and determined by the estimated mass error. The calibrated profile spectra were then evaluated and compared with the theoretical spectra to generate a statistical measure — the root mean squared error (RMSE).

The external calibration created from the calibration mixture was then applied to the raw profile mode spectra. The algorithm improves the mass accuracy and corrects the profile mode spectra to a mathematically defined peak shape allowing accurate ECD in spite of the modest mass accuracy. Because of the external calibration used and the possible space charge effect intrinsic to ion trap instruments, the mass accuracy for verapamil and its related molecules can only be measured to within 50 mDa. The mass errors at this level are too large to perform effective elemental composition determination by conventional search algorithms, which depend solely on mass accuracy.

The improved mass accuracy obtained from the calibration (from a few hundred mDa to <50 mDa) significantly reduces the number of potential candidate formulae. The candidate formulae are used to generate theoretical isotope profiles, which were then matched to the experimentally measured spectra. Attempts to use isotope profile information to help identify unknown compounds have been reported previously with only limited success,6 primarily because these methods have to make rough assumptions on the peak shape function. A Gaussian peak shape was typically assumed, even though a finely tuned instrument will have a mass spectral peak shape that deviates significantly from this. This approach typically leads to poor search results, given that the isotope patterns among top hit molecules are quite similar, most of the time within 1–10% of each other (Figure 3). In the approach proposed here, the experimental spectra are calibrated such that their peak shape can be exactly described by a mathematical function. At the same time, all possible isotope profiles to be searched for are also calculated based on the identical mathematical function. As a result, this search strategy can detect small profile changes because of the changes in elemental composition. Any peak shape variation caused by instrument artifacts has been calibrated out to minimize or eliminate their interference with the search.

Table 1 A summary of ECD for verapamil and its related molecules by profile search.

This approach works even when the mass error for unknown molecules is as much as 100 ppm — a level of mass accuracy unsuitable for elemental composition determination through conventional approaches. This is demonstrated by the search on mass spectra from LC/MS of verapamil microsomal incubation. Verapamil, verapamil sodium adduct, demethylated verapamil, demethylated verapamil sodium adduct, all calibrated to a mass accuracy of about 100 ppm, were searched to determine their elemental composition by this new approach. Three of the compounds are ranked number one, and another ranked number four based on the RMSE statistics (Table 1). Searching against 544 possible formulae within the mass error window, demethylated verapamil comes out top (Table 2). The calibration standardizes the peak shape of both measured and theoretical spectra and makes it possible to distinguish very subtle differences as shown in Figure 3. The determination with this high level of confidence is better or similar to what can be achieved by conventional search algorithms at 5 ppm mass accuracy. For example, at less than 5 ppm mass error, the verapamil sodium adduct is ranked third with possible elemental compositions of C29H37N2O4 (0.7 ppm), C32H38O2Na (4.1 ppm) and C27H38N2O4Na (4.3 ppm).

Table 2 Elemental composition search for m/z 5 441.2341. Elemental search conditions and results: mass tolerance 5 60.0 mDa, double bond equivalents 5 1 to 35. 544 formula were evaluated with 78 results within the mass accuracy limits and the top 24 are listed.

While mass accuracy is very important for elemental composition determination, this experiment illustrates that, it alone does not typically give the best possible results. Equally important information pertinent to the elemental composition is contained in the isotope profile, which can only be taken advantage of when the mass spectral shape function is accurately known. When the information from isotope distribution is effectively incorporated into the elemental composition search, it was found that the required mass accuracy can be significantly relaxed, making it possible to perform elemental composition determination with only moderate mass accuracy obtainable on ion trap instruments. The authors have also demonstrated the ability to obtain even higher mass accuracy on quadrupole systems, which should further improve the selectivity. Such an approach is an important discovery and will become a powerful tool in challenging areas such as proteomics, metabolomics, as well as environmental applications that require rapid and comprehensive analysis of complex mixtures.

is founder and president of CERNO Biosciences, Danbury, CT (USA). 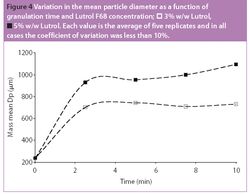 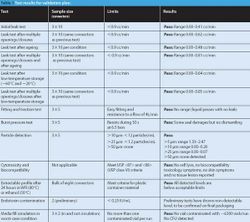