Is there a point in a CRO's life when contract services begin to look less attractive as a strategic business opportunity? Executives at PPD (NC, USA) seem to think so.

Is there a point in a CRO's life when contract services begin to look less attractive as a strategic business opportunity? Executives at PPD (NC, USA) seem to think so. In just one day in early April, the CRO announced two moves — an acquisition and a divestiture — that indicate the company is looking in a direction other than contract services for longterm growth.

The acquisition was Magen BioSciences (MA, USA), a biopharmaceutical company with a pipeline of dermatology candidates it has inlicensed from Eli Lilly and Company (IN, USA). Magen, which PPD acquired for $14.5 million (€10.7 million) in cash, also has discoveryrelated capabilities for screening compounds for efficacy and safety.

On the same day PPD announced the Magen acquisition, it announced its intention to sell its Piedmont Research Center (PRC) to Charles River Laboratories International (MA, USA) for $46 million (€33.8 million). PRC, which had revenues of $19 million (€14 million) in 2008, provides in vitro and in vivo discoverystage research and evaluation of anticancer agents and therapies.

Together, the two announcements suggest that PPD executives see bigger longterm opportunities in proprietary drug development than in contract research and development services, despite the higher risk. Although PRC is a tiny player in the discovery and preclinical research sector, PPD could have chosen to acquire a much larger position in that space. There are reportedly several sizeable preclinical CROs for sale, as well as some facilities owned by pharmaceutical companies, and PPD has ample resources to make a sizeable acquisition. At the same time, even a sizeable preclinical acquisition would have left PPD no better than the #3 or #4 player in the global preclinical segment, led by Covance (NJ, USA) and Charles River. PPD management has no intention of being anything less than #1 or #2 in its markets.

With revenues of $1.5 billion (€1.1 billion) and a position as one of the top two players in Phase II–IV clinical research (along with North Carolina's privatelyheld Quintiles, which doesn't disclose its financials), PPD is challenged to drive the aggressive longterm, topline growth its investors have come to expect from the services business. The company has delivered doubledigit revenue growth throughout this decade by expanding its global network and gaining market share as a preferred provider to major pharmaceutical companies. However, with Big Pharma radically restucturing its pipelines and outsourcing most clinical research, PPD's growth opportunity is probably declining. Further, given PPD's large revenue base, acquisitions in other service areas such as Phase I won't "move the needle" on revenue growth, as company CEO Fred Eshelman often points out.

Given these circumstances, investing directly in promising new products would seem to be an attractive option with relatively low risk. Begun in 1998, PPD's compound partnering programme largely seeks to inlicense earlystage compounds, take them through proof of concept, and outlicense them to larger partners for late clinical testing and commercialization. PPD absorbs the early development expense and gains revenues generated by licensing fees, milestone payments and commercial royalties. The programme yielded approximately $33 million (€24.3 million) in the past 3 years from dapoxetine, licensed to Johnson & Johnson (NJ, USA) for genitourinary indications, and alogliptin, licensed to Takeda (Japan) for diabetes indications. Dapoxetine received its first approvals in Europe earlier this year and Takeda has filed a new drug application for alogliptin (approval is not expected before 2010).

PPD's return on its partnering programme has been small thus far, but the filings of dapoxetine and alogliptin promise bigger income streams in the future. If the programme is to really "move the needle," however, PPD needs a larger pipeline. That's where the Magen acquisition comes in. Magen's dermatology compounds (the number hasn't been disclosed) are aimed at psoriasis, acne, dermatitis and more.

The compound partnering programme hasn't entailed a lot of risk for PPD either. Cost exposure has been relatively small because the costs of early development are relatively low. Writeoffs for failed investments have been small as well. In addition, the company views dermatology as a relatively low-risk indication.

Although PPD is now betting more on proprietary products, the company is not about to exit the contract research business. PPD is highly profitable, and has a secure market position and a large backlog of work under contract. Still, PPD seems to feel that the contract research market has moved into a very mature phase. 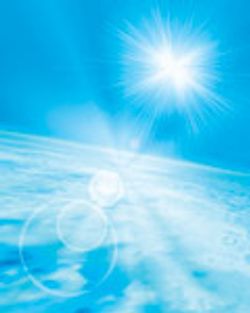 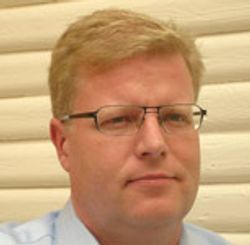 Where have we reached with REACH?