The manufacturing capacity-sharing model in biologics between Merck & Co. and MedImmune LLC ushers in a new paradigm of co-opetition.

The impetus for the companies’ manufacturing capacity-sharing agreement reflected larger trends in biopharmaceutical manufacturing. In the 1990s, many large pharmaceutical companies began building biologics manufacturing capacity in anticipation of advancing biologic-based drug candidates. At the same time, certain CMOs began to emerge to fill capacity requirements. As these changes occurred, during the 2000s, technology gains also started to significantly improve upstream yields, explained Michael Kamarck, president of Merck BioVentures. Kamarck spoke at the Drug, Chemical, and Associated Technologies Association (DCAT) Business Development Forum, Successfully Partnering PharmaceuticalManufacturing Throughout Product Lifecycle, which was held in mid-March in New York. Proprietary fermentation technology, for example, improved yields at the beginning of the decade from 0.5 to 1 g/L to 1–3 g/L in 2002, to 3–5 g/L in 2004 to 10 g/L in 2007. The confluence of increased manufacturing capacity that resulted from both improved technology and recently constructed greenfield biologic-based manufacturing facilities resulted in overcapacity on an industry level. “This evolution brought us to another chapter in biomanufacturing,” said Kamarck, pointing to strategic collaborations as a way to manage the capacity overflow and biomanufacturing needs.

The genesis of the Merck–MedImmune collaboration

The fundamental changes in biomanufacturing trends came into play with the biologics manufacturing capacity-sharing arrangement made by Merck and MedImmune in September 2011.

In 2007, AstraZeneca completed the acquisition of MedImmune, which became the biologics arm of AstraZeneca, incorporating the MedImmune assets, legacy AstraZeneca biologics assets, and Cambridge Antibody Technology, which AstraZeneca had acquired in 2006. A key manufacturing asset for MedImmune, which is headquartered in Gaithersburg, Maryland, is the company’s large-scale monoclonal antibody (mAb) manufacturing facility in Frederick, Maryland. Prior to its acquisition by AstraZeneca, in 2005, MedImmune committed to support 500 kilograms of production per year through the addition of two 15,000-L bioreactors, which would replace an original 2 x 2500 L plant. The additional capacity was intended to meet the mid-range product demand of MedImmune through 2013. In acquiring MedImmune in 2007, AstraZeneca further authorized an additional 500 kilograms of capacity to include a total of four 15,000-L bioreactor trains at the new Frederick facility.

When the MedImmune product for which the initial capacity was intended did not proceed through clinical development, MedImmune realized that existing products would not fill the site. The combination of a pipeline-delivery gap and the subsequent improvement in titres or grams-per-liter yields required an alternative solution to fill capacity. “This became the genesis of the concept for sharing capacity or selling it directly,” explained Andrew D. Skibo, executive vice-president of operations at MedImmune, who also spoke at the DCAT Business Development Forum. The business case for developing an alternative approach to utilizing capacity was clear, he said. Contrary to the original plan, the plant would not be fully utilized by MedImmune’s own pipeline until at least 2022 based on a three- to five-year delay in product commercialization and dramatically improved titres. In addition to the underutilization of the facility, the associated staff at the facility would be in standby status. “The skilled and trained staff was the highest value asset of concern,” said Skibo. “We wanted to retain key employees by getting them working in their area of expertise.”

With the motivation of covering operating expenses of staff and depreciation for the manufacturing assets, which was estimated at $100 million per year, the business case for developing a partnership for sharing capacity was made. In evaluating a potential partner, Skibo outlined that certain criteria came into play. The ideal situation would involve one or two partners with large-volume needs specific to needing capacity for mammalian cell culture (i.e., Chinese hamster ovary). The arrangement would require joint capacity planning in a long-term deal (i.e., 10 to 15 years). In an arrangement, MedImmune capacity needs would prevail, and reciprocity with capacity in other areas, such as microbial bulk capacity, high-capacity mAb filling, and live-virus filling would also be part of any agreement. “This criteria would preclude a strictly CMO-type agreement from working,” explained Skibo. “This type of arrangement would require the right people and people ‘chemistry.’ It is more than a financial agreement; both parties would have ‘skin in the game,’” he said.

Using those criteria, MedImmune selected Merck & Co. as its partner. The companies formed a 15-year manufacturing capacity-sharing agreement in September 2011 with Merck utilizing MedImmune’s Frederick, Maryland, facility for Merck bulk product manufacturing.The companies also are exploring the suitability of Merck’s facilities in the production of microbial-based compounds in MedImmune’s pipeline, and other potential manufacturing opportunities where business strategies intersect. Manufacturing began in the fourth quarter of 2011. The arrangement provides benefits to both parties. For MedImmune, the arrangement provides long-range utilization of excess capacity at the company’s Frederick facility while maintaining sufficient capacity for MedImmune’s own products. For Merck, the arrangement provides flexible and rapid access to capacity for the company’s maturing biologics pipeline, which includes biosimilar candidates.

Skibo points out that the deal represents a new model in pharmaceutical manufacturing, one based on “co-opetition,” a mindset that contains both cooperation and competition (1). A key consideration of a “co-opetition” model is that the players in the game of business include customers, suppliers, competitors as well as those that provide complementary rather than competing products and services. In the case of Merck and MedImmune, although both companies provide pharmaceutical products, there is no direct competition in the service being shared, namely biologics manufacturing capacity. The deal is structured to provide MedImmune and Merck a balance of lot cost versus production risk allocation that in combination is uniquely different than a typical CMO arrangement. Lot cost is based upon MedImmune’s own internal fully absorbed lot production costs. The risk associated with lot production reflects a traditional CMO assignment of risk. Merck pays for any additional specialized resources and/or capital expansion upgrades as needed. The initial focus is on cell-based compounds for which Merck develops the process and analytics through medium scale, so any future changes are limited to fit and manufacturing needs only. MedImmune can provide large-scale technology transfer out of the Frederick facility as needed and can decline to work on any specific project.

Since Merck and MedImmune announced their manufacturing-capacity arrangement, several other companies have partnered in biosimilars in a co-opetition-like or strategic partnership model. In February 2012, Biogen Idec and Samsung formed a joint venture, Samsung Bioepis to develop, manufacture, and market biosimilars in keeping with their agreement announced in December 2011. Under the agreement, Samsung is contributing $255 million of the $300 million for an 85% stake, and Biogen Idec is contributing $45 million for a 15% stake in the joint venture. The joint venture, which will be based in Korea, will contract with Biogen Idec and Samsung Biologics for technical development and manufacturing services. Samsung Biologics is a Samsung business formed in April 2011 to specialize in biopharmaceutical manufacturing. The joint venture will not pursue biosimilars of Biogen Idec's proprietary products.

Amgen and Watson Pharmaceuticals formed a collaboration in December 2011to develop and commercialize, on a worldwide basis, several oncology antibody biosimilars. Under the agreement, Amgen will assume primary responsibility for developing, manufacturing, and initially commercializing the oncology antibody products. Watson will contribute up to $400 million in codevelopment costs over the course of development, including the provision of development support, and will share product-development risks. In addition, Watson will contribute its expertise in the commercialization and marketing of products in specialty and generic-drug markets. The collaboration products are expected to be sold under a joint Amgen/Watson label. Watson will initially receive royalties and sales milestones from product revenues. The collaboration will not pursue biosimilars of Amgen's proprietary products.

Baxter and Momenta Pharmaceuticals also formed collaboration in December 2011 to develop and commercialize biosimilars. Baxter will provide its clinical- development and biologic manufacturing expertise while Momenta will provide its expertise in high-resolution analytics, characterization, and product and process development.

In looking ahead, Skibo observed, “Partnering to minimize investment risk will become commonplace in the future. It easier to justify a $600 million to $800 million investment when there is more than one pipeline to support, in addition to in-licensing, biosimilars, and novel products.” 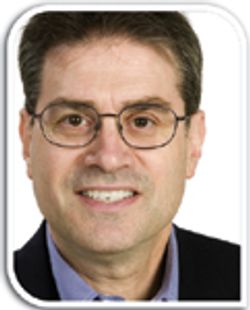