A roundup of company moves and positioning from the pharmaceutical industry and biotechnology industries, and contract service providers.

Under the terms of the agreement, Amgen will purchase Ilypsa for $420 million in cash, and Ilypsa will become a wholly-owned subsidiary of Amgen when the transaction is completed. Ilypsa's shareholders and both companies' boards of directors approved the acquisition. The deal is subject to customary closing conditions and regulatory approvals and is expected to close in the third quarter of 2007.

ILY101 is an orally administered, nonabsorbed polymeric agent that blocks the absorption of ingested phosphate. Studies suggest that ILY101 may heighten phosphate-binding selectivity and capacity compared with currently available polymeric phosphate-binding agents. ILY101 has completed Phase II trials in patients with CKD who are on hemodialysis. Amgen believes the agent is a strategic fit for its portfolio of nephrology drugs.

Thousand Oaks, CA (June 6)– agreed to acquire (Cambridge, MA), a privately held company developing treatments for diabetes and inflammatory disease for $300 million. Alantos' lead drug candidate, ALS 2-0426, is a DPP-IV inhibitor in clinical development (Phase IIa) for the treatment of Type 2 diabetes. The deal is expected to close in the third quarter of 2007.

London (June 4)–AstraZeneca acquired a biologics manufacturing facility in Montreal, Canada from (Heerleen, Netherlands). The 66,000 ft2 facility will be used to manufacture antibody drug candidates for clinical trials. Work will start to recommission the facility, and AstraZeneca plans to commence full-scale production in 2009.

In December 2005, DSM mothballed the Montreal facility as part of its strategy for DSM Biologics to focus on the development and out-licensing of a new manufacturing technology platform based on the "PER.C6" human cell line, in a joint venture with the Dutch biotechnology company

London (June 6)– completed its tender offer for all outstanding shares of (Gaithersburg, MD) AstraZeneca purchased nearly 220,000,000 shares, which represent approximately 91.6% of MedImmune's outstanding shares. AstraZeneca plans to effect a short-form merger on or about June 18, 2007 to complete the acquisition.

Aliso Viejo, CA (June 5)– will sell its manufacturing facilities in Humacao, Puerto Rico and Basel, Switzerland to Legacy Pharmaceuticals International. The sale includes the divestiture of Valeant's product "Reptilase." Terms of the agreement were not disclosed.

Cambridge, MA (May 30)– agreed to buy its US partner Bioenvision (New York) in an all-cash transaction.The acquisition's total value is approximately $345 million. Genzyme is pursuing the deal to gain exclusive rights to clofarabine, a cancer drug the companies developed together.

San Carlos, CA (May 24)– announced a restructuring plan aimed at reducing its ongoing spending. The company will cut 25% of its staff and reduce its spending by approximately $65 million. Nektar hopes the restructuring will allow it to accelerate the development of its pipeline. 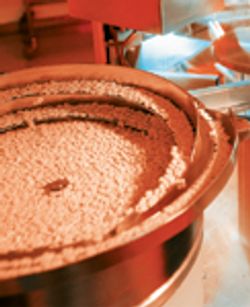