Venture-capital funding is up, but initial public offerings still are weak.

Financing in the biotechnology sector is an important determinant of the health of the biopharmaceutical sector, and thus far in October, financing trends show both strengths and weaknesses. Through the first 10 months of 2012, overall public financing in the life-sciences sector declined on a global basis but increased in the United States. Although financing raised from initial public offerings (IPOs) was down both globally and in the US, money from follow-on offerings in the US were up although follow-ons were down on a global basis. Private-venture capital funding, both globally and in the US increased through the first 10 months of 2012, and financing from a partnering and licensing deals increased on a global basis but declined in the US.

Overall, a total of 15 life-sciences companies have gone public in the US through the first 10 months of the year raising a total of $1.1 billion, a nearly 11% decline compared to the same period year ago, when 14 companies raised a total of $1.2 billion, according to Burrill & Company. For those companies with US IPOs in 2012, several companies had to cut their share prices. Seven companies that have gone public in 2012 had to cut their share price to get their deals done. On a global basis, the number of IPOs in the life sciences was 32, down from 41 in the year-ago period. The 32 IPOs through October 2012 raised $2.1 billion compared with $3.7 billion raised from the 41 IPOs, a 44% decline year-over-year.

Although IPOs were down, money raised from follow-on offerings in the US were up through October 2012 although financing from follow-on offerings on a global basis declined. US follow-ons for the first 10 months of 2012 raised $5.5 billion, a 28.7% gain year-over-year, according to Burrill & Company. October was a particular robust month. In all, 12 of the 15 life-science follow-ons in the US in October raised $640.5 million, up from just $6 million for the same period a year agoOn a global basis, follow-on offerings raised nearly $6.4 billion through October 2012, a 19.6% decline from the $7.9 billion raised in the year-ago period. The global follow-on totals included China’s already public Fosun Pharma’s $511.6 million initial listing on the Hong Kong Exchange.

Merger and acquisition (M&A) activity continued to trail 2011 levels as total global deal values reached $6.5 billion in the month of October, 9.1% less than the $7.1 billion in October 2011, according to Burrill & Company. Overall, the $94.7 billion in life-sciences deals announced during the first 10 months on a global basis is down 32.4% from the same period in 2011. US-based M&A was also down in the first 10 months of 2012, declining 12.4% to nearly $68.7 billion through October 2012. Large pharmaceutical and biotechnology companies have used M&A activity in 2012 to largely add new revenue sources and gain access to new markets and instead have relied on partnering transactions as a less risky way to get access to innovative drugs in development, observes Burrill & Company. Financing from partnering and licensing deals increased on a global basis through the first 10 months of 2012, up 12.8% to $33.0 billion. In the US, financing from partnering deals declined 6.3% to $16.8 billion. 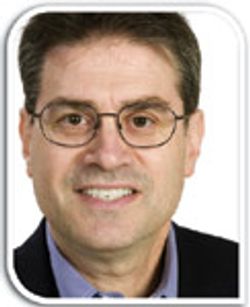