There's a lot of activity between the EMA and the FDA at the moment. Recently, reports have been published following two international pilot programmes regarding API inspections and good clinical practices (GCP). The outcome of the pilots? Success!

The first pilot involved the EMA, the national regulatory agencies of several EU member states, the FDA and Australia's Therapeutic Goods Administration (TGA), and concerned joint GMP inspections of API manufacturers. Such inspections have been a hot topic in the industry for some time because they offer the two-fold benefit of increasing the total number of sites inspected and reducing duplicate inspections for manufacturers. According to the final report on the programme, participants shared their surveillance lists and identified 97 sites common to all three regions, resulting in the exchange of nearly 100 inspection reports and 9 joint inspections. The pilot ran from December 2008 until December 2010 and, according to the report, collaboration in this area will continue and expand—initially to other European authorities.

"We consider the pilot to be a success because it achieved the aims that were set out at the start," a spokesperson from EMA told PTE. Indeed, it seems as if the pilot exceeded expectations. The spokesperson added, "We have moved from a situation of almost no international collaboration, at least at this level of detail, in the planning and conduct of API inspections in third countries and sharing of information, to a situation today where it has become second nature to always consider our international partners in connection with these activities."

The FDA also touted the success of the initiative in a press statement; for instance, the FDA prohibited imports into the US of a firm's products based on the negative findings from a European inspection. "The information-sharing and collaborative inspections were important milestones in establishing a sense of mutual trust and common purpose among the drug regulatory agencies involved," said the FDA in its statement.

The second pilot involved the EMA and the FDA, and was launched in September 2009 with the objective of sharing inspections information and GCP-related documents, and conducting joint inspections. As with the above pilot, the programme has been very productive. The agencies exchanged more than 250 documents relating to 54 different medicines and organised 13 joint inspections.

The final report said: "A considerable amount of information has been exchanged, and this communication has facilitated improvements in the agencies' inspection coverage and decision-making processes."

The agencies have said that the initiative will continue and that they will incorporate the lessons learned during the pilot.

Working out the bumps

Although promising, the collaboration is, of course, still in its early days and there are some bugbears that need to be worked out. For example, during the API inspection pilot, particularly in 2009, the report notes that a number of duplicate inspections occurred due to issues related to the 'Master List' of API sites, such as out-of-date information. The EMA also told PTE that the most significant desire is to have a "common, readily accessible and constantly updated database of sites with sufficient compliance and inspection information to be of use to all partners".

Overall, the reactions from the agencies involved has been positive, with the FDA describing the pilots in a press statement as "important stepping stones toward further global regulatory collaboration".

Moving forward, however, caution has been expressed about opening the project wider at this early point because of the added complexity. For now, the collaboration will continue in the existing format and will be extended to all the member states of the European Economic Area. As the bumps in the road are gradually smoothed, however, perhaps there will be input from additional parties. The report said: "Nevertheless, it is recognised that extending the programme to more comparable regulatory authorities and possibly the World Health Organisation would certainly need to be considered as a long-term goal, as an efficient worldwide programme of inspections of APIs would be a notable benefit for public health globally."

To save costs, Merck intends to slash its workforce by 12-13%, which equates to approximately 12000 to 13000 jobs. The news comes despite the company announcing double-digit growth from key products and new product launches.

Q2 has painted a murky picture of financing for the lifescience sector. Although venture capital (VC) funding for the sector strongly improved, biotechnology investing dropped in terms of overall dollars invested and the number of deals. The rise in VC investment may be partly attributed to an increase in exit activity.

Following the revision of China's State Food and Drug Administration last year, the agency has been seeking to enhance the quality of its pharma manufacturing industry. Among other things, the agency is standardising its inspection and certification procedures and requirements.

This summer saw the FDA approve its twenty-first product for the year, so it seems as if the agency is ready to outpace 2010's dreary approval rate when the agency only approved 21 drugs. In recent years, low approval rates have also plagued Europe, but the region's approvals now seem to be on the rise. 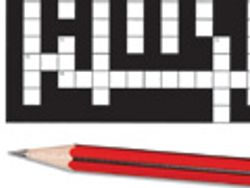