Depending on the success of the pilot, the PDF forms may become an alternative — and the recommended — format for submitting eCTD applications to the EMA. The forms were developed in collaboration with the EMA, European Commission services and medicines regulators in EU member states, and their content is identical to that of the current application forms published by the European Commission in EudraLex Vol. 2.

Companies wishing to participate in the pilot are being encouraged to register their interest so that they will receive any urgent updates. Details on how companies can take part are described in the EMA's Electronic Application Forms Pilot Guidance, available on the EMA website: www.ema.europa.eu

Eli Lilly plans to invest €330 million at its Kinsale location in Ireland to create a new biopharmaceutical commercialisation and manufacturing facility. The investment will lead to 200 new jobs, as well as an additional 300 construction roles during the building process.

The facility is planned to be approximately 24,000 ft2 and will produce treatments for illnesses such as cancer and diabetes. In a press release, Lilly's senior vice-president of global API and dry product manufacturing, Paul Ahern said, "This investment is part of Lilly's planned growth strategy and proof of our confidence in Lilly's pipeline of new products, many of which are derived from biotechnology."

Eli Lilly first established its presence in Kinsale in 1981 and the facility makes APIs for several of the company's products. The latest announcement marks the second significant investment that the company has made at the site in recent years. In 2006, the company committed to invest €300 million in a biopharmaceutical and new-product commercialization facility. The new facility came on line in 2010, but is still undergoing start-up activities. It is expected to manufacture commercial products in late 2013.

Ireland's investment agency, IDA Ireland, worked closely with Lilly to attract the investment. According to Ireland's Minister for Jobs, Enterprise, and Innovation, Richard Bruton, the government has recently outlined a range of measures that will be taken in 2012 to target high-end manufacturing and the health and life science sectors for growth and job creation.

Several other pharmaceutical companies have invested in Ireland recently. Most recently, Abbott Laboratories announced an €85-million investment at its manufacturing facility in Sligo at the beginning of February 2012. In September 2011, Pfizer and Merck & Co. invested €145 million and €100 million in Irish pharmaceutical operations, respectively.

Merck KGaA has announced measures to reduce costs and increase efficiency to ensure the long-term success of its business model. The measures are expected to result in workforce reductions across all businesses and regions. The measures will be implemented in two phases.

GSK recently recalled 394230 bottles of its antihypertensive drug DynaCirc CR (isradipine) controlled-release tablets. The lots were recalled due to concerns regarding the level of cGMP compliance and procedural controls related to line clearance during the packing process at a US-based facility of Novartis Consumer Health, where the product was made.

The FDA has released a draft guidance for direct-to-consumer (DTC) television advertisements in the US. Companies will have to submit their TV ads for FDA review at least 45 days before dissemination. After reviewing, the FDA can recommend changes to protect consumers or to be more consistent with prescribing information.

GlaxoSmithKline and Daiichi Sankyo have formed a joint venture hey claim will create the biggest vaccines company in Japan. The joint venture will seek to improve access to vaccinations in Japan, as well as introduce new vaccines and create better and more convenient combination vaccines. The new company will be called Japan Vaccine Co., Ltd. 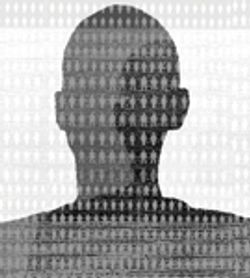 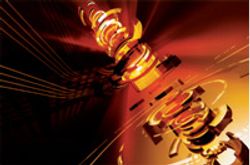 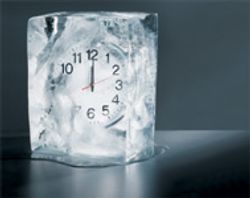