A round up of news from across the web, including trends from social social media platforms.

FDA approved 39 new molecular entities and new biologic licenses in 2012, up from 30 in 2011. December is typically an active month for FDA approvals and December 2012 was no exception, with FDA approving seven new drugs.

The management board of EMA has endorsed the agency's work program for 2013, as well as several activities relating to implementing Europe's new pharmacovigilance legislation. EMA says it expects approximately 100 applications for human medicines in 2013.

AbbVie, a specialty biopharmaceutical company recently spun off from Abbott, was officially launched in January. The new company will employ approximately 21,000 people in more than 40 countries.

The PATH Malaria Vaccine Initiative and Inovio Pharmaceuticals will be collaborating to advance the development of malaria vaccines using a new vaccine delivery technology that combines genetically engineered DNA with electroporation.

• A three-year agreement will see Janssen Pharmaceuticals and GlycoVaxyn working together on a multivalent bacterial vaccine.

• Almac and TTP Labtech's alliance will give customers of either party access to a range of biological applications coupled with microplate-reader technology.

• Mobile technology will be used to vaccinate children in Africa against common infectious diseases as part of a collaboration between GlaxoSmithKline and Vodafone.

• OPKO and Bristol-Myers Squibb have expanded their collaboration to identify biomarkers predictive of drug response in several therapeutic areas.

PharmTech is seeking reader input on process analytical technology and parenterals. Send your questions and thoughts to the editorial team at ssutton@advanstar.com.

"From 2013 onwards, we can expect to see more bolt-on acquisitions, more divestitures, and more offshore deals. "

"According to a recently conducted global survey, the overall reputation of the pharma industry declined more in 2012."

"With the release of a draft guidance on the evaluation and labeling of abuse-deterrent opioid formulations, FDA is one step closer to clarifying its thinking on acceptable formulations for this product class. " 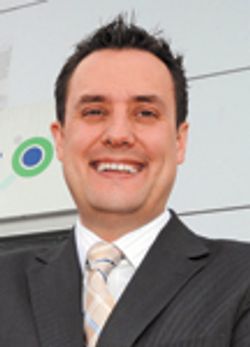