Published on: September 6, 2017
Cynthia A. Challener

Increased competition, the diversification of biologic drug substances, and globalization of manufacturing have accentuated the need for processes that are not only compatible with modular, flexible, smaller plants but also carry reduced total costs. Continuous and intensified processing is an attractive alternative that fits the needs of current and future manufacturing requirements.

Cell-culture media directly impact the performance of upstream biomanufacturing processes; they dictate the potential productivity and reproducibility of specific processes while also influencing product quality attributes, according to Andrew Bulpin, head of process solutions for MilliporeSigma. “Cell-culture media must be optimized for each process, particularly perfusion processes and fed-batch systems that support higher profile fed-batch processes designed to minimize cost and speed development,” he observes.

In addition to the cell line and cell-culture process parameters, cell-culture media is a key driver of bioproduction processes. Cell-culture media can have significant impacts on cell growth and viability and also drive protein production and protein quality, according to James Brooks, manager of worldwide media services and media development for BD.

While significant time and effort are invested in the generation of an optimal cell line--from transfection to isolation and cloning, to full characterization--it is often the case that little thought is given to selection of the optimal medium for the clone, according to Brooks. He also notes that sub-optimal formulations have been shown to have deleterious effects on bioproduction processes and limit the potential of cell lines.

Cell-culture media provide not only nutrients to the cell, but stimulatory and regulatory effects. “Media can impact cellular signaling pathways and be involved in the regulation of enzymatic activity within the cell,” Brooks explains. For example, metals contained within media formulations, such as manganese, copper, and iron, can serve as co-factors for enzyme activation and play a key role in driving protein titer and protein quality. In addition, sufficient levels of amino acids are required for normal cell growth and function, but also for the production of the correct target protein,” Brooks says. “Limitations in the amino acid compositions in some chemically defined (CD) media formulations have been shown to result in amino acid substitutions and the generation of sequence variants of the target proteins,” he says.

The inherent diversity and complexity of animal cells limit the applicability of a universal cell culture media that can be used across all different production processes with optimal performance. Each cell line is unique, and to achieve its full potential, it is imperative to match an individual cell line with the optimal cell-culture medium that specifically meets its metabolic requirements.

From the isolation of Chinese hamster ovary (CHO) cells into culture in the 1950s, Brooks notes, the cell line has diverged significantly, giving rise to a multitude of CHO subtypes and lines used for bioproduction today. “Each CHO subtype and each individual clone has its own specific nutritional and metabolic requirements. Through a medium optimization process, these requirements can be met, allowing the cell line to reach its full potential,” he explains.

“Customization of a cell-culture medium requires the right tools and a specialized team of experts that can guide clients in the right direction and/or modify an existing formulation or design a new one if necessary in a minimum amount of time,” states Bulpin.

Companies have been moving toward the use of chemically defined media to avoid the potential contamination issues associated with animal-derived ingredients. They have been challenged, however, to achieve the increasingly higher volumetric productivity levels now expected for fed-batch systems, according to Bulpin. “Chemically defined media are not necessarily the optimal process solution,” Brooks agrees.

Nutritional limitations in chemically defined media formulations have been shown to impact protein titer and protein quality. Additionally, chemically defined does not mean chemically pure, according to Brooks. “Contaminants in CD media, such as trace elements present in vitamin stocks and some salts, have been repeatedly shown to impact cell-culture processes, particularly protein quality,” he says. Multiple companies have, in fact, published information where trace element contaminants in their CD formulations have impacted their monocolonal antibody (mAb) titers or glycosylation profiles, according to Brooks. “This issue is particularly pertinent in the development of biosimilar mAbs, where it is critical to match the quality parameters of the originator molecule,” he adds.

Bulpin notes that nutrients that were traditionally supplied with complex solutions such as hydrolysates need to be now supplied as individual chemically defined chemicals. Some of these nutrients, such as cysteine and tyrosine, have a maximum solubility and stability level below the concentration requirements for optimal performance. “In order to overcome this issue, companies choose different strategies; most commonly, feed solutions are divided in multiple parts, often with extreme pHs, and clients need to add them separately to the bioreactor, leading to potential unwanted pH shifts,” says Bulpin.

MilliporeSigma developed a single-feed concept in which the nutrients are concentrated to more than 130g/L, allowing a reduction of the volume of feed added to the medium and thereby increasing the volumetric productivity. The feed is added at neutral pH using a simple reconstitution protocol and high solubility, according to Bulpin. It also contains cysteine and tyrosine derivatives that have been shown to release free cysteine and free tyrosine slowly throughout the culture. “This time-dependent release avoids tyrosine depletion, which can lead to sequence variants. It also results in free cysteine release while maintaining a reduced redox environment, which has been related to higher cell growth and productivity,” Bulpin says.

Poloxamer-188, which has traditionally been available from only a single supplier, is a specific cell-culture ingredient that has caused difficulties in biopharmaceutical manufacturing in recent years. “Significant numbers of lots have resulted in toxic or low shear stress-protectant effects for cells,” Bulpin explains. MilliporeSigma developed an analytical test that allows the identification of the desire variety of poloxamer-188 and is employed by the company to validate each lot of poloxamer-188 to be used in cell-culture media. In addition, MilliporeSigma worked intimately with an alternative manufacturer and has validated this producer as a second supplier for poloxamer-188, according to Bulpin.

The issues with chemically defined formulations are creating a renewed interest in peptone supplementation for cell-culture media across the biopharma industry, according to Brooks. “While chemically defined remains the ultimate desire, peptones continue to be used as cell-culture media supplements to enhance production and protein quality,” he says. “Peptones are well-characterized and long-established cell-culture supplements and feeds that can enhance cell growth and/or protein titer while helping maintain or achieve desired protein quality. The rich composition of peptones enables them to serve as an optimal nutritional source for cell culture. Peptones have also been shown to inhibit apoptosis and positively affect cell cycles,” Brooks adds.

The need for perfusion solutions

The continued move toward perfusion-based production has highlighted the need for more optimally designed formulations that can support the perfusion process. “It is a challenge to achieve steady-state, high-density cultures while maintaining consistent product quality. Most media formulations today are not designed for this application,” states Brooks. The overall cost of the base medium for perfusion processes is also a concern. With higher perfusion rates and medium exchange rates as frequent as 1-2 times per day, significant volumes of media can be consumed during a perfusion process. “It is therefore essential to have a medium that can achieve the desired growth, titer, and quality parameters within a cost-effective and manageable process,” Brooks asserts.

In response to this need, MilliporeSigma developed and recently introduced a medium specifically for use in perfusion processes. It is designed to reduce the medium exchanges per day in a perfusion process while maintaining or even increasing specific productivity and product quality, according to Bulpin.

MilliporeSigma expects biopharmaceutical industry needs for intensified fed-batch and perfusion processes and for high control over protein quality attributes to continue to increase, according to Bulpin.

Brooks agrees that protein quality continues to be a major concern and focus in the industry--particularly given the increasing numbers of biosimilars and biobetters in development--and must be considered when developing cell-culture medium formulations. “The best way to make sure the formulation in use provides acceptable protein quality, such as N-glycan or charge-variant profiles, is to optimize the formulation specifically to match the cell line metabolic requirements,” he says.

Protein quality supplements designed to modulate quality parameters following addition to existing cell-culture base media, are also beginning to emerge in the market, according to Brooks. “The most efficient way to achieve the desired protein quality parameters, however, is through the development and customization of the cell-culture medium to the specific cell line in use,” he stresses. 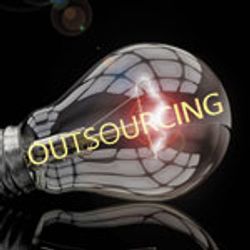 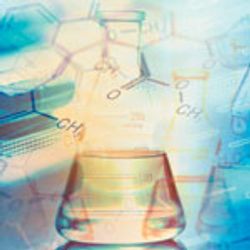 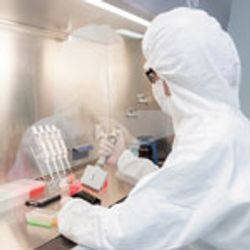