Leading professionals join the community of experts panel of Sourcing and Management.

In this issue of Sourcing and Management, we are pleased to announce the addition of a community of experts panel to the eNewsletter. The panel consists of leading professionals involved in the synthesis, manufacture, and sourcing of active pharmaceutical ingredients and intermediates, and experts in formulation and dosage-form manufacturing. The community of experts will lend its expertise to the eNewsletter by providing reviews of technical articles as well as offering perspectives on topics of relevance to pharmaceutical manufacturers and their suppliers.

John McCarty, vice-president of formulation sciences at Azopharma, has held management positions in research and development at Key Pharmaceuticals, Schering-Plough, and Pharmavene (acquired by Shire Pharmaceutical). He is also the founder of Pharmaceutical Productions, an international consulting firm. He has expertise in developing oral solid dosage forms, biologicals, parenterals, buccals, topicals, transdermals, liquids and semisolids, aerosols, controlled-release and novel drug-delivery systems. In addition to dosage-form development, he has prepared the CMC sections of numerous investigational new drug applications, new drug applications, and other regulatory applications and has been a technical representative at meetings with the US Food and Drug Administration. He is an inventor of 17 US and foreign patents and holds bachelor's degrees in chemistry and microbiology from Florida Atlantic University.

Micheal Cannarsa, PhD and director of Almac Sciences, was previously general manager of Chiral Quest, a company commercializing asymmetric chemocatalysis for pharmaceutical manufacture. Before joining Chiral Quest, he managed the US custom manufacturing business for Chemi SpA. He has more than 15 years of experience building business in pharmaceutical fine chemicals. He has held senior business development positions and led technology acquisition efforts at Synthetech, Symyx Technologies, and PPG-Sipsy. Dr. Cannarsa received his PhD in organic chemistry from Cornell University and his bachelor’s degree from Georgetown University.

Stephen Munk, PhD, president, CEO, and member of the board of directors of Ash Stevens, is experienced in drug discovery, development, and manufacturing as both a scientist and manager. Before joining Ash Stevens in 1997, he worked at the pharmaceutical company Allergan as a drug-discovery scientist and served as the co-team leader of the adregenic drug-discovery team. Since joining Ash Stevens in 1997, the company has received nine FDA approvals to manufacture novel drug substances. Those approvals include approvals for bortezomib, clofarabine, and 5-azacitidine during a period in which only a total of 85 new molecular entities were approved by FDA. In addition to the management of science and API production, Dr. Munk directed the design and construction of a new, state-of-the-art  API manufacturing plant at Ash Stevens.  He earned his PhD in organic chemistry from the University of California at Berkley and was an American Cancer Society postdoctoral fellow at Purdue University conducting studies in medicinal chemistry and molecular biology. Dr. Munk also serves as an adjunct professor of chemistry at Wayne State University.

Shaukat Ali, PhD and technical services manager at BASF, has more than 17 years of experience that include liposome formulations and drug delivery, transdermal and intraoral film delivery, solid oral dosage coatings and granulation, lyophilization and injectable formulations, analytical methods development, and regulatory and CMC experience. Prior to joining BASF in 2004, Dr. Ali also held technical and management positions with Lavipharm Laboratories, Penwest Pharmaceuticals, Protarga, and the Liposome Company. Dr. Ali holds a PhD in chemistry from the City University of New York, a master's degree in chemistry from Laurentian University, and a bachelor’s of science in chemistry from Gorakhpur University. He also has completed postdoctoral work at Cornell University and the University of Minnesota.

Mark Griffiths has 24 years of experience in designing, building, qualifying, and operating pharmaceutical research, development, and manufacturing facilities. He has designed and built facilities ranging from research and development laboratories for organics and biologics to manufacturing facilities for APIs, secondary pharmaceuticals, and cytotoxic, highly potent materials. He has also audited  many of these types of facilities and was responsible for a number of successful audits carried out by FDA. Formerly a CEO of successful and highly regarded Swiss-based CMO, Griffiths also has worked for a number of engineering design organizations and has held positions with several fine-chemical and pharmaceutical organizations, including British Petroleum, SmithKline Beecham Pharmaceuticals, and Sigma-Aldrich. Griffiths is owner of Cosam Developments, a multidiscipline pharmaceutical consultancy, and is also engaged in the design, development, and operations of API and secondary manufacturing facilities in India, China, Saudi Arabia, and Europe. He holds a master’s degree in engineering from Bristol University in the United Kingdom.

David Rozzell, vice-president of biocatalysis technology and applications at Codexis, was the founder and CEO of BioCatalytics and joined Codexis in conjunction with the acquisition of BioCatalytics by Codexis in July 2007. He has more than 25 years of experience working in the field of biocatalysis and enzyme technology. He received his PhD in chemistry from Harvard University and a bachelor’s of science in chemistry from the University of Virginia.

Pieter de Geus, senior vice-president of research and development at DSM Pharmaceutical Products, has held several management positions in recombinant protein production and engineering at Plant Genetic Systems, Unilever Research, Gist-Brocades, and DSM. In 1997, he was named site director of DSM Biologics in Groningen, The Netherlands, where he managed the transition of the company from a development-services company to a CGMP contract manufacturing company, with its first commercial product approved by FDA in 2004. He was one of the main initiators for establishing the joint venture between DSM Biologics and Crucell that focuses of the development of the human cell technology platform, “PER.C6” for producing biopharmaceutical proteins. In 2006, Dr. de Geus became senior vice-president of research and development for DSM Pharmaceutical Products. His responsibilities consist of research and technology advancements in biopharmaceutical manufacturing, API manufacturing, and drug-product formulation development. He received his PhD in biochemistry for the University of Utrecht in the Netherlands.

Stephen Grieve, director and team leader of technical development and regulatory affairs at Pfizer CentreSource, joined Pfizer CentreSource from its predecessor company, The Upjohn Company in 1980 as a quality-control professional. He subsequently has had positions of increasing responsibility, reflecting his expanding scope of expertise, encompassing site specific, regional, national, and international quality control, quality assurance, and regulatory compliance issues. Most recently, he served as director and team leader of quality-control and systems. He holds a master's degree in business administration from Western Michigan University and a bachelor of science in chemistry from Indiana University of Pennsylvania.

Ed Roullard, vice-president of SAFC Supply Solutions, joined Sigma Aldrich in 2000 and was previously European director of SAFC in Munich, Germany, where he was responsible for sales, marketing, and operation of the European region. Prior to his roles with SAFC, Ed served as director of process improvement at Sigma Aldrich, where he was responsible for driving service, quality, and cost improvements for the organization. He holds a bachelor of science from Cornell University and a master of business administration from Washington University in St. Louis. 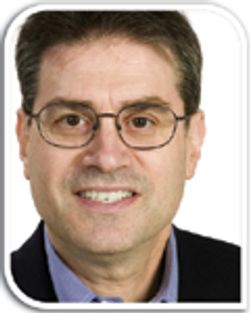 REACH's Impact on the Pharmaceutical Industry