Growth in emerging markets and across the generic-drug sector shifts the global demand and supply of active pharmaceutical ingredients.

The pharmaceutical industry faces a changing global footprint for the supply and demand of active pharmaceutical ingredients (APIs). These trends reflect the end-market conditions of increased generic drug incursion, a slowing of new product introductions, and the rise of emerging markets, particularly the BRIC countries (Brazil, Russia, India, and China).

The value of the global pharmaceutical market is expected to increase 4–6% on a constant-dollar basis in 2010 and reach $825 billion, according to estimates issued in October 2009 by IMS, the research firm's latest estimates. IMS projects comparable growth in the near term, with the global pharmaceutical market increasing at a compound annual growth rate of 4–7% through 2013, when the market is expected to reach in excess of $975 billion.

Better growth prospects in the US, the single largest national market, are helping to lift demand. "Overall, market growth is expected to remain at historically low levels, but stronger-than expected demand in the US, is lifting our short- and longer-term forecasts," said Murray Aitken, senior vice-president of Healthcare Insight at IMS, in an Oct. 7, 2009, press release. "The economic climate will continue to be a dampening influence in more mature markets, particularly in those countries with rising budget deficits and publicly funded healthcare systems."

The US pharmaceutical market is expected to increase 4.5–5.5% in 2009 and 3.5% in 2010, according to October 2009 estimates by IMS. Although prospects in the US market are better than earlier projected, the global market will continue to be pressured by the patent expiry of innovator drugs and fewer new product introductions over the several years. This imbalance is the primary factor limiting global pharmaceutical market growth to the mid-single digits through 2013, according to IMS.

Products now generating $137 billion in value are expected to lose patent protection through 2013. Some key patent expiries include Lipitor (atorvastatin) by Pfizer (New York), Plavix (clopidogrel) by sanofi-aventis (Paris) and Bristol-Myers Squibb (New York), and Seretide/Advair (salmeterol and fluticasone) by GlaxoSmithKline (London). Lipitor, Plavix, and Seretide were respectively the number one, two, and fourth-selling drugs in 2008 with respective global sales of $13.7 billion, $8.6 billion, and $7.7 billion and respective US sales of $7.8 billion, $4.9 billion, and $4.4 billion.

Despite economic conditions affecting some emerging markets, projected growth in the BRIC countries, Turkey, South Korea, and Mexico is still strong as these markets are expected in aggregate to increase by 12–14% in 2010, and 13–16% through 2013, according to IMS. China's pharmaceutical market, alone, is expected to increase in excess of 20% per year and contribute 21% of overall global pharmaceutical growth in 2013.

The demand patterns for APIs parallel end-market trends with projected strong growth in emerging markets and for generic APIs. The global API market, which includes captive use, or APIs used from pharmaceutical companies for in-house production of finished-dosage forms, and the merchant market, or APIs manufactured by third-party providers, was valued at $91 billion in 2008, according to a report by the Chemical Pharmaceutical Association (CPA). CPA is a Milan-based association representing Italian producers of intermediates and APIs for generics.

Of the $47.9 billion total in 2007, spending was greatest in Phase III and in prehuman/preclinical development, which respectively accounted for 28.5% and 27.3% of total R&D spending by PhRMA member companies. R&D spending for the rest of development broke down as follows: Phase I (7.4%), Phase II (13.0%), Approval (5.0%), Phase IV (13.4%), and uncategorized (5.2%). The drugs under development also were largely developed internally by the large companies. Self-originated compounds accounted for $27.1 billion, or 74.1%, of domestic R&D spending by PhRMA member companies in 2007. In-licensed compounds accounted for $63.3 billion, or 17.2%, and 8.7% of the drugs were uncategorized. Overall, there were approximately 2900 drugs in clinical development or awaiting review by the US Food and Drug Administration in 2009. 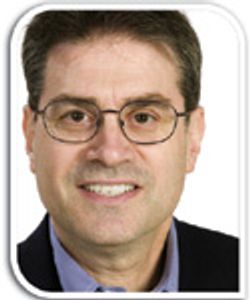