The authors review seven polymer classes that can be used to prepare solid-dispersion formulations.

The Handbook of Pharmaceutical Excipients lists several generally regarded as safe (GRAS) polymers that have been used in the pharmaceutical industry for decades in a variety of applications. More recently, these polymers have been used in solid-dispersion technology to enhance the solubility of active pharmaceutical ingredients (APIs) to increase bioavailability. These polymers have been used for various purposes, including as binders, fillers, and disintegrants in tablet formulations, enteric coatings, and controlled- and sustained-release matrix systems. Ample stability and safety data demonstrate that these polymers are ideal for solid-dispersion formulations. Further research during the past decade in solid-dispersion technology and process technology has established that stable solid dispersions that enhance solubility can be prepared at commercial scale through spray drying and melt extrusion. This article reviews seven classes of polymers that can be used to prepare solid-dispersion-based formulations. When properly formulated and processed, the result is a polymer-drug matrix, which has excellent shelf-life stability and can improve drug solubility and bioavailability.

These seven polymer types can be grouped into two categories: nonenteric polymers and enteric polymers. Although several of these polymers can increase the dissolution rate of APIs, careful consideration of API permeability properties is necessary when choosing the appropriate polymer. For example, enteric polymers may not be considered useful for APIs with a narrow permeability window, for example. An improperly formulated solid dispersion may enhance the apparent API solubility but not significantly improve API bioavailability.

Copovidone. Copovidone is a synthetic polymer of 1-vinyl 2-pyrrolidone and vinyl acetate in a 60:40 ratio. Copovidone has been used in pharmaceutical formulations for decades as a tablet binder and film former. Most commonly, copovidone is used as a binder in direct compression and dry granulation applications. Copovidone is chemically compatible with most organic and inorganic pharmaceutical ingredients (1). For solid-dispersion applications, both monomer units are capable of accepting hydrogen bonds stabilized through carbonyl acetate groups and carbonyl pyrrolidinone groups.

Copovidone is readily soluble in multiple organic solvents, including acetone, dichloromethane, methanol, ethanol, and mixtures, thereby making it ideal for preparing spray-dried dispersions. This copolymer remains chemically and physically stable in various organic solutions for several days. For spray-drying applications, the relatively high glass-transition temperature of copovidone (106 °C) aids in producing desired particle size and bulk-density powders with good product yield. Furthermore, the lower glass-transition temperature of the material as compared with the homopolymer povidone makes it ideal for melt-extrusion processing. Copovidone has been processed in melt-extrusion application at temperatures in excess of 180 °C without visual degradation (2). Typically, plasticizers are not necessary for melt-extruding solid solutions with copovidone but they can be used if necessary. One limitation of copovidone is its hygroscopicity, which can weaken solid-solution stability in humid environments. This concern, however, can be overcome with proper packaging and storage.

Povidone. Povidone is a synthetic linear polymer of 1-vinyl-2-pyrrolidinone groups that contains varying degrees of polymerization that result in polymers with various molecular weights. The different grades of povidone are distinguished by K-value, a measure of specific viscosity which correlates to molecular weight. Commercial grades of povidone range in K-value from K-12 to K-90. Povidone has been used for decades as a dissolution enhancer, suspending agent, and tablet binder. Most commonly, povidone is used as a binder in wet-granulation application. Lower molecular weight povidones such as K-12 and K-17 are regarded as safe for parenteral formulations and as solubility enhancers for liquid-filled soft-gelatin capsules. The K-30 polymer can be used in ophthalmic formulations and all povidones can be used in oral formulations. Povidone is chemically compatible with most organic and inorganic pharmaceutical ingredients (1). For solid-dispersion applications, the 1-vinyl-2-pyrrolidinone group is capable of accepting hydrogen bonds that are stabilized through carbonyl pyrrolidinone groups.

Povidone also is readily soluble in multiple organic solutions including acetone, dichloromethane, methanol, ethanol, and mixtures thereof, which make it ideal for preparing spray-dried dispersions. Povidone remains chemically and physically stable in various organic solutions for several days. The glass-transition temperatures of povidones increase with increasing molecular weight (120–174 °C /from K-12–K-90). As a result, using melt-extrusion technology without plasticizers makes it difficult to process high molecular weight povidones. In spray-drying applications, however, the high glass-transition temperatures of these polymers aids in producing desired particle size and bulk-density powders with good product yield. One limitation of povidone is its hygroscopicity, which can weaken solid solution stability in humid environments. This challenge can be overcome with proper packaging and storage.

The solubility parameter (δ) of povidone has been calculated using the Hansen method, the van Krevelen and Hoftyzer method, and the Hoy method at 23.1 MPa½, 22.2 MPa½, 22.9 MPa½, respectively (3).

Hypromellose. Hypromellose is a natural cellulose that is synthetically modified to produce partly O-methylated and O-(2-hydroxypropylated) cellulose. It is available in several grades that vary in viscosity and extent of substitution. Hypromellose also has been used for decades as a bio-adhesive material, coating agent, dispersing agent, dissolution enhancer, emulsifying agent, emulsion stabilizer, foaming agent, modified-release agent, solubilizing agent, stabilizing agent, tablet binder, and thickening agent. In oral formulations, hypromellose can be used as a tablet binder for wet- and dry-granulation processes, a film coating agent, and as a matrix in extended-release formulations (1). For solid-dispersion applications, the aliphatic–hydroxyl groups of the natural cellulose and the synthetic 2-hydroxypropoxyl groups are capable of donating hydrogen bond to APIs with hydrogen-bond accepting groups. The synthetic aliphatic methoxyl groups are comparably weak hydrogen-bond acceptors. In most cases, hypromellose is compatible with APIs with hydrogen-bond accepting groups.

Various grades of hypromellose have glass-transition temperatures ranging between 160 °C and 210 °C but they show significant degradation at temperatures in excess of 250 °C (4). Hypromellose is challenging to melt extrude because of its high glass-transition temperature and low degradation temperature. As a result, the polymer has a narrow processing window for hot-melt extrusion. Typically, at least 30% by weight of a plasticizer is required to melt extrude hypromellose (4). However, high levels of plasticizer can help to reduce amorphous solid solution stability. Hypromellose-based solid solutions are also susceptible to high humidity environments (1).

Several enteric polymers have been studied for solid-dispersion application, including hypromellose acetate succinates, hypromellose phthalates, cellulose acetate phthalates, and polymethacrylates. Low amounts of these polymers are typically used as coating agents for pharmaceutical application, but manufacturers are conducting extensive toxicology studies to make them suitable for solid-dispersion application. Following compression, these polymers show faster disintegration properties than nonenteric polymers but the API dissolution of these solid-dispersions can be highly pH dependent, thereby affecting permeability and bioavailability.

HPMCASs are practically insoluble in all organic solvents, but they can form a clear or turbid viscous solution with the addition of acetone, or a mixture of ethanol and dichloromethane (1). The viscous solution is difficult to maneuver in spray-drying applications at the commercial scale, but the process can work with proper solution preparation and spray-drying parameters. HPMCAS polymers have glass-transition temperatures ranging between 120 °C and 135 °C (6). Limited information is available on onset degradation temperatures. Plasticization by APIs may be necessary to safely melt extrude HPMCAS-based solid dispersions. In spray-drying applications, the high glass-transition temperatures of these polymers aids in producing desired particle size and bulk density powders with good product yield.

Hypromellose phthalates are insoluble in dichlormethane, methanol, isopropanol, ethyl acetate, and ethanol but demonstrates desired solubility in acetone, tetrahydrofuran, mixtures of dichloromethane and methanol, mixtures of dichloromethane and ethanol, and mixtures of acetone and methanol (1). The insolubility of hypromellose phthalate in single-solvent systems makes it challenging to conduct simple drug-compatibility studies and spray-drying applications. However, solvent mixtures can be effectively prepared for commercial spray drying by using proper spray-drying optimization.

HP-50 and HP-55 have glass-transition temperatures of 150 and 145 °C, respectively (6). Hypromellose phthalates remain chemically and physically stable at room temperature for several years but are susceptible to hydrolysis under elevated temperature and humidity conditions (1). Limited information is available regarding hypromellose-phthalate stability during hot-melt extrusion under high shear or high temperature. A plasticizer or an API with plasticizing attributes may be necessary to effectively melt extrude hypromellose phthalates.

Cellulose acetate phthalate. Cellulose acetate phthalate (CAP) is a natural cellulose that is synthetically modified. Half of the CAP hydroxyl groups are acetylated and approximately one quarter are esterified (one of the two acid groups is phthalic and the other acid group remains free). CAP is used in oral pharmaceutical formulations as an enteric coating material. CAP concentrations in oral formulations are typically limited to 0.5 to 0.9% of tablet core weight (1). Much higher concentrations are typically required to prepare stable solid dispersions.

Cationic methacrylate is soluble in methanol, ethanol, isopropanol, acetone, dichloromethane, ethyl acetate and various other solvents making it a suitable solvent for spray-drying application (8). The low glass-transition temperature of the polymer (48 °C) makes it difficult to use in spray-drying applications but makes it ideal for use in hot-melt extrusion processing.

The Type A and Type B anionic copolymers remain soluble in methanol, ethanol, isopropanol, and acetone. This solubility makes them suitable for solvent-based spray drying (8). It is not possible to determine the glass-transition temperatures of Type A and B copolymers because the functional groups become damaged at temperatures greater than 150 °C (8). Plasticizers must be used to successfully melt extrude these polymers and barrel temperatures must be effectively controlled to prevent polymer degradation. Triethyl citrates, polyethylene glycols, acetyl triethyl citrate, some butyl citrates, polysorbates, dibutyl sebacate, triacetin, and 1,2-propylene glycol can be used to plasticize these copolymers (8). For spray- drying application, these polymers' high glass-transition temperatures aids in producing good particle size with good product yield.

Methacrylic acid copolymer Type C is an anionic copolymer of methacrylic acid and ethyl acrylate in a 1:1 ratio, that also contains 0.7% sodium lauryl sufate and 2.3% polysorbate 80, as emulsifiers (9). This copolymer mixture is reportedly soluble/permeable in intestinal fluid at pH ranges of 5.5 and higher (8). Similar to Type A and B copolymers, the Type C copolymer is capable of donating hydrogen bonds through the methacrylic acid monomer unit and can also accept hydrogen bonds through the ethyl acrylate monomer unit. These anionic interactions, however, can be detrimental to drugs that are susceptible to anion catalyzed reactions.

The Type C anionic copolymers are soluble in ethanol, methanol, isopropanol, and acetone but insoluble in dichloromethane (8). These solvents are also suitable in spray-drying applications. Their lower glass-transition temperature (110 °C) makes the copolymer mixture ideal for spray-drying application and melt-extrusion processing. If necessary, plasticizers such as those compatible with Type A and Type B copolymers can be added to increase melt-extrusion throughput.

When developing solid-dispersion formulations of poorly soluble APIs, one must do the following: compare the API functional groups with the polymer functional groups, compare the API solubility parameters with polymer solubility parameters, and analyze the expected permeability of the API to determine which polymers to evaluate for solid-dispersion technology. The most soluble or most stable formulation should not necessarily always be chosen for further process development because many factors (e.g., API permeability window, polymer supply, polymer toxicology, physical product characteristics, and processing yields) can have a substantial impact on the final product. These issues must be considered before moving forward with product development.

Timothy Bee is a senior director and Mohammed Rahman* is a project leader/solid-dispersion scientist, both at International Specialty Products (ISP), tel. 410.910.7414, mrahman@ispcorp.com, www.isppharmaceuticals.com. 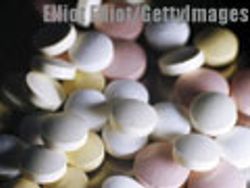 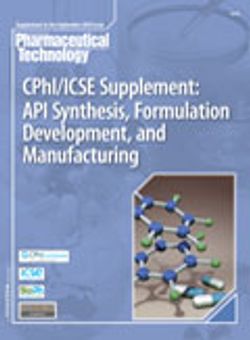