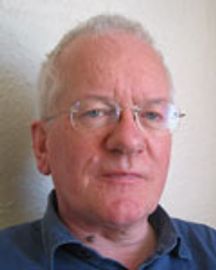 Greater clarity and harmonization in ATMP regulations are needed to promote the development and commercialization of these therapies.

The number of advanced therapy medicinal products (ATMP) on the market in Europe is, as in the rest of the developed world, fewer than expected despite the large number of academic projects, start-ups, and small- and medium-sized enterprises (SMEs) involved in their development. The low level of commercialization of the advanced medicines covering gene and cell therapies and tissue-engineered products has been attributed to a variety of factors such as the complexity of the technologies, high development costs, low investment returns, and difficulties with manufacturing processes.

Regulatory issues have also become a major barrier in Europe with the European Union struggling to keep up with the relatively fast changes in technologies and manufacturing and supply-chain procedures. Also, there are still significant inconsistencies between the regulatory objectives of individual countries and, at the EU level, of the European Commission, the EU executive, and the European Medicines Agency (EMA), which is responsible for the marketing authorization of ATMPs.

These regulatory problems were the main focus of a regulatory affairs conference in London in December 2017 organized by European Biopharmaceutical Enterprises (EBE), part of the research-orientated European Federation of Pharmaceutical Industries and Associations (EFPIA). The meeting took place approximately six weeks after the European Commission and EMA published a joint action plan (1) to “improve the regulatory environment for ATMPs” and two weeks after the issuing of the long-awaited EU guidelines (2) on GMP specific to the products. The lack of GMP rules on ATMPs, a requirement first laid down in a 2007 EU regulation on advanced therapy products (3), has been a big gap in the regulations on the medicines. But the completion of the guidelines has been taking up a lot of resources.

“We have had to put a tremendous amount of effort into the GMP guidelines,” Ilona Reischl, vice-chair of the EMA’s Committee for Advanced Therapies (CAT) told the meeting. “There is a limited number of people doing this work [on regulations], which poses its own challenges.” She was explaining to the meeting the reasons for delays in the development of a guideline on investigational ATMPs, in which quality matters will figure prominently. The guideline was due to be finalized in the second quarter of 2017 after an external consultation. “In addition to being kept busy with the GMP guideline, we’ve also been very busy with a guideline on genetically modified cells [while] we’ve also had to deal with guidance on the comparability of ATMP products,” she said.

Under CAT’s workplan for this year, the committee will be discussing with ATMP developers areas in which they want greater regulatory clarity with the aim of publishing a draft investigational guideline for external consultation in the fourth quarter of 2018. The guideline is then scheduled for finalization in the third quarter of 2019-more than two years later than planned. When drawing up regulations, European regulators are being handicapped by a lack of data on the technologies, manufacturing processes, and the supply-chain needs of ATMPs because of the relatively low number that have been successfully marketed.

“We don’t have many ATMP approved products,” noted Dr Enrica Alteri, head of EMA’s human medicines evaluation division at the EBE conference. “We can learn a lot from them and we have made a lot of progress. But we still have a lot of questions to be answered.”

Out of 500 clinical trials using ATMP products in 2009–2017, nine have been approved, of which only five are still on the market with three being withdrawn and one suspended, according to Ana Hidalgo-Simon, EMA’s head of specialized scientific disciplines. There are, however, signs of rising development activities in new advanced therapy medicines with an increase in companies seeking scientific advice in the area in 2012–2016. Between a quarter and a third of users of EMA’s PRIME [PRIority MEdicines] support scheme for developers of medicines for unmet medical needs are now involved in ATMP innovations, Hidalgo-Simon highlighted at the EBE conference.

Difficulties with regulations figured prominently in the first results announced at the conference of a study on the development of ATMPs being carried out by Netherlands’ Utrecht University with an EFPIA grant (4). The study includes a survey of more than 100 ATMP innovators in Europe or 38% of identified advanced therapy medicine developers, two thirds of whom were SMEs.

“Of the challenges facing the survey respondents, the most mentioned were regulatory ones,” noted Renske ten Ham of Utrecht University’s pharmacoepidemiology and clinical pharmacology division at the EBE conference. Because of their complexities, SMEs have been falling behind in dealing with regulatory and quality issues relating to ATMPs. “Developers who start without in-house regulatory and quality expertise and business goals mostly aren’t able to catch up, especially academic spin-offs and SMEs,” ten Ham said.

Many of the regulatory hurdles in the development and lifecycle management of ATMPs stem from the intricacies of creating a robust manufacturing system and supply-chain infrastructure for collecting cells from patients, transferring them for processing, and then administering them for treatment, according to speakers at the conference. The cells can be autologous or collected and returned to the same patient, or they can be allogeneic or coming from donors. The big task is the tailoring of regulations to deal with the scaling up of a procedure for autologous treatments to allogeneic ones for a much larger demand while ensuring that in the transferred substances, there are adequate levels of biological comparability.

“Current [drug] manufacturing paradigms will need substantial innovation in all aspects-technical, regulatory, and quality-to supply global demand, [in which] a defined control strategy is vital,” explained Christina Basford, leader of the characterization sciences team at the cell and gene therapy group of GlaxoSmithKline (GSK) at the EBE conference. “Close collaboration between all stakeholders is needed to bring these transformational medicines to a wider patient population,” she added.

Comparability can become a huge challenge when a treatment, usually originating from an academic laboratory attached to a hospital, has to be scaled up with minimum inconsistencies and variabilities to multiple sites while maintaining a decentralized system suitable for personalized medicine. Critical quality attributes (CQAs)-which ensure that biological characteristics are within an appropriate limit to ensure the desired product quality-are the foundation of the control strategy for these ATMPs, Basford noted. But which parameters impact CQAs? Taking into account the controls in place, is testing required for the CQAs? And which raw materials impact CQAs, she asked.

Lack of harmonization in ATMP regulations

Basford envisaged that the technical and regulatory issues in cell process scale-out would revolve round quality assurance rules in fully automated systems, in-process analytics in hospital-based manufacturing, robust regulatory tracking of continuous process validations, and deviation management of raw material supplies. However, first the lack of harmonization across Europe has to be sorted out. Between regulations at the EU level and at national levels, there are inconsistencies on approvals of quality standards in genetically modified organisms, particularly in clinical trials, and on the activities of specialist advanced therapy hospitals.

“The absence of harmonization in certain aspects of advanced therapy medicines is an unnecessary hurdle to the development of ATMPs,” said Barbara Feischem, EBE executive director at the conference. “We are hoping we can soon make progress in the whole area of harmonization.”

Under the treaties governing the operations of the EU, member states are allowed to implement their own regulations in certain public health matters. As a result, a divide has opened up between the policies underpinning EU regulations in areas such as advanced therapies and those in member states. “[There is a] disconnect between European, high level regulations and national [regulatory] hurdles,” said ten Ham. “Local interpretation and execution [of ATMP-related rules] leads to many additional and duplicate information requests, delays, and increased costs. Small companies do not have the resources to address country specific requirements.”

The EU regulators with the support of the pharmaceutical industry want to achieve a “common understanding” among the member states about the needs of ATMP developers, according to Freischem.

Greater consistency in national approaches to GMOs is a priority for the European Commission. “GMOs are a national competence, so it is an area in which we cannot tell countries what to do,” explained Rocio Salvador-Roldan, a policy officer at the Commission’s Directorate General for Health And Food Safety during the EBE conference. “We are in a dialogue with member states on a solution which is acceptable to all countries. I am optimistic of reaching a position which would be an improvement on what we have now.”

The biggest obstacle to greater harmonization between countries on ATMP is what is called the “hospital exemption rule.” This allows member states to exempt from EU regulations advanced therapy medicines that have been developed and produced for individual hospital patients even if a similar treatment from an outside commercial source is available. Critics of the exemption rule led by the pharmaceutical industry claim that it allows hospitals to flout EU regulations on quality and safety standards. It also offers a loophole to drug companies enabling them to sell advanced therapy medicines in hospitals without the centralized EU marketing authorization from EMA.

“We need stronger guidance from the Commission on hospital exemption, supported by an EU integrated regulatory framework on the issue,” said Freischem. Because most of the hospitals benefiting from the exemption are attached to universities and other research institutes that account for a large proportion of the ATMPs under development, EU regulators will have to tread carefully when sorting out the hospital exemption problem. Otherwise, they might undermine the main source of advanced therapy innovation in Europe.

When referring to this article, please cite it as S. Milmo, “Barriers to ATMP Drug Development,” Pharmaceutical Technology Europe 30 (2) 2018.