The key activity of the pharmaceutical majors influencing drug development and manufacturing thus far in 2012.

As we enter the second half of 2012, the pharmaceutical majors are proceeding at a cautious pace. Facing patent expiries for certain key drugs, first-quarter 2012 sales either decreased or increased modestly for many of the large companies. Manufacturing investment proceeded at a measured pace, and companies made select bolt-on acquisitions to boost their pipelines.

Other key developments in the first half of 2012 for Pfizer were the sale of its nutrition business to Nestlé for $11.85 billion. On the product front, the company received US approval for Inlyta (axitinib), a drug to treat patients with advanced kidney cancer. In its late-stage pipeline, Pfizer expects to have regulatory action in 2012 for three key drugs: Eliquis (apixaban), a drug to prevent strokes, which is being developed with Bristol-Myers Squibb; tofacitinib, a drug to treat arthritis; and the anticancer drug bosutinib. The company also expects to have Phase III data for bapineuzumab, a drug to treat Alzheimer’s diseases in mid 2012.

Sanofi. For Sanofi, key developments thus far in 2012 concern continued strength in emerging markets and regulatory approval of a new manufacturing facility of its subsidiary Genzyme in Framingham, Massachusetts. In the first quarter of 2012, Sanofi’s sales to emerging markets increased 9.9% to EUR 2.6 billion ($3.3 billion). Sales to BRIC (Brazil, Russia, India, and China) countries were EUR 917 million ($1.1 billion), up 16.5% year over year. Sanofi’s sales to emerging markets in the first quarter were slightly higher than its sales in the United States, which were EUR 2.6 million ($3.3 billion) and Western Europe, which were EUR 2.2 billion ($2.8 billion). Sales to the US increased 15.2% and declined 1.5% in Western Europe in the first quarter of 2012.

On the manufacturing front, in May 2012, Sanofi inaugurated a new assembling and packaging line for producing its prefilled insulin injection pen Lantus SoloStar at its facility in Beijing. The company announced a second phase $90-million project to install a cartridge aseptic product line at the facility. The facility has a designed capacity of 48 million units. Sanofi also began production of the enzyme-replacement therapy Fabrazyme (agalsidase beta) at its new facility in Framingham, Massachusetts, following approval of the facility by FDA and EMA in January 2012. In May 2012, EMA and FDA approved a second operation for fill–finish at Genyzme’s Waterford, Ireland, manufacturing plant, which nearly doubles capacity for fill–finish for Myozyme and Lumizyme (alglucosidase alfa) at the 4000-L scale. These developments follow a 2010 consent decree issued by FDA to Genzyme for manufacturing violations at its Allston, Massachusetts, facility and resulting requirements to transfer fill–finish production out of that facility.

GlaxoSmithKline. In March 2012, GlaxoSmithKline (GSK) announced plans to invest more than £500 million ($798 million) in the United Kingdom across its manufacturing sites to increase production of key active ingredients for its pharmaceutical products and vaccines. The company announced selection of Ulverston in Cumbria as the location for the first new GSK manufacturing facility to be built in the UK in almost 40 years. Investment also will be made at the company’s two manufacturing sites in Scotland at Montrose and Irvine.

GSK’s announcement followed plans by the UK government to implement a “patent box” to encourage investment in R&D and related manufacturing in the UK by introducing a lower rate of corporation tax on profits generated from UK-owned intellectual property. Following a feasibility study conducted through 2011, GSK said it will locate a new £350 million ($559 million) biopharmaceutical manufacturing facility in Ulverston, Cumbria. Detailed planning and design of the new facility is underway with an anticipated start date for construction of 2014–2015, dependent on portfolio timing and obtaining necessary planning and related consents. Once construction starts, it is likely to take at least six years before the plant is fully operational, according to GSK.

GSK also announced in March that it is considering additional manufacturing investment at Ulverston which could double the total investment at the site to approximately £700 million ($1.1 billion). GSK also will invest more than £100 million ($160 million) in its two manufacturing sites in Scotland. This investment includes new funding at Montrose to enable the manufacture of key materials for GSK’s portfolio of respiratory medicines. Investment will also be made at Montrose to produce aluminum adjuvants used in the manufacture of vaccines. This investment will be the first time an UK GSK site will participate in the company’s vaccine-manufacturing supply chain. At Irvine, GSK will increase production capacity for antibiotics. GSK will also invest in sustainable green-energy production and environmentally friendly manufacturing technologies at both sites. The company is making other investments totaling £80 million ($128 million) at its sites in Ware in Hertfordshire to increase manufacturing capacity for its respiratory-inhalation device and at Barnard Castle in County Durham to establish a dermatology-manufacturing center of excellence.

Novartis. Novartis saw its first quarter pharmaceutical revenues increase moderately by 2% to $7.8 billion, but sales in its consumer health business declined 20% to $932 million and by 10% to $2.1 billion in Sandoz, its generic-drug business.

On the manufacturing side, Novartis said it is making progress for resolving quality-control issues at its consumer healthcare operations in Lincoln, Nebraska, and at three facilities of Sandoz. In December 2011, Novartis suspended production at is Lincoln manufacturing site in conjunction with a voluntary recall of all lots of select, bottle-packaged configurations of Excedrin, NoDoz, Bufferin, and Gas-X Prevention. The recall followed consumer complaints of chipped or broken pills and inconsistent bottle packaging-line clearance practices that could lead to stray tablets, capsules, or caplets from other Novartis products. In December 2011, FDA cited quality-control issues at three Sandoz manufacturing facilities in Broomfield, Colorado; Wilson, North Carolina; and Boucherville, Canada. In its April 24, 2012, first-quarter earnings release, Novartis said that it is making progress in remediating the quality issues at the Lincoln site as well as the three Sandoz production sites.

In May 2012, in a move to bolster the generic-drug business of Sandoz, Novartis agreed to acquire the specialty dermatology generic-drug company Fougera Pharmaceuticals for $1.5 billion. Sandoz also is active in biosimilar development with three approved biosimilars: human growth hormone, epoetin alfa, and filgrastim. Sandoz also is developing generic versions of pegfilgrastim. It has three ongoing Phase III trials for biosimilars and eight to ten molecules at various stages of biosimilar development.

AstraZeneca. AstraZeneca will begin the second half of 2012 with a new interim CEO following the retirement of David Brennan as CEO, effective June 1, 2012. Simon Lowth, formerly, chief financial officer, will serve as interim CEO beginning in June until a new successor can be found. In February 2012, AstraZeneca announced new restructuring initiatives aimed at delivering annual cost-savings of $1.6 billion by the end of 2014. The restructuring will reduce headcount by 7300. The job cuts include 1350 positions in supply-chain and manufacturing operations. R&D reductions will affect 2200 positions. Part of these reductions result from a new R&D model for its neuroscience research that will employ a virtual model using staff from its R&D facilities in Boston and Cambridge, England. As a result, R&D activity at sites in Sodertalje, Sweden, and Montreal will end. In 2011, AstraZeneca reported a decline of nearly $2 billion in revenues resulting from generic-drug competition and a further $1 billion revenue decline due to government price interventions. It posted 2011 revenues of $33.6 billion.

Roche. Roche’s first-quarter 2012 pharmaceutical sales increased modestly by 2% to CHF 8.6 billion ($8.95 billion). The company received US regulatory approval for Erivedge (vismodegib), an oral, once-a-day capsule for treating adults with basal cell carcinoma. It also received EU approval for Zelboraf (vemurafeni) for treating metastatic melanoma; the drug had received US approval in 2011. The company also received priority review from FDA for its biologics license application for pertuzumab, a monoclonal antibody, to be used in combination with Herceptin (trastuzumab) and docetaxel chemotherapy for people with HER2-positive metastatic or locally recurrent, unresectable breast cancer, who have not received previous treatment or whose disease has relapsed after adjuvant therapy. FDA is scheduled to take action later this month.

Merck. Merck & Co. reported a 3% gain in first-quarter 2012 sales for its pharmaceutical business. Strong performers included the company’s diabetes medicine, Januvia/Janumet (sitagliptin), which posted a 26% gain in sales to $1.3 billion, and sales to emerging markets. Sales from emerging markets accounted for 17% of the company’s first-quarter pharmaceutical sales, which included 19% growth in sales in China. Merck announced earlier this year that it plans to form a joint venture with the Brazilian pharmaceutical company Supera Farma Laboratorios.

In other product developments, Merck received FDA approval for Janumet XR, an extended-release combination therapy consisting of sitagliptin and metformin hydrochloride. The company also plans to file a new drug application in 2012 for suvorexant, a dual orexin receptor antagonist for treating insomnia. And in April, Merck signed an agreement with the Endocyte to develop and commercialize the anticancer drug vintafolide.

Eli Lilly. In the first-quarter of 2012, Eli Lilly reported a 4% decline in revenue to $5.6 billion, which was in part due to the loss of patent exclusivity for the antipsychotic drug Zyprexa (olanzapine). In May, Eli Lilly announced the opening of a new diabetes R&D center in Shanghai. The center employs 150 scientists and staff hired primarily from China. Eli Lilly also is constructing a new insulin production, packaging, and warehouse facility in Suzhou, China, which is expected to open later this year. 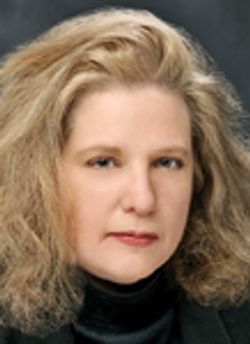