The Class of 2012 for New Molecular Entities and Biologics

As 2012 comes to a close, Pfizer leads among Big Pharma companies for FDA approvals of new molecular entities and biologics.

One barometer of the health of the pharmaceutical/biopharmaceutical industry is new product development, and as 2012 comes to a close, how has the industry fared in this respect? In reviewing FDA approvals of new molecular entities (NMEs) and biologic license applications (BLAs) through Nov. 20, 2012, there are positive signs. FDA’s Center for Drug Evaluation and Research (CDER) approved 31 NMEs and BLAs through Nov. 20, 2012, on par with the 30 NME and BLAs that it approved in 2011. The number of approvals, however, is not a sole determinant of success. A further look into the drug approvals for 2012 shows which companies may be graduating on the top of this year’s class for new drug approvals.

Leader of the pack

Eisai’s two NME approvals were for Belviq (lorcaserin hydrochloride) and Fycompa (perampanel). Belviq is a serotonin 2C receptor agonist indicated as an adjunct to a reduced-calorie diet and increased physical activity for chronic weight management. Belviq wasdeveloped by Arena Pharmaceuticals, a Zofingen, Switzerland-based company, for which it granted exclusive marketing and distribution rights to Eisai for most of North and South America. Fycompa is a noncompetitive AMPA glutamate receptor antagonist indicated as anadjunctive therapy for treating partial-onset seizures with or without secondarily generalized seizures in patients with epilepsy aged 12 years and older.

Roche/Genentech also had two new drug approvals, one for a NME, Erivedge (vismodegib), and one for a BLA, Perjeta (pertuzumab). Erivedge is a hedgehog pathway inhibitor for treating metastatic basal-cell carcinoma or locally advanced basal-cell carcinoma that has recurred following surgery or for pateints who are not candidates for surgery or radiation. Perjeta is a HER2/neu receptor antagonist indicated in combination with trastuzumab and docetaxel for treating patients with HER2-positive metastatic breast cancer.

Sanofi received approval for its NME Aubagio (teriflunomide) and its BLA Zaltrap (ziv-aflibercept). Aubagio is a pyrimidine synthesis inhibitor for treating patients with relapsing forms of multiple sclerosis. Zaltrap is a recombinant fusion protein, which acts as a soluble receptor that binds to vascular endothelial growth factor-A (VEGF-A), VEGF-B, and placental growth factor and is used to treat metastatic colorectal cancer. Sanofi partnered with the biopharmaceutical company Regeneron Pharmaceuticals for Zaltrap.

The generic-drug company Teva had two approvals, one for its NME Synribo (omacetaxine mepesuccinate), a drug to treat leukemia, and a BLA for tbo-filgrastim, which was approved as an original BLA and not as a biosimiliar to Amgen’s Neupogen (filgrastim), which is a previously approved biologic. Tbo-filgrastim is a human granulocyte colony-stimulating factor produced by recombinant DNA technology for reducing neutropenia in patients with non-myeloid malignancies.

Equally important in evaluating R&D productivity is seeing which companies did not receive FDA approval for NMEs or new biologics (excluding vaccines). Through Nov. 20, 2012, GlaxoSmithKline, Novartis, AstraZeneca, Bristol-Myers Squibb, and Abbott were among the large companies without a NME or original BLA FDA approval this year. As the industry waits for 2012 to come to a close, it has yet to be seen if their late-stage candidates under review will get the FDA nod this year. 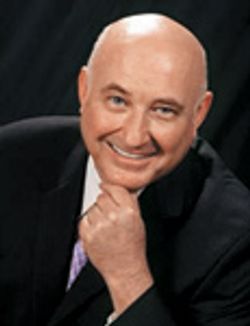