The perceived risks associated with cocrystals may be slowing progress of their industrial application.

Solid dosage forms are preferred for the delivery of APIs, but many therapeutic agents do not readily form stable crystalline materials or the crystals have poor solubility. Cocrystals alter the physical properties of APIs without chemical modification while maintaining the benefits of a crystalline solid form, and thus may provide a viable solution for some of these difficult APIs. Cocrystals can also be synthesized using numerous different methods, some of which use little solvent or are solvent-free and have the potential to provide real cost advantages. As a result, the potential for cocrystals is significant.

This potential is tempered, however, by the industry’s reaction to FDA’s classification of pharmaceutical cocrystals as “drug product intermediates” (DPIs) rather than APIs in its April 2013 regulatory guidance on cocrystals (1). This decision is generating significant discussion within the industry about the risks associated with the practical development of cocrystals. Based on the public comments on the draft guidance, manufacturers would prefer cocrystals to be considered drug substances rather than drug product intermediates. As the industry moves toward adopting the FDA guidance, the risk associated with developing cocrystal-based products appears to be increasing rather than decreasing. There are questions, for example, about expiration dates for drug products that incorporate cocrystals manufactured using processes that are consistent with API (drug substance) materials but regulated as DPIs. In addition, FDA is the only agency to date to formally define a regulatory scheme for cocrystals. If other agencies around the world take a different approach, it could become difficult for companies to develop cocrystal-based products that satisfy global regulatory requirements. The European Medicines Agency (EMA), for example, could consider cocrystals to be drug substances rather than DPIs.

Why use cocrystals?
“The selection of a specific crystal form for a given API is a profoundly important step from clinical, legal, and regulatory perspectives: the dissolution rate and intrinsic solubility of different crystal forms is variable and can strongly influence bioavailability; stability to temperature and humidity are critically dependent upon crystal packing; and the unpredictability (i.e., lack of obviousness) of crystal structures and physical properties means that there are legal issues and challenges in terms of obtaining and maintaining patent protection for an API,” says Ning Shan, director of preclinical development at Thar Pharmaceuticals.

Highly lipophilic APIs have dissolution problems that may be overcome using a cocrystal because the new crystalline lattice being formed often has different dissolution properties compared to those of the crystals of the API alone, according to Chris Frampton, chief scientific officer of SAFC Pharmorphix. The formation of a new crystal lattice with a pharmaceutically acceptable coformer can overcome development hurdles, such as compaction problems and difficulties with hygroscopicity. In addition, for non-ionizable APIs, for which it is not possible to make a salt, the option to form a cocrystal can be advantageous over exploring exotic formulation methods or changing the API molecular structure to include the acid or base functionality required for salt formation, which can have an impact on the activity of the API. There is also the potential to use cocrystals as a lifecycle management tool, because their use can delay or divert generic competition.

DPI definition creates opportunities
Defining cocrystals as drug product intermediates, in which the coformer is treated as an excipient and the cocrystal is effectively considered to be a formulated material, has several consequences. A potential advantage could be in the area of cocrystal synthesis. Traditionally, APIs are crystallized from an organic solution, and such processes often require the use of large quantities of solvent. Utilization of solvent is common in drug substance manufacturing plants, but not in drug-product manufacturing facilities where DPIs are manufactured. Because cocrystals can be produced using solventless solid-to-solid or slurry conversion processes that are well documented in the literature, they are ideally suited for production in DPI facilities, according to Scott L. Childs, president and CSO of Renovo Research. “These novel synthesis techniques have been used to scale up cocrystals at gram scales and for screening purposes for many years. Now that cocrystals are classified as drug product intermediates, it is possible to consider these methods for cocrystal synthesis on the commercial scale,” he explains.  “The ability to prepare cocrystals using solventless synthesis methods in drug-product manufacturing facilities, which is where amorphous dispersions and other enabling formulations are manufactured, provides the opportunity to use ‘greener’ production methods and realize better manufacturing economics and reduced development times,” Childs adds.

The FDA guidance generally creates the opportunity for the application of non-traditional synthesis techniques to the preparation of cocrystals. There are processes being developed that have potential for application to the industrial-scale manufacture of cocrystals, such as methods using hot melt extrusion, continuous oscillatory baffled crystallizers, and resonant acoustic mixing techniques (2-4). Some solventless methods rely on various grinding techniques and melting approaches, according to Marcel Hoffmann, chief science officer with Crystallics. “Gaining an understanding of cocrystal formation and their interactions at the molecular, particle, powder, and product level is necessary in order to improve the manufacturing processes for this type of drug,” he adds. If the industry embraces the FDA guidance with respect to the manufacture of cocrystals in drug-product manufacturing facilities, there could be a significant shift in cocrystal manufacturing away from solvent-based processes and towards solventless processes, according to Childs.

Consequences of the DPI definition
Defining cocrystals as drug product intermediates has also created significant concerns. According to Hoffmann, depending only on differences in pKa, the same counter ion would form a salt with one API and a cocrystal with another API, and the two substances would be treated differently from a regulatory perspective. “In addition,” he notes, “this definition opens the door for generic companies to develop cocrystals and follow a 505(b)(2), or even bioequivalence route, rather than a more costly new chemical entity route.”

The FDA approach may not be consistent with the approach that other world regulatory agencies adopt for cocrystals, according to Childs. “If novel cocrystal manufacturing is enabled via the FDA guidance, but the same manufacturing approach causes a regulatory problem in other world markets, then that creates risk,” Childs observes. “There is currently no clear answer regarding how the FDA approach will fit in with the rest of the world, which is making it difficult to get buy-in and investment into this new technology from a very risk-averse industry,” he adds.

Shan further notes that the requirement in the FDA guidance that the developer of a cocrystal drug product must provide “assurance that complete dissociation of the API from its excipient occurs prior to reaching the site of action for pharmacological activity” could be a real challenge.

New techniques
At SAFC Pharmorphix, the ability to perform crystal structure analyses on really small crystals has been advantageous. “Knowing the crystal structure makes it possible to see how the two materials come together to form a supramolecular complex. Then we can go back to our list of potential coformers, tune them slightly, and follow an iterative process to develop the optimum cocrystal,” observes Frampton.

Renovo, meanwhile, has developed a new approach to formulating cocrystals that uses the improved cocrystal solubility more effectively. Traditionally, as is commonly done with salts, cocrystals are used in in-vitro and in-vivopreclinical studies as “neat” material (pure crystalline powder), according to Childs. This approach is not optimal, because cocrystals are highly susceptible to solvent-mediated transformation into the poorly soluble form of the API when dosed as neat material.

“We have developed a new approach, demonstrated with a danazol cocrystal, that utilizes solubilizing excipients and precipitation inhibitors to create an optimal supersaturation level and controlled dissolution event,” Childs explains.  The model system achieved a 10X increase in the area under the concentration time curve (AUC) in animal studies using the formulated cocrystal, compared to only a 1.7X increase in the AUC using the neat cocrystal solid.  “The results of this study suggest that the appropriate formulation of cocrystals can be an important part of the cocrystal development process,” he says. Childs believes that the concepts outlined in this study present a viable roadmap for moving cocrystals forward because it suggests that formulated cocrystals can directly compete with more established drug-delivery technologies such as amorphous dispersions and lipid-based solubilizing formulations.

Forward movement
Despite these significant regulatoryconcerns, interest remains in cocrystals. “Looking at the ratio between salt formation and cocrystal studies that Crystallics carries out on behalf of its customers, it is clear that the pharmaceutical industry is still hesitant to make cocrystals their final marketed products,” notes Hoffmann. He does, however, point to Esteve’s cocrystal of Tramadol and Celecoxib as one example of a cocrystal that is progressing towards a new drug approval. There is hope that a successful application of this cocrystal will pave the way for others. Crystallics is in fact seeing a renewed interest in the development of cocrystals, with most projects focused on tuning the physicochemical properties of the API, particularly solubility and dissolution rate.

“I am convinced that pharmaceutical cocrystals are here to stay,” Hoffmann asserts. “With increasing research, our understanding will rapidly grow and cocrystals, unlike other bi-component crystals, offer the possibility of crystal engineering. Predicting the physicochemical properties up front is the holy grail of drug development,” he comments.  Frampton points out, though, that the current lack of predictability of cocrystal formation is necessary to some degree. “As soon as it is possible to predict cocrystal structures, we have a problem. Patent applications for salt forms are already being questioned on the grounds that they are predictable and obvious due to the pKa of the API and the limited list of pharmaceutically acceptable salt formers. The lure of the cocrystal remains the questionable and unexpected successful outcome.”

Childs adds that although additional advancements are needed to help the field mature, the science does not appear to be the limiting factor in the uptake of cocrystals by the pharmaceutical industry, but rather it is the perceived risk associated with cocrystals that seems to be slowing progress with respect to their industrial application. “With the appropriate time, effort, and investment, cocrystals can be used to consistently create improved pharmaceutical products. In specific situations, cocrystals should be able to compete directly with amorphous dispersions in terms of efficacy, but offer a superior product because of the lower risk and improved stability of the crystalline state compared to the amorphous state,” he concludes. 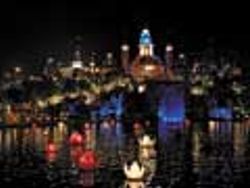 Are CMOs Out of Synch With Market Realities? 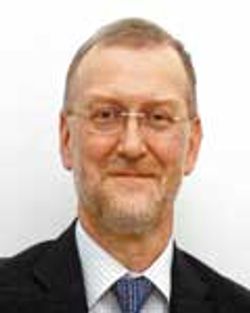