The study aided pharmaceutical companies in evaluating the effect of fentanyl patches if chewed by an abuser-a common method to release the fentanyl from the patch.

According to an Aug. 21, 2019 press release, the company used an in-vitromastication device from their CAT.one laboratory to simulate chewing of a commonly prescribed transdermal fentanyl patch, which is designed to slowly release the opioid through the skin over 72-hours. Researchers found that the patch released dangerous levels of fentanyl within a few minutes of being chewed.

"Fentanyl is a potent synthetic opioid, that when used appropriately, is an effective tool for treating chronic pain-but can very quickly become abused," said Anthony Costantino, PhD, president at Drugscan, and coauthor of the study, in the press release. "This in-vitromodel is far safer, less costly, and substantially faster than performing in-vivoevaluations of oral abuse potential and may assist pharmaceutical developers in evaluating the abuse-deterrent properties of new fentanyl transdermal patches to aid in limiting abuse and counteracting the opioid epidemic." 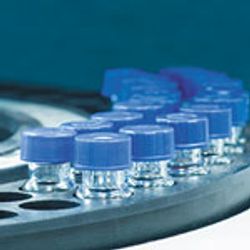