As contract manufacturers and fine-chemical producers assemble for CPhI Worldwide, in Madrid, Oct. 9–13, companies are proceeding with expansion of manufacturing capacity, services, and forming new partnerships. Some highlights from 2012 thus far are outlined below.

Aesica has announced a partnership with the Center for Pharmaceutical Engineering Science at the University of Bradford in the United Kingdom. The agreement will enable Bradford scientists to use the GMP capabilities and assets held at Aesica while Aesica will have access to the center’s research facilities.

Almac is expanding its UK commercial packaging facility with the acquisition of a Noack N 623 blister packaging line from Romaco. The acquisition comes in response to growing client demand for enhanced flexibility related to larger blister sizes and innovative multi-unit blister formats, coupled to a requirement for nonpermeability and enhanced environmental protection, particularly product humidity control. Earlier this year, Almac increased blister capacity at its US commercial packaging facility in Audubon, Pennsylvania.

In other news, Almac has launched a new reagent offering based on the provision of homogeneous full-length histones with defined patterns of modification. The histone reagents provide a tool for researchers for drug targets in the field of epigenetics. Almac also expanded its refrigerated storage and labeling facilities at its UK site.

AMRI entered into an agreement with Knopp Biosciences to provide various discovery-related services that include medicinal chemistry, drug metabolism and pharmacokinetics, and computer-aided drug discovery, as part of AMRI’s Smartsourcing platform.

Cambridge Major Laboratories (CML) is planning an expansion of its large-scale API manufacturing facility in Germantown, Wisconsin. The expansion comes three years after commissioning the new site. The expansion will include additional reactor capacity as well as isolation equipment. Alongside capacity additions, CML has made additional investments in engineering controls to ensure the sustainability of the business.

Carbogen Amcis and ADC Biotechnology have agreed to provide customers with development and manufacturing services for antibody drug conjugates. ADC is developing a “lock and release” solid-phase immobilization technology for production of ADCs. The alliance will offer services for the development, scale-up, manufacturing, and formulation of protein-based drug conjugates. ADC Bio will provide access to proprietary solid-phase immobilization technologies for conjugation and long-term storage of ADCs, and Carbogen Amcis will focus on focus on small- to large-scale GMP supply and on the formulation of ADCs.

Cambrex has agreed to supply an API for a customer’s Phase III program. The agreement is expected to contribute more than $20 million in revenues to Cambrex, which will expand its large-scale multipurpose cGMP assets in 2012 and 2013.

Catalent Pharma Solutions has established a global alliance with Parexel International to help streamline the clinical-trial supply process. The alliance will provide a fully integrated service offering aimed at ensuring the timely and efficient delivery of clinical-trial materials. In other news, Catalent Pharma Solutions and CTC Bio have agreed to provide services to South Korean pharmaceutical companies seeking to commercialize solid oral-dose and controlled-release products in the US and Europe.

Cedarburg Hauser Pharmaceuticals has expanded the capacity of its Wisconsin-based API manufacturing plant as a result of an increased demand for contract manufacturing of commercial APIs as well as additional upgrades for improving safety and GMP systems.

DSM Pharmaceutical Products has signed a biologics contract manufacturing agreement with Recepta Biopharma, based in Brazil. The contract covers the process development and cGMP manufacture by DSM of one of Recepta’s lead antibodies at DSM’s facilities in Groningen, the Netherlands.

Encap Drug Delivery has invested $2 million to expand its facilities for equipment for product mixing and capsule-filling. Delivery of the new equipment started in August and will be completed by February 2013.

Haupt Pharma successfully passed inspections by FDA at four sites in Germany during the first half of 2012.

Hovione has expanded its solutions to solve issues of poor bioavailability, patient acceptability, and delivery for non-oral routes of administration. Hovione’s toolkit of solutions includes crystal design, particle-size reduction to the micro or nano-scale, and amorphous solid dispersions. These services are offered from bench to commercial scale and are complemented with formulation development and clinical manufacture to Phase II.

Jubilant HollisterStier’s contract manufacturing and services division has launched an analytical services unit that will provide laboratory method development and related analytical testing as part of its integrated service offerings.

Novasep has announced a EUR 3-million ($3.69 million) investment to expand its highly potent API manufacturing capabilities at its Le Mans, France, facility. The expansion is expected to be fully operational by the beginning of 2013.

Onyx Scientific and Molecular Profiles have formed an agreement to deliver end-to-end services from initial drug discovery to early- and late-phase manufacturing.

Recipharm has received regulatory approval from French health authorities to fill biotechnology products at its site in Monts, France. The Monts site, which employs 200 personnel, comprises three filling lines. Two large capacity lines are used for glass vials for injection and a third one is an aseptic line that fills cartridges.

SAFC , part of Sigma-Aldrich, plans to expand its operations in Scotland by investing in the development of a new powder-manufacturing facility on its Irvine site. SAFC’s new facility in Irvine is its second powder manufacturing facility, which will support SAFC’s risk-management program, providing an internal back-up supplier for its customers. The new facility will be used to service customers across Europe and will create 24 new jobs. The project is being supported by a £1.5-million ($2.42 million) Regional Selective Assistance grant from Scottish Enterprise.

ScinoPharm has announced that its Tainan, Taiwan, facility will provide commercial manufacturing of topiramate, the API for Vivus’s Qsymia, a new drug for treating obesity that was approved by FDA on July 17, 2012.

SGS Life Science Services completed an expansion of its Fairfield, New Jersey, facility on Sept. 20, 2012. The expansion enlarges the size of the facility from 15,000 to 30,000 ft2 by adding modernized and new GMP/GLP-compliant laboratories, and increases ICH Zone 1–4 storage capacities.

Xcelience opened its new 24,000-ft 2 facility in Tampa, Florida, on Sept. 14, 2012. The building will be used for primary and secondary packaging, labeling, distribution, and warehouse services. This is the company’s second facility in the Tampa Bay area, and the company says it will be audited and approved for domestic as well as European clinical trials. 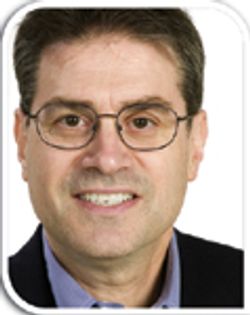