Al podcast with Robert Farra, president and COO of MicroCHIPS, who discusses wirelessly controlled and programmable microchip-based drug delivery as an alternative to subcutaneous injections.

Patient compliance is important when developing a drug-delivery system, particularly when treating chronic diseases that require daily administration. One possible alternative to daily injections may be a programmable, wirelessly controlled microchip with an implantable device that allows drugs to be released inside the body without percutaneous connections in or on the patient. An implantable microchip device also offers the potential for real-time dose schedule-tracking and for physicians to remotely adjust treatment schedules.

In a podcast, Robert Farra, president and COO of MicroCHIPS, discusses wirelessly controlled and programmable microchip-based drug delivery as an alternative to subcutaneous injections with Patricia Van Arnum, executive editor of Pharmaceutical Technology. Earlier this year, MicroCHIPs reported a successful Phase I human clinical trial in which human teriparatide, a parathyroid hormone fragment [hPTH(1-34)] and anabolic osteoporosis treatment, was delivered from the device in vivo. The primary objective of the clinical trial was to assess the pharmacokinetics (PK) of the released drug teriparatide from the implanted devices. Safety measures included evaluation of the biological response to the implant and monitoring indicators of toxicity. Secondary objectives were to assess the bioactivity of the drug and to evaluate the reliability and reproducibility of releasing the drug from the device. The device and drug combination were found to be biocompatible with no adverse immune reaction. The resulting PK profiles from the implant were comparable to and had less variation than the PK profiles of multiple, recommended subcutaneous injections of teriparatide. The study also demonstrated that the programmable implant was able to deliver the drug at scheduled intervals. Drug delivery and evaluation in patients occurred over a one-month period and provided proof-of-concept measures of drug release and device durability that support implantable device viability for 12 months or more.

CSR and Sustainability in the News
Drug Delivery Insights: Nanotechnology and Microspheres 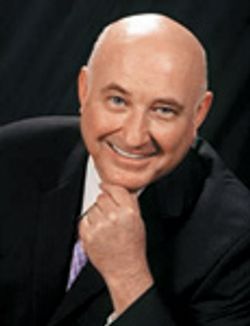 Reflecting on 35 Years of Procurement Transformation