The complex nature of glycan analysis

PharmTech: What are the specific challenges associated with glycan analysis?

Fernandes (Ludger): Thorough drug glycosylation analysis would involve full structural characterization of the oligosaccharides of each unique glycoform as well their absolute quantitation. However, this is not straightforward and getting even close to this still requires significant time, resources, and skill. To achieve this ideal you would, in principle, need to isolate each glycoform (including nonglycosylated drug variants), determine its relative abundance, then elucidate the glycan structures at each glycosylation site. However, it’s generally very difficult to separate out all of a drug’s glycoforms with complete resolution, and even if you have isolated a single glycoform, you need to deal with the glycans.

At first glance, glycans look like they should be simple to analyze because they’re small molecules with a relatively small number of constituent monomers.

However, unlike polymerization of monomers in linear macromolecules, there are many ways to link monosaccharides together to form glycan moieties. So, for each glycosidic linkage, you need to determine the identities of the connected monosaccharides, the anomericity (i.e., the special configuration) of that bond, and which of the hydroxyl groups around the monosaccharide rings are involved in the linkage.

Also, most drug glycans are not linear structures but are branched. This means you can find glycans with identical masses and monosaccharide constituents but different topologies, and these topological isomers can confer different physicochemical and biological properties to the drug. Another problem is skewing of glycoform profiles. This can be caused by degradation of glycans or either selective losses or enrichment of glycan species during sample preparation.

A further issue is that underivatized glycans can be difficult to visualize at analytical scale. They don’t have natural fluorophores or strong chromophores for HPCL [high-performance liquid chromatography], and their ionization on MS [mass spectrometry] can be challenging as the glycan signals are readily attenuated by other chemicals such as salts and peptides.

Jones (ProZyme): As glycan analysis is still somewhat of a niche, it’s perhaps less accessible than genomics or proteomics.

Glycans display a broad structural diversity based on monosaccharide composition, linkage type, and branching. Added to this complexity is the site of glycan attachment; there is usually just one Nglycan site in the case of most IgG-based therapeutics but there can be more in Fc fusion proteins and other glycosylated biotherapeutics, and O-glycans may also be present in these.

Widdowson (Thermo Fisher Scientific): Due to the nature of their production, glycoproteins

are highly heterogeneous molecules with numerous different glycan structures present at a single glycosylation site (1). Glycans are commonly released from the protein prior to analysis; however, the chemical properties of glycans make them difficult to analyze in their native form.

Therefore, glycans are required to be derivatized in order to make them amendable for traditional analytical methodologies (2). O-glycans are much more difficult to analyze in the released form due to the lack of a universal release enzyme (3). In addition, glycans can be isomeric in composition, which complicates the accurate determination of structure, particularly when using methods such as mass spectrometry (4).

PharmTech: What are the various methods for glycan analysis?

Jones (ProZyme): Glycan analysis can be approached on a few different levels, from intact protein through to glycopeptides, released glycans, right down to individual monosaccharide components. Each of these techniques have their advantages and drawbacks. The route taken may depend on the molecule and the data required, but in general, relative quantitation of released glycans labelled with a fluorophore and separated by liquid chromatography is one of the most common approaches for analysis of mAb [monoclonal antibody] Nglycosylation.

Widdowson (Thermo Fisher Scientific): Depending on the specific information required, glycosylation analysis can be performed on different levels. Intact glycoprotein analysis allows for a quick overview of glycan distribution to be carried out. Analysis at the glycopeptide level makes site-specific glycosylation profiling possible by assigning specific glycan structures to distinct glycosylation sites.

Analysis of released glycans analysis is currently the preferred strategy due to the high amount of information regarding the total glycan population, which can be elucidated (2). For released and fluorescently labeled glycans, HILIC [hydrophilic interaction liquid] chromatography is commonly applied either in isolation for relative quantification through fluorescent detection or coupled to mass spectrometry for characterization. More recently, there is a drive in the direction of analysis at the glycopeptide level, specifically when assessed as part of a multi-attribute method (MAM) workflow (5).

Fernandes (Ludger): The key is to develop a glycoanalysis toolset composed of orthogonal techniques that reliably measure the glycosylation critical quality attributes (GCQAs) for your therapeutic. You need several methods because there isn’t a single technique that can cover all glycan analysis needs. In particular, you must have reliable methods for characterizing and quantifying potentially immunogenic glycans (such as those bearing Gal-alpha–1,3Gal motifs), as well as those for glycans that confer high therapeutic activity for your drug. So, selection of glycan analysis methods must be driven by a thorough understanding of the glycan structure-protein activity relationships for your therapeutic.

Also, your toolbox must furnish the breadth, structural detail, and sensitivity needed for every stage of your drug’s lifecycle-and at suitable cost and throughput.

This allows you to tune the methods according to the task. For example, glycan analysis for selection of clones to match your quality target product profile (QTPP) or in QbD [quality-by-design] studies to determine design space (DS) will typically require a very different performance profile from those needed for batch release.

PharmTech: What are the benefits of outsourcing glycan analysis for sponsor companies?

Widdowson (Thermo Fisher Scientific): There is no single method that permits complete glycan analysis, and therefore, a panel of methodologies is often required not only to fully characterize the glycans, but also to meet regulatory requirements. Meeting these requirements in full demands the use of numerous types of instrumentation and analytical platforms. Sponsor companies regularly do not have direct access to all of these platforms, and it is not often economically or logistically viable to bring them on-site. Dedicated outsourcing companies for glycan analysis, therefore, play a key role in filling any potential gaps which may exist with respect to instrumentation and necessary expertise required to perform these methods (6).

Jones (ProZyme): Smaller or early-stage companies may not have the personnel to perform glycan analysis, or the instrumentation required such as liquid chromatography with fluorescence detection, capillary electrophoresis, and mass spectrometry.

The existing instrumentation they have may not provide the data quality or capabilities of the ‘latest and greatest’.

Or there simply may not be time to implement or run an analytical method for glycans within the constraints of a project timeline. In these cases, it can make sense for sponsors to seek an outsourcing partner that has experience with glycan analysis and can turn data around in a timely manner.

Fernandes (Ludger): Outsourcing glycan analysis can allow sponsors to significantly extend their capabilities for drug realization. However, for success, it needs to be well-planned with a carefully chosen outsourcing partner. When poorly done, outsourcing can result in you losing time, money, and control of a critical part of your drug’s development and give you data that’s less than useful. Good outsourcing with an accomplished partner does the opposite, allowing you to overcome regulatory hurdles more smoothly and get your product to market faster than if you relied solely on your own resources.

The first step to successful outsourcing is choosing a reliable partner with the expertise and services that match your needs.

They need to demonstrate their ability and experience with therapeutics of similar or greater complexity to your drug. Other key considerations include the quality of communication between you and your outsourcing partner, whether or not they will share their detailed methods with you and what follow-on services they could provide. Not that reliable glycan analysis will typically be much more complex and therefore more costly than, for example, routine peptide analyses. However, with a suitable outsourcing partner and carefully considered and well-executed plan, you should benefit from a significant return on your investment. 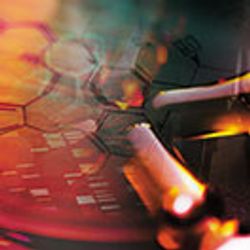