A study in published in Scientific Reports showed that researchers were able measure vaccine inactivation by quantifying the formation of vaccine fragments during the breakdown by CS.

Intravacc, a Netherlands-based vaccine research and development company, announced the publication of a study in Scientific Reports about the alternatives to the use of laboratory animals in vaccine quality control. The study was led by the Leiden Academic Center for Drug Research (LACDR) at Leiden University.

According to a July 23, 2020 company press release, Intravacc and LACDR reproduced vaccines in test tubes and treated them with cathepsin S (CS), an enzyme that breaks down vaccines and pathogens into fragments that are recognized by immune cells. The study found that, instead of CS slowing down the breakdown of the vaccine as the researchers expected, the opposite occurred, and the researchers were able measure vaccine inactivation by quantifying the formation of vaccine fragments during the breakdown by CS.

The team concluded that it may be possible to replace animal testing in the future for vaccines using this inactivation, the press release said.

“As a result of the Covid-19 pandemic, some 400 therapies and vaccines against this virus are currently being developed worldwide,” said Dr. Jan Groen, CEO of Intravacc, in the press release. “This affects the number of laboratory animals used in studies. Intravacc considers limiting the need for animal testing to be particularly important and plays an important role in the development of alternatives for this vaccine-related research. This study shows the progress we are making on this front.” 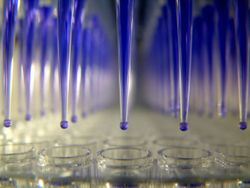