Growing demand in emerging regions with simultaneous maturation of western markets has led to a new emphasis on low-cost, low margin products and specialized, low-volume niche drugs for targeted patient populations. To reduce costs and increase flexibility, many large pharmaceutical companies are outsourcing a growing percentage of their business activities. The changing market conditions are also creating opportunities for virtual pharmaceutical companies, which have no manufacturing capabilities of their own. In addition, increasing numbers of new drug candidates are highly potent, requiring specialized production capabilities. Custom manufacturing firms that have established themselves as efficient providers of services across the drug development and commercialization spectrum, and particularly those with specialized capabilities for the production of highly potent APIs, will be in a position to benefit as the trend toward pharmaceutical outsourcing continues.


Notable growth
Market research firm Visiongain forecasts that the worldwide pharmaceutical custom manufacturing market will earn revenues of $71 billion in 2018 (1). Strong revenue growth is anticipated for market leading custom manufacturing organizations (CMO) between 2014 and 2024, with leaders including DPx Holdings, formed in 2014 from the contract manufacturing businesses of Royal DSM and Patheon; Lonza; and Catalent experiencing the greatest increase in absolute revenue. This growth reverses the trend seen in 2009-2013 of low single-digit revenue growth for the top five developed-market CMOs.

During that same period, leading companies based in developing countries showed strong performance, with revenues increasing at double-digit growth rates, according to Visiongain  Not surprisingly, therefore, while North American and European CMOs have continued to dominate the contract manufacturing market in 2014, going forward, companies based in emerging countries will play a greater role as they experience sustained demand from domestic pharmaceutical companies and, increasingly, foreign drug developers. Specifically, between 2013 and 2024 emerging-market leaders will increase their share of the global CMO market by 15% (1).

Transforming the business model
The increasing demand for CMO services in emerging markets reflects a wider trend in the pharmaceutical industry. The greatest growth in demand for pharmaceuticals is also taking place in emerging markets, but unlike in western countries where high-cost, high-margin sales were the norm, the buying habits are quite different, according to Diane Palmquist, vice-president of product management for GT Nexus, a provider of cloud-based solutions. “People in emerging regions purchase drugs by the dose, not by the bottle, and they are looking for low-cost (and consequently low-margin) products,” she says. “In order to remain successful, pharmaceutical companies have needed to completely transform their old business models,” she adds.

In fact, during the past 10 years, demand for outsourced manufacturing services grew rapidly as pharmaceutical companies sought to take advantage of the benefits of contract manufacturing, such as lower costs, increased flexibility, and external expertise, while increasing their ability to focus resources on core competencies in drug development and marketing, according to Jonathan Weymer, senior pharmaceutical and healthcare industry analyst with Visiongain.

Not surprisingly, in response to the changing market dynamics and in support of the desire to focus on core competencies, many large pharmaceutical companies have been consolidating their manufacturing facilities to reduce their asset bases and associated costs, according to Cristin Grove, director of contract manufacturing at Pfizer CentreSource. “In addition,” she notes, “as many products face loss of patent protection, they are transferred to contract manufacturers in order to allow the remaining captive capacity to be used for pipeline products.”  Pfizer CentreSource also anticipates real growth in the virtual pharmaceutical space, which will have a direct impact on the contract manufacturing sector, because these virtual companies typically have no manufacturing assets and require partners to help commercialize their opportunities.

As a consequence, pharmaceutical companies are outsourcing nearly every aspect of the business, including API manufacturing. Palmquist notes that currently approximately 40% of industry business is outsourced, and she expects that number to increase to 80% over the next several years.

Full range of services
CMOs are increasingly seen as strategic partners for pharmaceutical companies, providing a one-stop-shop of services for formulation development and manufacturing throughout the lifecycle of a drug, according to Weymer. “Market-leading CMOs have grown through acquisitions and site expansions and have positioned themselves to offer almost all required services on a global scale,” he says. It is important to note, however, that there is still a role to be played by specialist CMOs, particularly those that offer biological drug manufacturing services. Visiongain also found in its survey of the pharmaceutical industry that CMOs that can ensure supply chain quality control while also providing production flexibility are in greatest demand. “The ability to deliver high-quality, flexible production will drive business to the leading firms in the market in coming years,” Weymer observes.

Highly potent potential
In addition to those CMOs that can offer integrated services from discovery through commercialization and off-patent production, contract manufacturers that have capabilities for the production of highly potent compounds will experience a higher share of the anticipated growth, according to Grove. “We believe there is significant upside in the high-containment space.  The primary driver is that pharmaceutical pipelines are focused on specialized disease areas such as the central nervous system (CNS), oncology, janus kinase (JAK) inhibitors, etc., and the vast majority of these new chemical entities (NCEs) require high containment.”

While Pfizer CentreSource has access to Pfizer Global Supply sites with capabilities for containment of highly potent APIs, other leading CMOs such as Catalent and Lonza have made considerable investments in high-potency API and antibody drug conjugate production facilities in anticipation of long-term growth in demand (at least over the next 10 years), according to Weymer. Even so, with high containment facilities requiring substantial capital investments in excess of $50 million in many cases, this capital constraint will prohibit many pharmaceutical manufacturers and CMOs from adding this type of capacity, according to Grove.

The key to success for highly potent API manufacturing will be for pharmaceutical manufacturers to partner early on in a project--such as Phase II/III--with CMOs that have the capability and capacity to produce highly potent compounds in development and commercial quantities. “With a partnership established in the earlier phases, it is much easier to continue and offer commercial manufacturing as well,” Grove explains. She sees Big Pharma and select (large) pure-play CMOs as the primary providers of this high potent API (and drug substance) capacity moving forward. 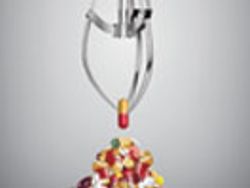 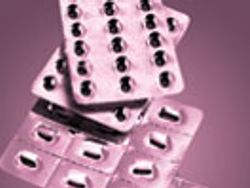