Will international biomanufacturing outsourcing become mainstream in this decade?

Biopharmaceuticals constitute a global industry, and biomanufacturers and drug innovators have long recognized the need for a global product strategy. As emerging economies grow, they are beginning to demand domestically produced biologics and vaccines to meet the public health needs of their growing populations, which in turn, has opened strategic opportunities at major biopharmaceutical companies. Biomanufacturing hubs outside the US and Western Europe are providing new options for global operations. In the past, potential cost savings drove many outsourcing decisions, but today, decisions are more complex as drug innovators integrate the demands of a growing global market.

BioPlan Associates tracked these trends in its 9th Annual Report and Survey of Biopharmaceutical Manufacturers (1). As biologics companies contract out of more sophisticated projects, global outsourcing has moved from a tactical to strategic decision for many companies. The decision calculus surrounding the choice of a global CMO reflects many of these changes. For example, perceptions of offshoring are changing, and drug innovators have become far less concerned about whether their CMO is based locally. Of 19 CMO attributes identified in the BioPlan study, "being local" came in last in terms of importance with only 6.3% of the 302 respondents identifying this attribute as "very important" (1). In 2005, 10.4% of respondents cited a CMO's location as "very important," but only 6.3% did in 2012. This change reflects greater acceptance of offshoring outsourcing activities due to industry globalisation, more production projects being successfully offshored and improved expertise of sponsors in managing offshored outsourcing.

Figure 1: Percentage of biomanufacturers in BioPlan Associates’ 2012 and 2011 surveys responding that they will offshore at least some biomanufacturing during the next five years (1).

A large percentage of biomanufacturers in 2012—as much as 36%—expect some manufacturing offshored by their facility during next five years (see Figure 1) although the percentage expecting to offshore more than half of their operations rated only in the single digits. This finding suggests that it may be too soon to assert that offshoring will become a mainstream activity although there are reasons to expect that offshoring will become more accepted, especially as regional operations outside the US and Europe begin to meet regulatory standards and as single-use bioprocessing devices enter commercial-scale manufacturing. These integrated, fully disposable facilities will enable manufacturing in more developing regions as many of the quality-management processes required for traditional facilities can be "built in" to the disposable devices.

In comparing survey results on offshoring in 2012 and 2011, the survey showed an across-the-board increase in the percentage of respondents who said they expect offshoring of at least some of their operations during the next five years (see Figure 1). Specifically, the survey showed that:

It is no surprise that countries, such as China and India, which are rapidly developing biomanufacturing clusters, appear high on the list of likely country destinations for international outsourcing. Among all industry respondents to the BioPlan annual study, China ranked highest as a potential international outsourcing destination with 26.2% of respondents (up from 17%), indicating that there was a "likelihood" or "strong likelihood" that they would outsource production to facilities there in the next five years. Next on the list was India, cited by 18.4% of respondents, up from 13.2% in 2011.

To some extent, geographical outsourcing trends tend to reflect availability (perceived or actual) of reputable CMOs in a given country. New facilities coming on line and the limited number of known CMOs can be more important reasons than cultural or political factors while patent and intellectual-property issues also clearly play a role. Nevertheless, China is clearly the top potential destination for future international outsourcing (even when segregating by US and European-based respondents), and India is growing in favour, particularly among US respondents.

It is worth keeping in mind that China was a late starter in the area of contract manufacturing. The few internationally based CMOs in China are working hard to establish a global presence, and legal and regulatory aspects continue to hinder commercial-scale contract manufacturing. Nevertheless, there continues to be excess pharmaceutical production capacity in China, so outsourcing may permit improvements as the idle capacity of many production facilities is addressed. It may take years for Chinese CMOs, however, to come up to full cGMP standards and to be permitted to operate at commercial scale. The BioPlan survey data shows that by 2017, between one-third and almost one-half of the industry will be outsourcing some form of operations internationally, with China a key component of future plans. Assuming that acceptance of offshoring continues to increase and that key emerging destinations, such as China, reach the necessary regulatory standards, it is reasonable to assume that by the end of this decade, offshoring will have become a mainstream activity.

Eric Langer is president of BioPlan Associates and a periodic contributor to Outsourcing Outlook. elanger@bioplanassociates.com 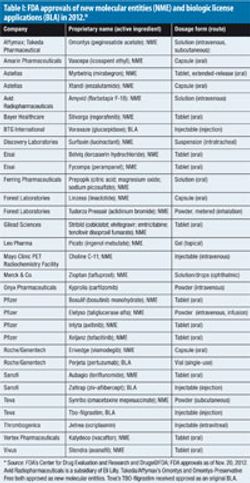