Eric Langer has over 25 years experience in biotechnology and life sciences strategic marketing management, market research, and publishing. He has held senior management and marketing positions at biopharmaceutical supply companies. He has published and authored many books and reports on topics in Biotechnology, Large-scale BioManufacturing, and bioscience commercialization and communication. He teaches at Johns Hopkins University marketing management, biotech marketing, services marketing, and marketing in a regulated environment. In 1989 he co-founded BioPlan Associates, Inc. to provide market analysis, and strategy to biotech and healthcare organizations.

Over the past 11 years, BioPlan’s annual report and survey of biopharmaceutical manufacturing has noted a shift in outsourcing to a more strategic calculus involving activities some had previously considered too core to outsource. At the same time, data have, not surprisingly, illustrated that outsourcing tends to be dominated by lower-value activities, these being the easiest for facilities to gain comfort in handing off to partners. So essentially, this year BioPlan found something of a bimodal trend, more complex process outsourcing and greater outsourcing volume of basic bioprocessing, such as fill-finish, and other activities.

With the release of the 11th Annual Report and Survey of Biopharmaceutical Manufacturing Capacity and Production, BioPlan reviews the responses from nearly 250 biopharmaceutical manufacturers and their perspective on, among many other aspects in bioprocessing, the landscape of outsourcing activity. The sample size is large enough to shape a view of the top activities being outsourced and what this year might hold.

On the other end of the spectrum, design of experiments (DoE) (34.1%), downstream process development (36.3%), and quality-by-design (QbD) services (37.4%) are the least likely to be outsourced, although at minimum about one-third of the industry appears to be outsourcing at least some degree of these activities.

If current trends hold, these results would in some cases mark a significant departure from 2013 rankings (1). Relative to other activities, for example, this year’s results suggest that toxicity testing and fill/finish operations are moving up the outsourcing popularity ranks (see Figure 1).

The following are some notable changes found in this year’s study:

This year’s results more closely resemble the figures seen in 2012, with last year’s data mostly a big step up from 2012. That may be simply a reflection of sample variance, or it may be that some of those that considered outsourcing new activities last year have pulled back from them this year.

Industry plans more outsourcing
Whatever the reason(s) for the apparent reining in of specific outsourcing in 2014, there doesn’t seem to have been a concurrent pull back in planned levels of future outsourcing activity. Instead, across the vast majority of activities identified, a larger proportion of respondents this year said they were planning to outsource the activities to “significantly higher levels” in the coming two years.

These planned expansions of outsourcing aren’t only limited to lower-value activities, either. A sampling of the results from respondents thus far note that:

Industry outsourcing more than ever
This year, if respondents follow through on their outsourcing plans, an even more influential dimension in the biopharmaceutical manufacturing industry can be expected. And there are signs that this might already be the case.

That’s because the data concerning the “popularity” of outsourcing (e.g., the percentage of respondents outsourcing various activities to some degree) mask another important measure: The estimated percentage of each activity that is being outsourced. And on this metric, certain aspects of outsourcing don’t seem to have slowed at all.

When the percentage of the various activities being outsourced today is estimated, approximately half are being outsourced at greater levels this year than in 2013. Some of the more notable increases follow:

Conclusion
Preliminary study data suggest that outsourcing activity remains strong and unlikely to abate, especially in more traditional areas. A pullback in the proportion of respondents indicating some degree of outsourcing—coupled with an increase in estimated levels of outsourcing—suggests that those facilities that are outsourcing activities are doing so at higher levels this year. This increased outsourcing is also the case for areas such as cell line development and downstream process development.

Moreover, expectations surrounding future levels of outsourcing activity remain high. And while the data indicate that few bioprocessing activities are exclusively outsourced by the industry, even this could change. For many in the biopharmaceutical manufacturing industry, outsourcing continues to be a core part of their strategy. There is little to suggest, if the results from the BioPlan study so far hold true, that this appetite for outsourcing non-core operations will decrease over the coming year.

About the Author
Eric Langer is president of BioPlan Associates, tel. 301.921.5979, [email protected] 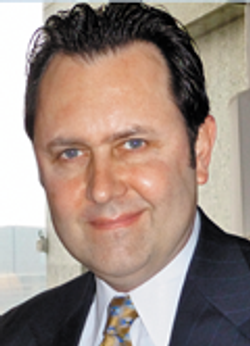 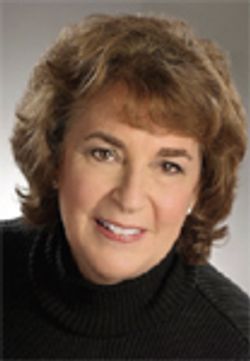