Recently adopted regulations in the European Union, United States, and Japan require pharmaceutical manufacturers to ensure that the excipients they use are produced in compliance with current good manufacturing practice (cGMP) regulations. Doing so can be quite challenging; however, drug makers can use hundreds of excipients from as many different suppliers. In addition, the pharmaceutical market accounts for only a fraction of the sales for many excipient producers. Several different voluntary standards and guidance materials have been developed by industry to help both drug companies and excipient suppliers meet GMP requirements, and regulatory agencies encourage the use of third-party auditing of excipient suppliers against these standards to ensure that they are using excipients that meet cGMPs. Adding to this challenge is the continual development of excipient regulations in emerging markets, such as China and Brazil.

Meeting these more stringent and evolving global requirements for excipients requires close collaboration between pharmaceutical companies and their excipient suppliers. Two-way exchange of information is necessary to ensure transparency and security of the excipient supply chain.

The US FDA Safety and Innovation Act (FDASIA) and the European Falsified Medicines Directive (FMD) are probably the most far-reaching regulations impacting pharmaceutical excipients in recent years, according to James Morris, director, pharma biotech with NSF International. “The need under FMD to complete formalized excipient risk assessments by March 2016 set an aggressive timeline for the pharmaceutical industry. And while risk assessment guidance is available, it is up to pharmaceutical excipient customers to ensure that excipients purchased meet the appropriate GMP requirements for the products they manufacture,” he observes.

The International Council for Harmonization Q3D Guideline for Elemental Impurities (ICH QD3) (1) has also presented issues for excipient suppliers and their customers. It applies a risk-based approach that creates challenges with respect to determining how to assess and quantify risks with non-API materials, including excipients, according to Patricia Rafidison, global regulatory compliance manager with Dow Corning.

Excipient manufacturers are expected to provide a risk-management plan or analytical data on intentionally added elements to enable drug manufacturers to comply with the guideline; however, the declaration of metal catalysts may become an issue if the identity of the metal constitutes crucial production know-how, according to Becker. “Many discussions are ongoing to determine the best risk management/risk assessment approaches and the most effective strategies to be adopted by the pharmacopoeias around the world,” Rafidison says.

Changes in excipient regulations are also occurring more rapidly than expected in developing regions, often with adoption of regulations modeled after those in the US and Europe, according to Rafidison. For instance, the new Chinese regulation came into force in August 2016 and replaces the existing Import Drug License (IDL) system for excipients imported into China. Going forward, excipients will be reviewed only in conjunction with a drug approval application (bundling), similar to the process in the US and Europe.

In addition, Rafidison notes that pharmacopeias have now been established in many different countries, and despite some successful harmonization efforts most have differing specifications, which presents difficulties for companies looking to sell their products in multiple markets.

Overall, there has been a greater focus on excipient quality and the security of the total excipient supply chain. “Drug manufacturers are actively working to comply with newer regulations, which has translated into increased requirements for excipient suppliers ranging from the completion of numerous questionnaires to greater numbers of customer audits,” states Rafidison. She adds that voluntary industry standards, such as NSF/IPEC/ANSI 363: Good Manufacturing Practices (GMPs) for Pharmaceutical Excipients (2) and the EXCiPACT GMP and GDP standards are helping companies overcome compliance challenges and providing opportunities for both drug manufacturers and excipient suppliers that proactively implement them.

“It is important to keep in mind that new regulations generally are introduced to enhance patient safety or otherwise improve things for patients, and the entire supply chain is responsible for meeting the new requirements,” asserts Gary Lord, global strategic marketing director, medical solutions, with Dow Corning. He adds that the best relationships involve two-way dialogues, with excipient suppliers providing more than products at the lowest cost. “Everyone needs to be vested in helping develop the best medicines for treating unmet patient needs,” he says.

Indeed, in the highly regulated pharmaceutical market, both parties depend on a close and forward-looking collaboration to be successful, according to Becker. “Reliability is key for long-term partnerships, which are beneficial in a business that involves protracted processes such as drug development and approval,” he notes.

To be able to justify excipient selection during development, therefore, pharmaceutical companies must form strong partnerships with their excipient manufacturers. “It is incumbent on both suppliers and their buyers to establish mutually beneficial supply agreements and leverage third-party audit and certification programs to meet regulatory expectations in a cost-effective manner,” Morris concludes.

The regulatory requirement to perform supplier risk assessments, in fact, warrants the use of excipient GMP certification schemes to demonstrate ongoing assurance that the most current GMP requirements are being met by the excipient manufacturer, according to Morris. “GMP certification by an accredited certification body provides a level of quality assurance which will, in many cases, satisfy and preclude an on-site company audit,” he asserts.

Leaders, including large and small companies committed to the pharmaceutical industry, actively seek open communication and transparency with their excipient suppliers. They also clearly define the intended applications for the excipients they purchase, according to Rafidison. “It is essential for the excipient supplier to understand the intended use so the appropriate grade/product can be recommended. There must be trust in the supplier-customer relationship; limited information sharing leads to limited understanding, which only creates further issues,” she notes.

These companies leverage industry resources through IPEC, NSF International, and Rx-360 to understand and comply with the new regulations, according to Morris. Drug manufacturers that are proactively working to comply with the newer excipient regulations are also organized and typically have systems in place to conduct supplier risk assessments, either themselves or through third-party certification programs. “These companies are working closely with suppliers like Dow Corning to find mechanisms for minimizing the work load and optimizing the output,” asserts Rafidison.

Lord would like to see harmonization/standardization of questionnaires and quality agreements, so that resources could be freed up for more important work. Becker, meanwhile, would like to see regulatory-affairs groups on both sides becoming involved at earlier stages of new development projects not only to help identify solutions for potential regulatory hurdles in advance, but also to allay ungrounded concerns.

Selecting the right excipient supplier is crucial given the heightened emphasis on ensuring security of the entire excipient supply chain. Suppliers should be knowledgeable about the unique needs of the pharmaceutical industry and its complex regulatory landscape and share that knowledge through active participation in industry conferences, working groups that influence the development of new regulations, and trade associations that prepare guidance documents and tools, according to Rafidison. The best excipient suppliers also willingly provide information needed for customers to complete risk assessments and take the initiative to ensure compliance through the establishment of comprehensive quality programs. Morris adds that pharmaceutical manufacturers should look for excipient suppliers that have proactively evaluated their level of GMP compliance against one or more of the voluntary industry standards and ideally sought certification from an accredited certification program. “These excipient suppliers will ultimately reduce their audit burden, increase GMP awareness internally, and increase the value they offer,” states Morris.

Many excipient suppliers are constantly working hard to improve the quality of their materials, according to Keith Horspool, vice-president of pharmaceutical development in the US for Boehringer Ingelheim Pharmaceuticals. “They are also making robust efforts in conjunction with FDA to improve the content of the Inactive Ingredient Database (IID),” he adds.

Suppliers with long-term experience in the development and manufacture of excipients, a broad product portfolio that provides solutions for nearly any formulation problem, and a good reputation with regards to high quality standards and regulatory compliance will be the best choice for drug manufacturers to be successful in a highly regulated and competitive market, says Becker. “Instead of pure product supply, we support our customers with expertise in R&D, drug formulation, and regulatory affairs,” he adds. Asserts Rafidison: “Working with excipient suppliers who invest in innovation and provide targeted expertise can help pharmaceutical companies speed up new drug development and shorten time to market all around the world.”

In fact, novel excipients are taking on increasing importance as enablers of product development, according to Horspool. “The need for such materials has never been greater based on the ability of new excipients to improve product profiles (more consistent performance), to facilitate new product processing concepts such as continuous manufacturing, and to enable new therapeutic entities to be formulated into efficacious products,” he states.

To realize the potential and value of novel excipients, however, the regulatory process for their acceptance needs to be modernized. At present, novel excipients are approved as part of a new drug approval that creates a huge challenge and risk to excipient developers and pharma companies in adopting a new excipient in conjunction with an important new therapeutic. “This situation is becoming increasingly difficult and is leading innovators in new excipients to question whether investments in this area are commercially viable. Both pharma/biotech and excipient developers regard this as a critical topic to address and a joint IQ/IPEC-Americas Initiative is ongoing to solicit support from FDA to revise current regulatory processes that are an impediment to future development and adoption of important novel excipients,” observes Horspool. In addition, a request has been made for a Critical Path Initiative Meeting in 2017 to discuss a potential qualification process in early clinical development for novel excipients outside of the drug approval process.

When referring to this article, please cite it as C. Challener, "Collaboration Key to Meeting Excipient GMP Requirements,” Pharmaceutical Technology 41 (2) 2017.

Viewpoint: No Clear Path for Pharma or Outsourcing 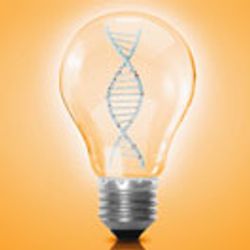 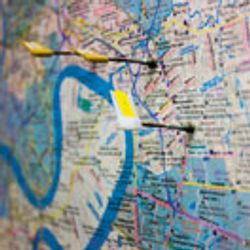