The commercial availability of an increasing diversity of enzymes has led to the growing use of biocatalysts for API synthesis.

The complexity of both small-molecule and large-molecule drugs is increasing as pharmaceutical companies seek therapeutics with new mechanisms of action. In small-molecule therapeutics, increasing complexity often translates to larger numbers of stereocenters. Because only the isomer of a chiral drug that exhibits activity must be produced in high purity, much effort has been invested over the past 20 to 30 years in the development of tools for the asymmetric synthesis of pharmaceutical intermediates. Classical resolution and other methods for the separation of isomers, including large-scale chiral chromatography, and advanced chemocatalysts that mediate a wide variety of enantioselective transformations and enable more rapid and efficient synthesis of complex pharmaceutical intermediates and APIs are widely used today. More recently, technology for the development and commercialization of a diverse array of enzymes that can catalyze stereoselective reactions has led to their increasing use for pharmaceutical synthesis. While advances continue to be made in chemocatalysis, the area of chiral chemistry generating the most excitement is synthetic biology, or the use of multiple enzymes in one-pot reactions (and ultimately in a single organism) to carry out sequential reactions that result in the production of an advanced intermediate or even an API.

While there haven’t been any major new breakthrough chemical or biological transformations reported in recent years, there continue to be incremental improvements in existing technologies. For the pharmaceutical industry, these advancements include improvements in processing capabilities, such as flow chemistry, that make large-scale implementation of these technologies possible, according to John Caldwell, editor-in-chief of Chirality and professor emeritus at the University of Liverpool. He also notes that the development of effective chiral transformations that are “greener” and proceed at large scale in water, use low levels of catalysts that can be recycled, require lower temperatures and pressures, reduce the number of steps through carefully designed cascade sequences, are more atom economical, and use less hazardous materials has become important in the pharmaceutical industry. “We now have a lot of choices of methods for obtaining pharmaceutical intermediates with extremely high enantioselectivities in the range of 99.9%, and part of the challenge now is choosing the best method for a given API,” he notes.

Route development based on good process chemistry is in fact crucial and should be addressed prior to choosing a chiral technology, according to Garrett Hoge, chiral technology manager at the ChiroTech Technology Center, part of Dr. Reddy’s Custom Pharmaceutical Services business. “It is important not to use chiral technology just for the sake of it. Chiral chemistry must be implemented in an effective manner. It is as important to have an efficient route to the prochiral substrate as it is to have a highly effective chiral catalyst,”  Hoge says.

“Greening” of chiral chemistry
The “greening” of chemical manufacturing is one trend that has led to the growing use of biocatalysts for asymmetric synthesis, because these reactions often proceed in water under mild conditions, produce less waste, and are highly selective. Biocatalysis has also passed the proof-of-concept stage, according to Hoge. In addition, Tom Moody, head of biocatalysis and isotope chemistry with Almac and a professor of chemistry at the University of Belfast, notes that a diverse array of enzymes are now commercially available in quantities suitable for pharmaceutical manufacturing. There are a large number of transaminases and dehydrogenases, for example, available for commercial-scale use that enable the enantioselective production of key building blocks and intermediates needed for API synthesis, according to Stefan Mix, Almac’s biocatalysis team leader.

Advances in molecular engineering
The increased availability of enzymes can be traced back to significant advances that have been achieved in molecular biology, metabolic engineering, and bioinformatics, according to Moody. “The design and engineering of enzymes for highly selective chiral transformations is now possible under tight timelines,” Mix notes. “In fact, a customized enzyme for a specific application can be developed in a few months rather than with extended periods of time and cost,” Mix explains. In many cases today, the cost of chiral ligands is greater than the cost of the enzyme that can provide the same product,” he adds. Hoge also points out that the identification of the gene of interest within a specific organism is also much easier today, and genes can be synthesized for just s few $100.

Access to enzymes
The availability of large quantities of enzymes at reasonable cost, combined with the greater sustainability of processes based on biocatalysts, has led to their use at earlier stages of the drug development process. “There is definitely a growing acceptance of the use of enzymes for the synthesis of APIs according to GMP,” Moody says. However, unlike for chemocatalysis, for which there are established procedures and guidelines for GMP manufacturing, a scientific approach has been undertaken for biocatalysis. Selected industrial specialists are now getting together to prepare a detailed document for the application of enzymes under GMP that will be published in 2014, he notes. Mix adds that, even though medicinal chemists are slow to adopt novel technologies, where once it was common to use enzyme catalysis only in second-generation synthetic routes, today biocatalysts are being considered from the earliest phases of new product development because of the benefits they provide in terms of cost, productivity, and efficiency.

One leading example of the implementation of a second-generation biocatalytic route was achieved by Merck & Co. A highly active and stable immobilized transaminase catalyst for the reduction of ketones to chiral amines created using directed evolution techniques served as a replacement for a rhodium-catalyst used for asymmetric enamine hydrogenation in the production of the antidiabetic drug Januvia (sitagliptin) (1). Development of the enzyme was accomplished in 10 months through cooperation with Codexis. The process demonstrated the potential to improve productivity by 56%, increase yield by 10-13%, and reduce overall waste generation by 19%, according to Merck. A pilot plant process was completed in 2009, and FDA granted approval for the new route in April 2012 (2).

The work that Frances Arnold, the Dick and Barbara Dickinson professor of chemical engineering, bioengineering, and biochemistry at the California Institute of Technology, demonstrates the versatility and potential of enzyme catalysis. Arnold has engineered a bacterial cytochrome P450 enzyme to catalyze highly diastereo and enantioselective carbene transfers from diazoester reagents to aryl-substituted olefins, enabling cyclopropanation through a route not observed in nature (3).

Gaining acceptability
More recently, the idea of synthetic biology has taken hold, according to all three scientists. “Pharmaceutical companies, contract manufacturers, and academic researchers are all investigating the possibility of engineering systems that consist of multiple enzymes that work in tandem and/or in sequence to generate complex chiral molecules with high selectivity,” Hoge explains. Further down the road, Moody says the ultimate goal is to engineer whole cells that switch on and off genes for different enzymes and can take basic raw materials and convert them into isomerically pure, complex, highly value added pharmaceutical intermediates, and ideally APIs themselves. “Investigations are still at the very early stages, but the interest in biomimetic synthesis is very high, and there is a wealth of transformations possible given the biological complexity of nature,” Mix observes.

ChiroTech, for example, has developed a two-enzyme system for the dynamic kinetic resolution of nonnatural α-amino acids. The company engineered N-acetyl amino acid racemase (NAAAR) to catalyze the racemization of many N-Acetyl amino acids, which when used in combination with an L- or D- acylase enzyme, enables their dynamic kinetic resolution. “Because the NAAAR enzyme is general in its ability to racemize many N-Acyl amino acids, we have found many applications for this system and typically achieve an enantiomeric purity of 99%,” Hoge comments.

Don’t count out chemocatalysis
Chemocatalysts will always have a place in API manufacturing, even though much of the excitement today is centered around biocatalysis. “Asymmetric hydrogenation in particular is a very important reaction in the pharmaceutical industry and will continue to be so,” Hoge asserts. He adds that there are still many new applications yet to be discovered. The fact that many chiral ligands are coming off patent will also promote the use of chemocatalysis because the cost of catalyst systems will decline significantly. In addition, chemocatalysts are very attractive for generics manufacturers, who can capitalize on asymmetric hydrogenation technology by improving on innovator routes that might not access a chiral technology. “These new and improved routes are enabled with technology allowing for more efficient implementation and a lower cost of goods than the originals,” Hoge notes.

Cascade organocatalysis
Organocatalysts also show potential for use in chiral transformations, particularly when used in cascade reactions, such as those being developed by David MacMillan, the James S. McDonnell distinguished university professor of chemistry at Princeton University. “We have a much greater understanding of the molecular environment required for catalysts, and therefore there is greater potential to design effective organocatalysts,” Caldwell says. In fact, ChiroTech has found that industrial application of this technology is possible and plans to bring an organocatalytic route to the plant within the next several months, according to Hoge.

Fitting the theme of synthetic biology, MacMillan’s approach to organocascade catalysis is based on the biochemical blueprints of biosynthesis. According to MacMillan, it includes the successful merger of different reactivity platforms, allowing access to intricate structural motifs directly applicable to natural product synthesis and enabling the straightforward generation of multiple stereocenters in a single operation. His group is using this strategy to construct the chiral frameworks of several complex natural products. Most recently, they achieved the enantioselective total synthesis of (−)-minovincine in nine chemical steps (4).

Caldwell believes that the design of cascade reactions through the assembly of known chemistry--whether involving organo-, chemo-, or biocatalysis--in unique sequences that leverage the best properties of each provides tremendous opportunities for advancing asymmetric synthesis in general and developing practical, efficient, and more sustainable commercial-scale routes to enantiomerically pure pharmaceutical intermediates and APIs. 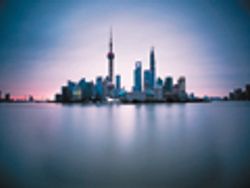 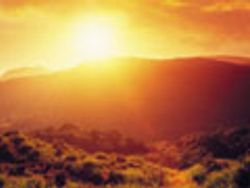