In biopharmaceutical manufacturing, outsourcing and off-shoring have migrated into much more high-value areas.

The biopharmaceutical industry is changing the way it manufactures. According to BioPlan Associates’ 10th Annual Report and Survey of Biopharmaceutical Manufacturing Capacity and Production (1), outsourcing and off-shoring have migrated into much more high-value areas of opportunity over the past 10 years. BioPlan’s annual studies receive input from between 300-400 global respondents and facilities, on a broad range of issues. Outsourcing and offshoring are some of the many key areas analyzed. Over the past decade, BioPlan has found that developing regions, including China, India, and Brazil, as well as the substantial investments in technologies that improve productivity and efficiency are making outsourcing more strategic. Beyond typically outsourced activities like fill-finish, validation services, and assays, companies are increasingly relying on their suppliers to address more challenging processes. From expertly packing chromatography columns, to providing higher-quality liquid media and buffers at large-scale, suppliers with technical competence are taking on some of the industry’s most challenging operations.

Trend one: Outsourcing is growing across all production systems
Before looking at the finer details of the outsourcing landscape, it’s worth taking a broader view and data from BioPlan’s studies confirms that biomanufacturing outsourcing is a growing market. Part of BioPlan’s industry-wide census involves the percentage of facilities that are outsourcing at least some of their production. The results over the past 10 years tell show that outsourcing is not only increasing across traditional systems including mammalian cell culture and microbial fermentations, but also across newer systems such as plant and insect cells.

Specifically, this past year found:

Trend two: More core activities are geing outsourced
There is a growing trend towards outsourcing of activities previously deemed too core to be outsourced. In this latest survey, for example, 44.4% of respondents said that they outsourced downstream process development, a significant increase from 29.2% a year earlier and 22.1% in each of the prior two years.

Similarly, the proportion of respondents reporting having outsourced upstream process development has more than doubled since 2010, from 17.1% to 43.2%. Comparable rates of growth are also seen with outsourcing of design of experiments (from 21.4% to 43.2%) and quality-by-design (QbD) services (from 19.3% to 42%). These activities are still at the bottom of the list in terms of outsourcing popularity, but they are growing rapidly, signaling a greater degree of comfort on the part of clients with the technical expertise of their partners (see Figure 1).

Trend three: Most outsourcing remains with lower-value activities
While the range of activities being outsourced is broadening into new areas, the heaviest levels of outsourcing activity are still centered on lower-value services.

From the responses gathered, BioPlan estimated the average percentage of outsourcing done by biomanufacturers across the various activities listed. On average, facilities outsource 32.3% of analytical testing/bioassays (up from 27.6% in 2012 year), 31.8% of their fill/finish operations (down from 34.5%), and 28.5% (27.3% in 2012) of their toxicity testing (see Figure 2). It’s worth remembering that these numbers are averaged out among all facilities including those not outsourcing any of these activities. In essence, it’s an estimate as to how much of the market’s activity in these areas is kept in-house as opposed to being outsourced.

The numbers show that, not surprisingly, lower-value services are the ones that the industry is most comfortable outsourcing. On the other end of the curve, only 7% of design of experiments and 5.9% of QbD services activity is being outsourced. None of the 24 areas identified were indicated as being outsourced at more than a third of their total activity. So, while it’s fair to say that outsourcing is essentially universal, with most every company involved to some degree, it’s also worth noting that in general, few areas of bioprocessing are predominantly outsourced activities. That threshold might at some point be crossed for some repetitive or less technical activities, such as performing analytical testing/bioassays, but it is not the case for the time being.

Trend four: Majority of biosimilars production could be outsourced
One area that might end up being mostly outsourced is biosimilars production. Contract manufacturing organizations (CMOs) are likely to see big benefits from the advent of biosimilars, with many CMOs already reporting double-digit increases in business. Given that a significant portion of larger companies will likely prefer to allocate what in-house manufacturing capacity they have to newer, higher-margin products, it’s reasonable to foresee a scenario in which major players in biosimilars, at least from a marketing standpoint, will be using CMOs to manufacture their products. Companies will likely license biosimilars from a selection of small and foreign developers and then contract out the manufacturing of these products. It’s possible that a slim majority of biosimilars and biobetters will be manufactured by CMOs.

Trend five: Budgets for outsourcing are rebounding
The data and trends point to an outsourcing industry that is expanding in scope, but to what extent are budgets following? One would presume that biomanufacturers would be spending more on outsourcing given their increasing desire to contract out higher-value activities. And data does show that budgets for outsourcing have swung positive over the past few years, as the range of activities being outsourced has swelled.

In fact, over the past five years, respondents to BioPlan’s annual studies have gone from forecasting moderate decreases in spending (of -1.3% in 2009) on outsourced biopharmaceutical manufacturing to +1.7% budget increases in 2013. Only hiring of new operations and scientific staff has undergone a bigger turnaround in budgets during the past five years--with that swing very likely due to a general loosening of budgets after recessionary staff reductions.

Trend six: Outsourcing’s growing role in cost-containment
Outsourcing is no longer a top priority when facilities are looking to reduce costs. This may largely be due to saturation and limited returns, with the easiest attainable tasks and those offering the most savings from outsourcing likely already outsourced in prior years. It’s also another indication that outsourcing is moving to higher-value areas --with that calculus not driven by cost considerations but instead by the equipment and expertise that CMOs offer that may simply not be available in-house. In other words, use of CMOs is now, perhaps, viewed as a necessary unavoidable expense not affording opportunities or appropriate for further cost-saving. Rather than saving costs, CMOs are viewed as providing benefits including flexibility and low capital investment.

BioPlan asked organizations to identify which of several actions they had taken during the past 12 months to reduce costs at their facility (see Figure 3). The survey found 19 common actions associated with bioprocessing, and five of these were related to outsourcing. These five were near the bottom of the list. But it should be noted that they are growing. Last year, for example, 14% of respondents reported having outsourced manufacturing to domestic service providers to cut costs, while 12.6% offshored manufacturing as a cost-containment tool. Those percentages were roughly double the comparable figures from only to years earlier (7.1% and 5.7%, respectively).

So despite not being seen as offering major cost-saving, outsourcing still surely is used by some organizations for cost-reductions (although with these often already implemented, improvements are likely harder to see). But now, other benefits that are much harder to quantify as cost-savings, such as the flexibility outsourcing provides, may be more important.

Trend seven: Outsourcing is becoming more strategic
There are risks to high levels of outsourcing. Outsourcing can leave companies with fewer real assets, inadequate bioprocessing facilities and staff lacking needed in-house expertise. When activities that were previously considered essential to retain in-house become options for outsourcing, the calculus moves beyond a simple short-term balance sheet analysis and instead turns to a study of the long term outcomes, since R&D cycles and production build outs are lengthy and risk-intensive. In this context, it is the additional strategic benefits, beyond just cost savings, that outsourcing can bring to drug development and manufacture that often swing decisions.

Those benefits must be weighed against the problems that come with reduced in-house capabilities and expertise that accompany outsourcing: these problems include companies having to hire CMOs and consultants to find and fix problems that classically would or should be resolved by in-house staff, with this potentially being costly. Other problems can arise, such as a lack of consistency in bioprocessing and regulatory documentation, which in turn lead to delays in product development, approvals, and manufacturing.

Trend eight: Offshoring is part of the strategic decision
Companies appear increasingly willing to trust partners beyond those local to them. In fact, in last year’s study, only 7% of respondents said that their CMO partner being local to them was a very important issue. Location of CMOs has never been important to facilities, with just 1 in 10 considering it very important back in 2006.

Data from the BioPlan study supports a growing trend towards international outsourcing of some activities. Responses were evaluated from 2011 to 2013 regarding the percentage of biomanufacturers that plan, within the next five years, to offshore at least some of various indicated activities ranging from process development to clinical trials and operations (see Figure 4). Significant growth was found in process development, a 33.5% numerical and 250% relative increase from 22.4% in 2011 to 55.9% this past year. Process development was the only area where over half of respondents plan to offshore in the next five years (although with increased emphasis on QbD and related quality issues, one would presume less offshoring of process design). Areas associated with biomanufacturing operations indicated a relatively smaller but still solid overall increase in expectations for offshoring, rising from 37.6% in 2011 to 50% in 2013.

Trend nine: Emerging markets a bigger part of the equation
Biopharmaceutical facilities are being built by local companies in developing countries to serve their domestic, regional, or lesser-regulated international markets. Markets for biopharmaceuticals are growing in many developing countries, such as India and China, with increased incomes, a new middle class and improved healthcare.  Indeed, China (8.6%) and India (8.1%) together account for about one-sixth of global capacity. Factor in hubs in other Asian countries (9.7%) and Latin America (6.6%), and these emerging regions now hold a combined third of estimated global concentration of bioprocessing capacity, employment and productivity (2).

It’s true that these regions have yet to provide the institutional knowledge, facilities, and quality systems to compete in terms of commercial cGMP manufacturing infrastructure, and they have yet to contribute substantially in terms of manufacturing products marketed in the US and European Union. However, products made in India by Biocon may soon become available in European markets, and multiple South Korean companies can be expected to be among the leaders in launching biosimilars in the United States and EU markets. But China, Singapore, and other countries may have a long way to go, perhaps another decade, before substantially providing products/APIs for the EU and US markets. These countries, however, have become attractive destinations for outsourcing over time, and there’s reason to believe that they will grow to become more competitive with the established players.

Trend ten: Better communication enables better outsourcing
Data point to a growing comfort on the part of biomanufacturers with strategically outsourcing core activities—and with the potential to contract this business out to companies in emerging locations. Ultimately, though, these broad trends will only take root if both partners are comfortable with the relationship

Indeed, as outsourcing becomes more complex, and less familiar, clients and their partners will need to work harder than ever to ensure that they are able to communicate effectively to sort out any real and potential issues. The biomanufacturing community seems to recognize the importance of these “soft issues.” When asked to choose from a list of issues they consider “very important” when considering outsourcing to a CMO, a leading 53% cited “stick to a schedule.” Roughly half also cited “establish a good working relationship.”

These issues have little to do with the type of activity being outsourced or the country they are being outsourced to. What they do indicate is that for international outsourcing—of highly technical activities nonetheless—to become a more seamless proposition for companies and their clients, both parties will need to pay good attention to the underlying relationships that will make their partnerships a win for both sides.

About the Author
Eric S. Langer is president and managing partner at BioPlan Associates, Inc., elanger@bioplanassociates.com. 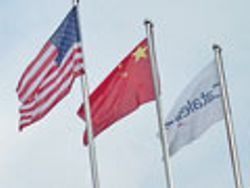 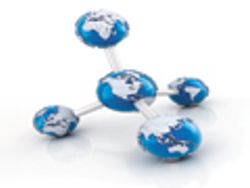 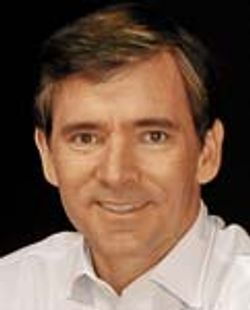