More health systems are saying ?no? to reimbursements for new drugs; CMOs must adjust strategies.

The value of the customer relationship to a CMO is a function of two variables: unit volume and price per unit. Both variables are contentious issues: bio/pharmaceutical companies are putting enormous pressure on their CMOs for lower prices, while their inability to deliver forecasted volumes often means lost revenues for CMOs as reserved capacity goes unutilized. The resulting low margins depress CMO profitability and threaten their ability to raise capital and invest in replacement equipment and new facilities.

While low prices and missed forecasts often undermine the CMO-customer relationship, they reflect real challenges in the macro bio/pharma environment. Governments and private payers in North America and Europe are increasingly unwilling or unable to afford escalating expenditures on drugs. In Europe, governments have either pledged to reduce drug expenditures by national health plans or limit the growth of those expenditures to less than 5% annually. To ensure that budget targets are met, drug companies are forced to rebate some of the revenue realized from sales to national health programs when those purchases exceed targeted levels.

In the US, there has been much press attention to the rapid rise in list prices for drugs, but the reality is that those list prices do not reflect what drug companies actually receive from their sales. A recent analysis by investment firm Credit Suisse found that major bio/pharma companies must give back 25–50% of the drug price in the form of discounts or rebates (1). Health insurance companies are getting tougher when negotiating pricing and are pushing more of the costs onto patients in the form of higher co-pays.

Europe, especially the UK and Germany, is leading the way in restricting formulary access for new drugs. The leader in this process has been the UK’s National Institute for Clinical Excellence (NICE). NICE evaluates drugs for inclusion on the approved formulary of the UK’s National Health Service based on an analysis of clinical benefit relative to cost.

While NICE does not set actual prices in the UK, its counterpart in Germany, the Institute for Quality and Efficiency in Health Care (IQWIG), does. Drugs that are deemed not to deliver additional clinical benefit are priced at the level of the comparator drugs already on the market, which are often generics. Bio/pharma companies have withdrawn some innovator drugs from the German market after receiving an evaluation of no additional benefit because they were unwilling to accept payment at generic-drug price levels.

Evaluations of new drugs by IQWIG have been similar to those by NICE. During the period 2011–2014 (first three months), IQWIG determined that 50% of the new drugs presented to it offered no additional benefit relative to drugs already on the market. A third were deemed to offer minor or non-quantifiable benefits, and only 10% were found to offer considerable benefit (2).

CMOs take a hit
Decisions limiting or rejecting coverage for new drugs have hit CMOs hard. PharmSource analysis found that  nearly 60% of the rejected or limited drugs use a CMO for drug manufacture, and a similar percentage use a CMO for API manufacture. PharmSource estimates the lost CMO revenues amount to at least $250 million per year, and probably more: NICE and IQWIG evaluations are referenced by most other European countries, and even by Japan.

Drug companies and CMOs will take an even bigger hit as the US catches up with Europe in the evaluation of comparative effectiveness. The furor over the cost of Gilead’s Hepatitis C treatment Sovaldi (contract manufactured by Patheon) has focused heightened attention on the cost/benefit trade-off.  In recent months, the American Society of Clinical Oncology has begun its own initiative to evaluate the cost effectiveness of alternative cancer therapies as guidance for oncologists.

In the face of this increasingly difficult macro environment, how should CMOs respond? Their first response should be defensive by doing rigorous due diligence when determining pricing and contract terms for new drugs, especially new molecular entities. They need to understand whether the sponsor’s expectations regarding price and volume are realistic given the high performance benchmarks erected by payers. They should be familiar with the coverage decisions that have been made regarding similar drugs, and they need to satisfy themselves that sponsors have reflected pharmaco-economic factors in clinical trial design and marketing plans.

Where coverage risks are high, CMOs may want to insist on take-or-pay or volume-based tiered pricing schemes to assure themselves a level of protection against adverse coverage decisions. They must also be relentless in their efforts to drive down their operating costs to protect their margins.

Price pressures and coverage limitations are immutable elements of the bio/pharma industry’s macro environment. CMOs need to reflect those realities in their processes and operations if they are to succeed.

References
1. S. King, “FirstWordLists: Which companies pay the highest US rebates and which companies are most dependent on US drug price increases?” May 11, 2014.
2. PharmSource, “Not So NICE: How Market Access Schemes in Europe are Impacting the CMO sector” (May 2014). 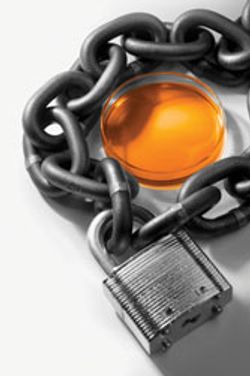 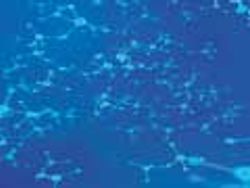