A roundup of manufacturing and service expansions

Albany, NY (May 21)–Albany Molecular Research, Inc. (AMRI, www.albmolecular.com) signed a definitive agreement to acquire two pharmaceutical manufacturing sites, along with additional land for future expansion, in Aurangabad and Navi Mumbai, India. AMRI will acquire the assets, including facilities, employees, products, and equipment of Ariane Orgachem Pvt. Ltd. in Aurangabad and Ferico Laboratories Ltd. in Navi Mumbai for approximately $11 million in cash. All of the facilities are currently owned by the Runwal Group (www.runwal.com) and manufacture a range of pharmaceutical intermediates and bulk active ingredients.

As part of the purchase, AMRI will obtain additional land in Aurangabad with plans to invest approximately $15 million to expand capabilities there over the next three years. The proposed expansion includes increasing capacity, as well as bringing these facilities into compliance with US Food and Drug Administration regulations for manufacturing clinical trial materials and commercial drug substances. Subject to customary closing conditions, the transaction is expected to close during the second or third quarter of 2007.

Milford, MA (May 16)—Avecia OligoMedicines (www.aveciabiotech.com) plans to further expand its manufacturing facility in Milford to enhance its capabilities in siRNA and aptamer manufacturing. Avecia expects the new facility and equipment to be on line by September 2007. As part of the expansion, the company will install new large-scale cleavage-deprotection vessels and equipment to enable large-scale siRNA manufacture.

East Hills, NY (May 16)—As part of its global initiative to align with customers worldwide, Pall Corporation (www.pall.com) inaugurated its newest Life Sciences Center of Excellence in Bangalore, India. The center includes a proteomics laboratory, a validation laboratory, and a training facility to support Indian and regional customers.

Baton Rouge, LA (May 15)—Albemarle Corp. (www.albemarle.com) is moving the operations of its Dayton, Ohio manufacturing plant to its recently acquired facility in South Haven, Michigan. The company expects to begin the move before the end of the second quarter of 2007. As part of the move, Albemarle will reduce personnel at its facility in Dayton. Some employees will be moved to South Haven or other Albemarle sites.

Basel, Switzerland (May 11)—Roche (www.roche.com) opened a new biotechnology production center in Basel today. The facility will manufacture the anticancer drug "Avastin" (bevacizumab). The Roche Group plans to inaugurate a second new facility in Penzberg, Germany this July. Together with the Basel site, these two facilities will supply Avastin and "Herceptin" (trastuzumab). The first batch of Avastin from Basel is scheduled for delivery in 2009. Until then, Genentech(South San Francisco, www.gene.com) will supply Avastin.

Greenwich, CT (May 10)—Aptuit (www.aptuit.com) will establish a new clinical packaging and logistics facility on the east coast of the United States and build a larger, more modern facility in Deeside, United Kingdom. The US facility will be located near Philadelphia and will accommodate formulation development, analytical testing, and manufacturing operations. The 400,000–500,000-ft2 site is expected to be completed by the summer 2008. The site in Deeside also is expected to be completed in 2008.

Ludwigshafen, Germany (May 9)—BASF (www.basf.com) is expanding its manufacturing capacity for the intermediate tetrahydrofuran (THF) by 30,000 tons per year. The decision to expand is a response to growing demand for THF in the European pharmaceutical industry. The expansion will raise the company's total annual production of THF to 210,000 metric tons.

Basel, Switzerland (May 9)—Lonza Group Ltd (www.lonza.com) plans to start large-scale production of antibody drug conjugates by investing in a new production unit and in supporting development and analytical laboratories, in Visp, Switzerland. Construction of the commercial-scale plant in Visp began in the last quarter of 2006. Stage I is expected to be on line in 2008. The plant will initially be capable of producing over 100 kg of antibody drug conjugates per year, and future expansion plans are built into the design. Currently Lonza is operating laboratory scale production and will bring small-scale pilot facilities on stream in 2007.

Waltham, MA (May 7)—AstraZeneca (www.astrazeneca-us.com) began construction of a $100-million research and development expansion at its facility in Waltham. The 132,000-ft2 facility is scheduled for completion in mid-2009. Once complete, it will accommodate up to 100 additional researchers.

Plantation, FL (May 7)—Goodwin Biotechnology (www.goodwinbio.com) is doubling its manufacturing space with an expansion that began in mid-2006. The company is installing two new stir-tank bioreactors and relocating, upgrading, and tripling the size of its process development laboratory.

Newcastle-Upon-Tyne, UK (May 4)—Excelsyn (www.excelsyn.com) received a $9.8-million coinvestment from Endless LLP (Leeds, UK, www.endlessllp.com) and NorthStar Equity Investors (Newcastle, UK, www.northstarei.com). Excelsyn plans to use most of the investment to upgrade and expand its pharmaceutical development and manufacturing facility in Holywell, United Kingdom. The first phase will be completed in 2007, and the second phase is scheduled for completion in 2008.

San Diego, CA (May 3)—Althea Technologies, Inc. (www.altheatech.com) completed the initial phase of construction on its new CGMP manufacturing facility. The warehouse and materials-management section of the facility are now complete, and the active pharmaceutical ingredient (API) and aseptic fill-and-finish wings are still under construction. The API facility houses a fermentation train leading to a 1000-L scale batch production with downstream processing facilities. The aseptic fill-and-finish wing will include automated vial and syringe filling, inspection, and labeling equipment capable of producing batch sizes larger than 100,000 units. Construction of the 30,000-ft2 facility began in January 2007. Once completed, Althea will occupy a total of 80,000 ft2.

The manufacturing facility is in the process of being equipped to manufacture the company's long-acting release formulation of exenatide, which is being developed to treat Type 2 diabetes. The expanded facility is expected to create up to 500 jobs over the next three years.

The new, large-scale, multiproduct bulk facility is modular in design to accommodate potential future expansion. Phase I of the project calls for the construction of four main buildings: a manufacturing structure that will house six 20,000-L cell-culture vessels and one purification train; a central utility building; an administrative and quality-control building; and a warehouse and storage structure. The facility is projected to be operationally complete in 2009, and BMS plans to submit the site for regulatory approval in 2010.

Phase I of the facility will require a workforce of approximately 350 employees. Future expansion of the site, including several additional buildings, could lead to a total of 550 or more employees. Any expansion will depend on the demand for BMS's biologic drugs and regulatory approval of investigational compounds.

The facility will support increased production capacity for "Orcencia" (abatacept), BMS's first internally discovered and developed biologic medicine, and also will manufacture commercial quantities of compounds currently in development should those compounds receive regulatory approval BMS currently manufactures biologic compounds in a company-owned facility in Syracuse, New York, and finishes and packages biologic compounds in Manati, Puerto Rico. The Syracuse site was not designed to accommodate large-scale commercial production but will continue to serve as a center in process development and early-product launch for BMS's biologic compounds.

The Manati facility, which also is wholly owned by the company, will continue to finish and package biologic compounds. In March 2006, the company announced a $200-million investment to expand this facility to accommodate increased filling and finishing needs.

Montes Claros, Brazil (April 26)—Novo Nordisk A/S (Bagsværd, Denmark, www.novonordisk.com) inaugurated a $200-million expansion of its production facilities in Montes Claros, Brazil. The 37,000-m2 plant will formulate and fill insulin into 3-mL "Penfill" cartridges, which are used in the pen systems marketed by Novo Nordisk. Approximately 95% of the total volume produced in the Montes Claros plant will be exported to other countries such as Germany, Austria, the United Kingdom, Ireland, Australia, New Zealand, Canada, and later on to several developing countries. Novo Nordisk expects to increase the number of employees at the site from the current 400 to 750 by the end of the year.

The new plant is Novo Nordisk's largest manufacturing facility outside Denmark and is the largest single investment in the history of the pharmaceutical industry in Brazil, said Novo Nordisk in a company release. Novo Nordisk also recently approved an additional investment of $50 million for the construction of a manufacturing facility in Montes Claros for "FlexPen,"a prefilled insulin pen. The new FlexPen facility is expected to become operational by 2009. 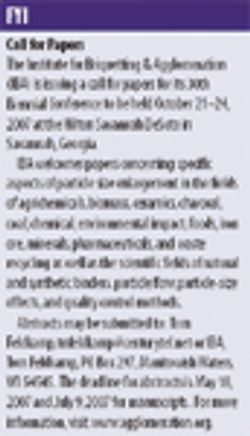