CMOs are becoming sought-after partners as a result of their use of innovative technologies, single-use bioreactors, and other novel bioprocessing services.

According to BioPlan’s 11th Annual Report and Survey of Biopharmaceutical Manufacturing Capacity and Production (1), which identifies various industry trends, almost all areas of R&D and manufacturing are at least in contention for some degree of outsourcing. CMOs are becoming sought-after partners as a result of their use of innovative technologies, single-use bioreactors, and other novel bioprocessing services.

There was a general pullback, however, in the less commonly outsourced activities. These activities included downstream production operations, downstream process development, and design of experiments. Some of these downstream activities may have declined as facilities resolved problems and bottlenecks in purification steps. Despite these declines, current outsourcing levels for even those activities represented growth over levels in 2010.

These data indicate that the most common outsourcing activities are becoming cemented in place as mainstream contract manufacturing activities. BioPlan expects that to continue, as the study also shows an increased willingness to outsource them to a greater extent in the years to come.

Trend two: Outsourcing is no longer about cost cutting
In years past, outsourcing was used as a way to cut costs and more efficiently allocate in-house capacity; BioPlan’s recent studies indicate that cost control is no longer a top priority when outsourcing. Indeed, when respondents were asked about the cost-cutting actions they undertook during the past 12 months, only 9% had outsourced manufacturing to domestic service providers for this purpose, down from 14% last year, and the proportion that outsourced manufacturing to non-domestic service providers (off-shoring) to control costs was essentially flat at 13%, after rising from 6% since 2011 (see Figure 1).

Similarly, the share of respondents outsourcing jobs in manufacturing, process development, and R&D to cut costs remained either flat or slightly below last year’s levels.

In a related development, the BioPlan study revealed that, this year, cost-effectiveness was not the big priority it was last year when developers were considering contract manufacturing partners. Only 22% reported that it was “very important” to them that the CMO demonstrate the cost-effectiveness of their services, roughly half the proportion (42%) from last year’s survey.

Further, outsourcing budgets are expanding at a rapid rate, compared with other segments. And because outsourcing is a long-term and strategic decision, facilities don’t easily make changes in their outsourcing budgets, as they might for equipment purchases. This year, respondents reported having increased their budgets for outsourced biopharmaceutical manufacturing by nearly 4%, up significantly from each of the prior five years. Outsourcing is taking on a more strategic role, moving away from a simple cost calculus and toward a partnership based on quality and value.

Trend three: Outsourcing relationships evaluated on managerial factors
While contract manufacturers should of course be able to display their technical proficiency (particularly as they bid for high-value activities previously considered too “core” to outsource), data from the BioPlan study indicate that clients are increasingly basing their partner evaluations on a host of managerial and “people” factors.

When biopharma decision-makers were asked about the issues they find important when considering outsourcing manufacturing to a CMO, of the 18 most critical areas indicated, the most important were:

To put this in context, when evaluating only critical (“very important”) attributes, more decision-makers pointed to establishing a good working relationship (70.9%) than did compliance with the client’s quality standards, protection of intellectual property, or effective handling of cross-contamination issues.

In other words, while technical competency is important, clients are recognizing that they are not enough on their own, and that effective partnerships are built on strong relationships.

Trend four: It doesn’t matter where the CMO is located

Assuming that the relationship is solid, the CMO’s location remains relatively unimportant to clients today-only 7.3% considered a CMO being local a “very important” attribute.  This runs contrary to what many CMOs have said they experience-they feel clients appreciate the opportunity to meet in person, often, and locally to watch the processes. Such in-person meetings, however, may have more to do with clients’ need to keep projects on track (a major concern), than with wanting to personally watch the CMO’s process development and manufacture.

Although location remains at the bottom of the decision-factor list, respondents from different regions do display different preferences when it comes to potential outsourcing destinations. Western Europeans, for example, are becoming increasingly interested in China as a potential outsourcing destination: 47% of respondents from that region named China a potential destination in the next five years, representing a large increase from just 6% a few years earlier. Indeed, China drew level with the United States as a potential destination (one that is at least in the consideration set).

Trend five: Biosimilars will expand the global CMO market
The growth of interest in biosimilars, with more than 800 follow-on products in the pipeline, will provide a significant upswing in business for CMOs who are primed to be the biggest beneficiaries of this emerging trend.

Biomanufacturers, who have cut back on their in-house capabilities in recent years, may not use their remaining capacity for biosimilars manufacturing, given that these drugs will be lower cost and lower margin relative to innovator products. As a result, larger players may be expected to outsource the manufacture of these products to CMOs. Additionally, newer entrants to the market may well follow a business model in which they license-in follow-on products from smaller players and then outsource the manufacture of those products. Indeed, CMOs are anecdotally already reporting business increases of up to 15% from biosimilars services.

Conclusion
Many of the trends identified in this year’s annual report will likely continue apace next year. Outsourcing will take on a higher-value dimension that puts cost behind other considerations, and the outsourcing market will increasingly globalize, a trend that will be fueled further by the advent of biosimilars. All in all, it’s a time of growth for biopharmaceutical outsourcing.

About the Author
Eric Langer is president of BioPlan Associates, tel. 301.921.5979, elanger@bioplanassociates.com, and a periodic contributor to Outsourcing Outlook. 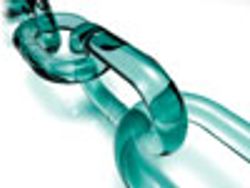