Ross’ HSM-100LH-3 Vacuum High Speed Disperser is designed for up to five gallons of laboratory and pilot-scale mixing.

Ross’ HSM-100LH-3 Vacuum High Speed Disperser is designed for up to five gallons of laboratory and pilot-scale mixing. The disperser can be equipped with a heating/cooling jacket, mixer cover with sight/charge ports, and a vacuum-rated mix vessel. The mixer is designed with interchangeable saw-tooth disperser blades in various sizes including 2-, 3-, 3.5-, and 4-inch diameters, with speeds up to 4800 rpm and turnover of viscosities of up to 50,000 centipoise.

A three horsepower (3HP) variable frequency drive-rated motor operates the mixer, with safety limit switches that prevent operation of the mixer in the raised position or without a mix vessel in place. Single point electrical hook-up is possible with a 3HP inverter that is mounted to the mixer and wired to the motor and limit switches. An air/oil hydraulic lift enables the mixing head to be raised with pushbutton controls. 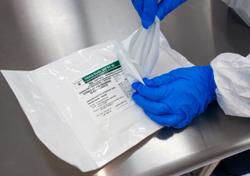 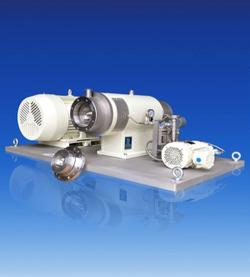 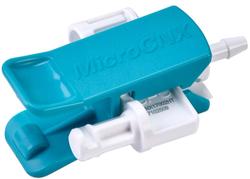