Contract API manufacturers and fine-chemical producers assembled in New Orleans last month for Informex, an annual trade show for custom and batch manufacturers, which was held Feb. 14–17. Below is a roundup of news from exhibitors, including an editorial podcast with the organizers of Informex on this year’s show.

Almac is doubling its analytical capacity at its 240,000-ft2 North American headquarters in Souderton, Pennsylvania. The facility offers full-service, integrated clinical packaging, drug-supply management, and technology services to pharmaceutical and biotechnology clients. Almac’s additional laboratory investment will include polymorph and salt screening and solid-form development. The new facility is also equipped with a bathless dissolution apparatus for comparative dissolution studies.

In other news, Almac also has acquired two new pieces of encapsulation equipment for its North American headquarters in Souderton, Pennsylvania: the Bosch GKF 702 capsule filler with integrated KKE 1700 checkweigher. The Bosch cGMP-compliant system is able to produce 42,000 capsules per hour compared to the 2,700-4,500 output of Almac’s current machine in the United States. Further capabilities of the new equipment include powder, pellet, tablet, and placebo fill as well as multifill.

Asymchem Laboratories (Tianjin) reported on the opening its new large-scale manufacturing facility, Jilin Asymchem Laboratories, in Dunhua, Jilin province, China. Phase I completion of Dunhua’s manufacturing facility included 5000–20,000 L vessels for cGMP manufacture of raw materials to intermediates. Phase II involved completion of a second module for a total capacity of 532 m3. This site offers manufacturing as a standalone service and also back-integration for internal downstream cGMP targets to be further processed in Asymchem’s Tianjin 2 GMP facility. Phase III construction in Dunhua for a GMP API manufacturing plant is on schedule and is expected to be completed later this year.

BASF has opened an industrial biotechnology and microbiology research center in Tarrytown, New York. The company uses biotechnological methods to produce products such as vitamins, enzymes, pharmaceutical intermediates, and specialties for the personal care, food and feed industries. One focus of the research laboratory work is to develop even more efficient and resource-conserving production processes. The use of metabolic engineering, or the targeted modification of metabolism, is used to enhance the efficiency of the microorganisms used in these production processes. The laboratory will also be used to develop bacterial biofilms.

Carbogen Amcis reported in February 2012 that its Bubendorf, Switzerland, API manufacturing site had successfully an FDA cGMP inspection. The inspection was completed in September 2011. The Bubendorf site supports 160 employees and is focused on process optimization and supply of late-phase and commercial APIs and highly potent APIs.

Catalent Pharma has completed the acquisition of the clinical-trial supplies business of Aptuit. The transaction was previously announced in August 2011.

Codexis CEO Alan Shaw has resigned from the company to pursue other interests. Peter Strumph, head of the firm’s pharmaceuticals business, was named interim CEO as the company searches for a new CEO.

Colder Products, a developer of connectors, is further enhancing its DrumQuik PRO and DrumQuik PUR chemical-dispensing systems with the addition of a new tethered protective dust cover and extended shipping plug. In addition to storing and protecting the DrumQuik coupler for extended use, the tethered cover provides a place to store the drum-insert shipping plug when the coupler is connected.

Informex will be held Feb. 19–22, 2013, in Anaheim, California. Highlights of the 2012 installment of Informex are discussed in a Pharmaceutical Technology editorial podcast with the show’s organizers.

Lonza and Eclipse Therapeutics have formed a partnership to manufacture Eclipse’s cancer therapeutic antibody, ET-101. Lonza will produce Phase I clinical material at its facility in Slough, England.

Neuland Laboratories, a contract manufacturer of APIs, intermediates, and peptides, launched a new mobile app version of its GuarD project-management system. GuarD was developed to support customers’ participation in project planning and real-time tracking. GuarD uses the principles of critical-chain project management, which emphasizes resource availability and flexibility to maintain project timelines. GuarD allows for a detailed project plan that is viewable in an online template to provide a customer progress of its project, information on the latest task updates, expected time of completion, and other information important to the project.

SAFC reported on its recent $350-million acquisition of BioReliance, a provider of global biopharmaceutical testing services, from Avista Capital Partners. BioReliance provides biologic, specialized toxicology and animal health testing to pharmaceutical, biopharmaceutical, diagnostics, and other life-science companies. BioReliance employs more than 650 people and is headquartered in Rockville, Maryland, with additional operations in Glasgow and Stirling, Scotland, and sales offices in Tokyo, Japan, and Bangalore, India. The acquisition complements SAFC’s industrial media position, and its CompoZr zinc finger nuclease technology is synergistic with BioReliance's toxicology and animal-health services operations for the development of new assays, cell lines, and animal models, according to the company.

Saltigo, part of Lanxess, appointed Joerg Scheider to assume management of the agrochemical and fine chemicals business line at Saltigo, effective Feb. 1, 2012. He was previously managing director of Lanxess Elastomeros do Brasil.

Solvias and RohnerChem reported on their partnership for custom research and manufacturing services, which was announced in October 2011. The preferred but nonexclusive partnership provides services from route scouting to commercial manufacturing. Solvias brings expertise in chemical, analytical and solid-state development, and RohnerChem brings experience in scale-up and commercial-scale custom synthesis of complex, small-molecule fine chemicals and APIs. Key capabilities from Solvias include high-throughput screening methods, which have been used in asymmetric homogeneous catalysis, CX-couplings, racemate resolutions, carbonylations, hydroformylations, biocatalysis development, and various other transformations. Solvias’ solid-state development group also is equipped to assist in developing crystallization processes, perform polymorphism studies, and provide guidance in the development of the best solid form for an API. After process optimization, which can be performed either at Solvias’ or at RohnerChem’s kilo laboratories, commercial quantities can be manufactured at RohnerChem facilities. 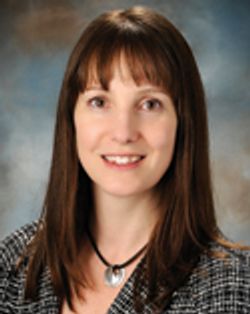