Stevanato Group, an Italy-based glass primary packaging producer, announced on Dec. 4, 2019 that it has started construction on a new Technology Excellence Center (TEC) in Boston, MA, to further its presence in the United States biopharma drug development landscape.

According to a company press release, the TEC will provide analytical and testing services for container closure systems and drug delivery devices through customized services for biopharma companies’ drug formulation and manufacturing processes.

“The center will initially have a highly skilled team in the area of primary containers, which will be able to help customers in the choice of the best container for their drug. It will also feature a lab performing critical analytical tests for characterizing the container closure system. In the coming years, customers will find in TEC all the competencies also for the drug delivery devices, and in general will find in Stevanato Group a competent partner always listening and looking for solutions,” said Paolo Patri, chief technology officer at Stevanato Group, in the press release.

“TEC is a big step forward in the vision of the Group as a full solution provider. Thanks to it, we will be able to work together with the developers of new molecules at an early stage or in Phase I. We will offer them all our capabilities in terms of glass primary packaging knowledge and delivery devices, in a partnership that will go beyond our traditional role of suppliers,” added Franco Stevanato, CEO at Stevanato Group, in the press release. 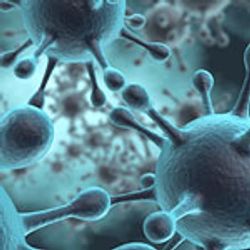