CMO Consolidation Pace May Slow Down

Consolidation is the process by which a shrinking number of companies control an increasing share of the available revenues in a given industry. It is a product of industry maturity and typically indicates a period where organic growth is slowing and where factors like economies of scale or brand recognition play an increasing role in competitive success.

Industry consolidation, in part, occurs organically as a result of better-run firms growing faster than the industry and poorly run firms going out of business. But the main mechanism for industry consolidation is the acquisition of one industry participant by another. Practically overnight, acquiring companies gain market share, capacity, economies of scale, technical capabilities, and client relationships that would otherwise take years to build organically. In the current macroeconomic environment, where the cost of capital is historically low, mergers and acquisitions are especially attractive.

The drug-product CMO industry has undergone a significant amount of consolidation in recent years; only 32 of the industry’s more than 200 participants account for 67% of industry revenues, according to PharmSource analysis (1). Acquisitions have been a major driver of that consolidation, especially the deals that brought together Patheon and DSM Pharmaceutical Products, and Aenova with Haupt.

Pace of consolidation
The consolidation process, however, has slowed. Most of the deals taking place these days are smaller transactions by which the buyer fills gaps in its technology rather than gaining broad capabilities or expanding its geographic footprint. Notable examples include Catalent’s acquisition of Micron Technologies (micronizing) in November 2014 and Patheon’s acquisition of Agere (solubility enhancement) in March 2015.

The pace of consolidation has slowed not because buyers’ appetites have been sated but rather because there are not a lot of attractive assets to acquire. While small acquisitions can fill in gaps in an acquirer’s technology portfolio or geographic footprint, it is the large targets that have strategic impact, and there are a diminishing number of attractive large businesses in play. In Europe, for instance, there are a number of drug-product CMOs with revenues in excess of $100 million, but most of them are dependent on European markets where drug prices are declining and where there is too much manufacturing capacity, especially for standard solid dose and liquid products; many of those European CMOs lack even one FDA approval. As a result, they struggle to grow and suffer from low profit margins. There are several significant CMOs in Japan but they serve a local market that is undergoing some significant growth challenges.

A compounding problem is that the most attractive independent drug-product CMOs are either owned by families with no apparent interest in selling or by not-for-profit foundations established by their founders to keep the business from changing hands. That includes companies such as Vetter, Almac, Rottendorf, and Fareva.

Consolidation opportunities
One development that could add some more attractive opportunities to the mix is divestitures of dose- and API-manufacturing assets by larger entities. A prime example is BASF’s sale of its API business to Siegfried for $300 million in October 2015. That deal included three manufacturing sites and a portfolio of generic APIs, and doubled Siegfried’s revenues. There are a number of situations around the fine chemical and dose manufacturing industries that could lead to similar opportunities, which are attractive because they involve whole businesses and not just an individual facility.

The dearth of acquisition targets is a challenge for investors in drug CMOs, because the opportunity to consolidate a fragmented industry is an important investment thesis for them. Private equity investors in particular like to do substantial deals and are frustrated by the lack of opportunities. The small number of attractive and saleable businesses has created a seller’s market in which valuations have been driven up beyond what private equity buyers are willing to pay.

Of course that doesn’t mean that deals won’t get done; at least one European CMO is going through a formal sales process and another may be shedding some assets in the next year. But truly game-changing deals where one drug-product CMO acquires another will be rare. Where will acquisition-minded executives look to employ their capital?

One avenue has been the consolidation of all bio/pharmaceutical manufacturing including drug product, drug substance, and packaging. Acquisitions of drug-product CMOs by drug-substance CMOs and of API manufacturers by dose manufacturers have dominated the industry in the past year. These deals have combined under single ownership businesses that are closely related but differ considerably when it comes to technology and operations. In the near term, these API/dose combinations will seek to leverage synergies in areas like business development, regulatory, and finance but in the longer term they will seek to change the way bio/pharmaceutical companies manage their manufacturing and supply chain requirements.

Consolidation in the bio/pharmaceutical contract manufacturing is imperative if the industry is to generate the returns necessary to attract capital, fund innovation, and get an equal seat at the table with the major bio/pharmaceutical companies. But consolidation requires willing sellers of quality assets as well as willing buyers, and the industry may have a shortage of the former. 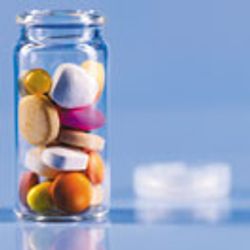