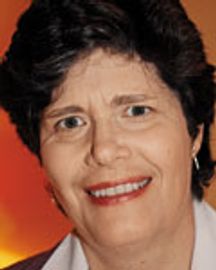 Although the stated mission of all players involved in drug development is to provide life-saving therapies for patients, conflicting objectives and business strategies often get in the way. Getting special interest groups to agree on the best course for providing effective, cost-efficient drugs is similar to trying to get the US Congress to agree on anything. If efforts to accelerate drug discovery, development, and delivery are to advance, various industry segments and both parties in Congress will have to negotiate a compromise to best serve patients.

For nearly a year, a bipartisan effort by the Energy and Commerce Committee of the US House of Representatives solicited ideas and comments from patients, providers, innovators, regulators, and researchers on ways Congress can help accelerate the discovery, development, and delivery of new treatments and cures. In late January 2015, the committee released a “discussion draft” of a proposed 21st Century Cures Act.

The discussion document includes ideas from Republicans and Democrats that would incorporate patient perspectives into the regulatory process and help address their unmet medical needs; streamline clinical trials; support continued innovation at federal public health agencies; and modernize medical product regulation. The initiative to accelerate the development of needed therapies for patients is well intended. Once the ideas enter the policy fray, however, best intentions can become political talking points that are distorted in the positioning efforts of competing special interests.

Incentives for difficult-to-develop therapies and cures
One major focus of the initiative is designed to encourage bio/pharmaceutical companies to develop therapies for complex diseases such as Alzheimer’s, where the steep investment required to bring treatments and cures to market discourages many efforts.

A proposed Dormant Therapies Act would reward the development of treatments and cures for patients with unmet medical needs. Innovators would receive a fixed-year protection period for therapies upon FDA approval. “This change would shift research and development toward therapies based on scientific promise and patient need, rather than patent life. It also would reward investment in treatments and cures for complex diseases where it takes longer to develop safe and effective therapeutics,” according to Subtitle L of the discussion draft.

A longer patent life could increase the potential profit of a therapy for the innovator, but delay the introduction of generic versions. It also could result in higher prescription drug costs for patients.

Special interests react
Although the document was not a formal legislative proposal when released, it elicited strong reactions and some posturing from special interest groups.

The Pharmaceutical Research and Manufacturers of America, which represents innovator pharmaceutical development companies, said the organization supported the committee’s goal of accelerating drug development and would review the nearly 400-page discussion draft and provide additional comments.

A statement from the Biotechnology Industry Organization noted that several of the organization’s priority suggestions were incorporated in the discussion draft, including the need for a research commitment to study precursors and signs of disease and disease risk factors for chronic conditions.

The Generic Pharmaceutical Association issued a statement saying it was “deeply disappointed” in the discussion draft and expressed reservations about the Dormant Therapies provision, saying it “would potentially grant brand drug companies an unprecedented increase in exclusivity for a curiously broad category of new drugs, delaying the competition from generic drugs and biosimilars that promotes beneficial innovations in treatments.”

The discussion document may be introduced as legislation later this year; however, any progress must overcome competing special interests in industry and Congress. It will be interesting to see how patient well-being will be considered in the process.

About the Author
Rita Peters is editorial director of Pharmaceutical Technology.

From the Editor | Quality Systems | Viewpoints