Understanding of the basic principles of balance and scale enables a user to achieve a qualified weighing process.

What is calibration?
Calibration is more than just comparing a “standard” number with a displayed value on the balance. There is a calibration process that relates to the combination of uncertainties achieved when a balance weigh cell is deviated from its rest position. Calibration establishes the relationship between the displayed value and a standard or accepted true value. The values must fall within an assigned measurement uncertainty range (1, 2).

It is crucial that the weights used in routine testing are certified as traceable and that the certification is current. If the weight is out of certification, it is no longer guaranteed to give the maximum permissible error (MPE) that is expected.

Why is measurement uncertainty important?
A modern electronic weigh cell works differently than a traditional mechanical balance. In an electronic weigh cell, the relationship between what is displayed on the screen and the errors involved is not linear. The current approach to metrology, however, is often based on history and familiarity, rather than a scientific study of the process. Traditional methods of balance testing need to be updated and replaced with scientifically meaningful tests, which include an estimation of measurement uncertainty. A knowledge of measurement uncertainty can be used to develop a streamlined, robust, and meaningful testing regime that meets scientific requirements but doesn’t take up several hours every week.

Nonlinearity. Nonlinearity is the error due to the nonlinear behavior of the balance upon increasing the load on the weighing pan. It is not a dominant influence at any point on the weighing range. At the low end of the weighing range, the nonlinearity is superimposed by repeatability uncertainty. At the high end, it is dominated by sensitivity. In fact, at no point on the weighing range does it account for more than 0.1% of the total measurement uncertainty that can be detected. Nonlinearity is significant for the manufacturer because it provides information about the mechanical operation of the balance. For people who have worked for a long time in the pharmaceutical industry, where it may be normal to carry out linearity checks daily, it may come as a surprise to learn that these tests are not as significant as previously thought.

How to measure uncertainty
A manufacturer or service provider will test the four significant components of measurement uncertainty when performing a calibration. These measurements are reflected on a calibration certificate. It is also expected that the balance user or internal metrology department will measure some of these contributors during routine balance testing operations.

Good Weighing Practice (GWP), Mettler Toledo’s science-based standard for lifecycle management of weighing instruments, provides a strategy for reducing measurement errors and ensuring accurate weighing results. Based primarily on the user’s weighing requirements and prevailing weighing risks, GWP guides users on how to optimize routine testing procedures and how to avoid unnecessary or erroneous testing (4). GWP specifies which of the following tests should be carried out during routine testing.

Repeatability (i.e., precision) test. Perform (typically) 10 replicate weighings under the same conditions, using the same methodology, to give a statistically significant weighing sequence, according to the GUM (3). Calculate the standard deviation (s), which is the repeatability of the instrument.

Nonlinearity (i.e., error of indication) test. Nonlinearity is not very significant at any point in the weighing range, so it is perfectly valid to omit this from the user routine testing regime. This test can be performed by the external service technician during the annual calibration or preventive maintenance visit. It is acceptable to perform a nonlinearity test only one or two times per year, even for a heavily used microbalance or analytical balance. Although it doesn’t need to be measured daily or frequently by the user, it does need to be included in the measurement uncertainty calculation, as per the GUM (3).

Sensitivity test. This test is sometimes referred to as the highest “error of indication” test point. The aim is to measure the error of indication by placing a single weight on the balance and comparing it with a standard value. For accuracy, this test must be done at or close to the top of the nominal working range of the balance. Below that, increasingly lower uncertainty due to sensitivity can actually be detected. At the very low end, with very small weights, there is almost no sensitivity uncertainty detectable at all. At this point, the repeatability (i.e., precision of the balance) becomes the completely dominant factor.

Although there are other contributors to uncertainty, such as external influences, the advantage of modern electronic weigh cell technology is that most of those uncertainties are included in the repeatability of the balance.

where uRP, uEC, uNL,  and uSE are the uncertainties due, respectively, to repeatability, eccentricity, nonlinearity, and sensitivity.

Next, expand the uncertainty using standard scientific practices. For an expansion factor of k=2, which can be quite frequently applied, multiply the equation by 2 to give a 95.5% confidence level in the result (3).

Linearity testing does require more than two weights. If a service provider performs the linearity testing as part of the annual calibration or preventative maintenance visit, however, then there is no scientific requirement for the user to check linearity more frequently.

Summary
According to the laws of metrology, there is no traceable calibration without a statement of measurement uncertainty. Traditional balance testing should be replaced with scientifically meaningful test points. Testing at multiple points on the weighing range every day can take a lot of time, effort, and resources. In addition, the test points may not even be relevant if the metrology behind the testing is not considered. An understanding of the basic principles of balance and scale properties, such as measurement uncertainty, enables the user to achieve a qualified weighing process.

About the authors
Ian Ciesniewski, PhD, is technical director, and Joanne Ratcliff, PhD, is communications project manager, both at laboratory Weighing, Mettler Toledo.

Citation:
When referring to this article, please cite it as I. Ciesniewski and J. Ratcliff, "Understanding Measurement Uncertainty in Weighing," Pharmaceutical Technology 40 (4) 2016. 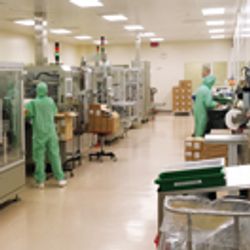 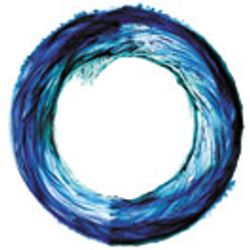 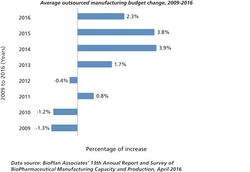