Unprocessed bulk material harvested directly from the bioreactor should be tested for contamination prior to downstream processing.

Biopharmaceutical products are manufactured in living systems, such as animal or human cells or tissues, which pose a contamination risk from bacteria, yeast, mold, viruses, or mycoplasma. Contamination can come from a variety of sources, such as raw materials-including cell culture media and additives-the cells themselves, lab personnel, the manufacturing process, or ineffective cleaning of the manufacturing facility. Contamination can be detrimental for a product or a facility, potentially leading to drug recall, harm to patients, or the complete shutdown of a facility. Products must therefore be tested for the presence of contaminants throughout the production process to ensure product safety and purity. For each product, the master, working, and end of production cell banks are evaluated for contaminants. In contrast to this testing, which is performed once on each cell bank, every lot of unprocessed bulk (UPB) material-the product that is harvested directly from the bioreactor-must be tested.

There is a high probability that, if present, adventitious agents would be detected in the UPB material harvested at this point in the manufacturing process because the bioreactor provides highly enriched growth conditions, and the cells could have amplified any adventitious agents that were present at the beginning of the manufacturing process. In addition, the material has not yet gone through further processing/purification, which could lower levels of contaminating agents, rendering them harder to detect in analytical testing.

The assays used for testing UPB material are often referred to as lot release testing, because the manufacturer doesn’t proceed with downstream processing of the UPB until passing results are obtained in the lot release testing. If a contaminant is present, then the contamination is not spread to the downstream processing equipment. This testing typically includes bioburden or sterility testing, mycoplasma testing and in-vitroviral screening as well as a few optional assays, such as virus-specific quantitative polymerase chain reaction (qPCR) or transmission electron microscopy (TEM) testing. The unprocessed bulk product then goes through multiple purification steps resulting in the final drug substance. Lot release testing also encompasses the testing of animal-derived products.

Bioburden testing is recommended over sterility testing, because manufacturing is not always a sterile process. Some clients choose, however, to test lot release products for sterility. Bioburden testing involves the enumeration of the microbial content of a product. The methodologies involve the plating of the product using one or more solid nutrient media types, incubating for three to five days, and visually observing and counting the microbial growth at the conclusion of the incubation period. Depending on the material or process, additional testing may be performed to enumerate potential anaerobic bacteria or detect the presence of specified microorganisms of concern. Specifications for the acceptable levels of bioburden are determined based on the risk to the manufacturing process, considering the abundance and type of organisms that may be detected, the potential impact of metabolic by-products or toxins, and the subsequent purification steps that may follow. Method suitability is performed for individual products or a representative of common in-process samples in order to demonstrate that the material does not interfere with the recovery of potential microbial contaminants. The method parameters are challenged by introducing low levels of microorganisms to the product under the conditions of the test and enumerating the recovery.

In-vitro adventitious agent (IVAA) testing is a general screening assay performed to test for the presence of adventitious viruses (Figure 1). This assay cannot determine the type or amount of virus present, but rather detects the presence or absence of a virus in a sample. The assay has the ability to test for a wide range of possible contaminants, which include cytopathic, hemagglutinating, or hemadsorbing viruses. Each sample is tested in a minimum of three cell lines that are chosen based upon the cell-line source used to prepare the biopharmaceutical product and theoretical susceptibility to particular viruses of concern.

Cell lines required include a human diploid cell line, a monkey kidney cell line, and monolayer cultures of the same species and tissue type as that used for production. Prior to testing in the IVAA, clinical-phase samples should be tested in an interference assay to ensure that the sample matrix will not cause toxicity to the indicator cells or cause any interference with detection of viruses that could be present in the sample. The interference assay includes spiking the sample with one concentration of virus that is comparable to the positive control. Commercial products require a full matrix qualification study. These studies differ from interference testing because they require multiple virus spike levels in order to understand the sensitivity of the virus detection in the sample matrix. Matrix qualification testing must also be performed on three lots of product.

There are a few optional assays that may be performed on bulk harvest material, depending on the type of product. These assays include virus-specific qPCR testing, TEM, and in-vivo testing. Not all viruses will be detected in the IVAA test, so there is a consideration for performing virus-specific qPCR assays, particularly if a risk assessment of the process has identified particular agents of concern. The downside to these assays is that the specific gene sequences can be detected, but the assay cannot determine whether or not a virus is infectious.

Quantitative PCR testing is performed on each lot of UPB material.

In-vivo adventitious agent testing can detect viruses that are not able to grow in cell cultures or do not cause noticeable effects in the IVAA indicator cells that were used for testing. The animal systems used for in-vivo testing include suckling mice, adult mice, embryonated chicken eggs, and guinea pigs. In-vivo testing is only performed on unprocessed bulk products if this testing was not performed on the working or end-of-production cell banks. This testing is performed on only one lot of material. TEM testing may also be performed on UPB samples and includes a quantitation of the number of retrovirus-like particles present. TEM testing is usually performed on one or more lots of early phase products and on at least three lots of material for later phase products.

Additional time and work may need to be allocated for different types of products before testing can begin. For instance, some gene therapy products that contain live virus cannot be tested for in certain cell-based assays because the product would infect and subsequently kill the indicator cells. In cases like this, the virus in the product may need to first be neutralized with an antibody before testing for the presence of adventitious agents. The antibody itself would also need to be evaluated to make sure it is not toxic to the indicator cells in the assays or that it doesn’t interfere with the ability to detect virus. When testing viral vectors for gene therapy products, vectors may also exhibit some degree of toxicity to the indicator cells. This is typically resolved by dilution of the product in the assay. Viral vectors also have the potential to generate a false positive result in a cell-based assay. The vector may be able to infect certain cell types, giving the appearance of the presence of an adventitious agent; however, the infection may not be productive because the vector is replication defective.

Viral vaccines also present challenges when testing for contaminants using cell-based assays. The vaccine virus may be able to infect the cell lines that are used for testing, and neutralization with antibody is often not effective. Therefore, uninfected control cells are typically cultured in parallel with infected cells. The in-vitro testing is then performed on the control cells.

Expediting results for UPB lot release testing is important. A lot of material cannot be released for downstream purification until it tests negative for adventitious agents. If a contaminant is identified during purification, the entire manufacturing plant must be decontaminated. This comes with a great expense and delay for the client. If testing is expedited, the lot of material can go into downstream purification faster with less risk of facility contamination. The manufacturing facility would also know as soon as possible if there is contamination at their site. Additionally, time waiting for test results equates to time and money lost by the client. To keep the client informed during testing, the testing lab can provide interim assay results and testing status updates throughout the entire testing process. Clients should be notified immediately of any concerning results or assay issues so that a plan of action can be implemented as soon as possible. Close attention should also be paid to turnaround-time monitoring so that timelines can be met.

There are a number of steps that can be implemented to expedite and streamline the testing of lot release products. First, as much information as possible must be obtained from the client before the sample even arrives at the testing facility. Information such as the sample volume requirements, turnaround times, and expectations should be discussed early in the process. The testing facility will also need to know the stage of the product, whether interference and stasis testing can be performed concurrently, or whether antibiotics are present in the sample upfront to minimize testing delays. Defined shipment schedules, special sample labels, customized sample submission forms, and specific entry processes allow for expediting availability of the sample to the testing laboratory.

Each lot of UPB material produced at a manufacturing facility must undergo testing for contaminating agents. Because each batch of product cannot be released for purification before this testing is completed, it is beneficial for the client that the testing laboratory completes the lot release testing as soon as possible.

To expedite the testing as much as possible, the laboratory should have a streamlined, well-defined process from before the sample arrives until the data are reported. If a contaminating agent is detected, proactive communication is vital to establishing a path forward. 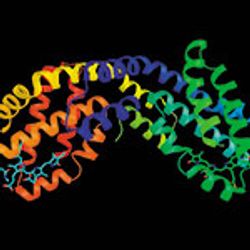