What’s Next for the CMO Industry?

What if the expanding pipeline isn’t enough to fuel CMO growth?

Research indicates that contract manufacturing of drug product for developed markets grew 6% annually in 2013 and 2014 to $16.5 billion (1). The contract manufacturing organization (CMO) industry grew at twice the rate of bio/pharmaceutical industry revenues in the developed markets of North America, Europe, and Japan, which grew at approximately 2.5% according to data from IMSHealth (2). As a result, CMOs now account for approximately 33% of the bio/pharmaceutical industry’s cost of goods for drug product.

While there are hundreds of companies offering contract manufacturing, only 30 account for more than half of industry revenues, and a small number of CMOs increasingly dominate the industry (see Figure 1). Consolidation is the name of the game for CMOs, with 18 acquisitions of one drug-product CMO by another drug-product CMO in the past three years.

The big challenge for the CMO industry continues to be captive capacity (i.e., the in-house capacity of bio/pharmaceutical companies). Bio/pharma companies continue to invest heavily in their own facilities thanks to the low cost of capital, generous equity markets, and rich internally generated cash flows. Spending on plant and equipment by the 25 largest bio/pharma companies grew 13% in 2013, and 11% more in 2014 to $19 billion. Because global bio/pharma companies are generating so much cash, the $19 billion represented only 11% of their operating cash flow, meaning they had plenty left to fund acquisitions, partnerships, dividends, and share buy-backs.

More worrisome for CMOs, potentially, is the evidence that their traditional best customers are also investing more in in-house capability. Thanks to low capital costs and their own commercial success, mid-size and small commercial companies have the resources to invest in their own facilities and are showing an increased willingness to do so (see Figure 2).

The news that Biogen-Idec is acquiring the manufacturing assets of Eisai in Research Triangle Park, NC, is a powerful example of this trend. Biogen-Idec has long pursued a model of manufacturing its API in-house while depending on CMOs for its drug product manufacture. Several years ago, the company leased part of the Eisai facility to manufacture its first solid-dose products, and it has now taken over the entire facility, including the injectables manufacturing areas. While the Eisai site will manufacture only a small portion of Biogen-Idec’s total requirements, the move represents a momentous change in strategy and one that CMOs must view with concern.

Another notable development in this regard has been the conversion of contract manufacturing capacity into captive capacity. This conversion has occurred either through acquisitions of companies and facilities (e.g., the acquisition of Pharmalucence by Sun Pharmaceutical Industries) or simply by a company no longer offering its excess capacity in the contract market. The lost capacity has been marginal to the overall CMO industry thus far, but larger acquisitions, such as Pfizer’s acquisition of Hospira, could be more disruptive.

The increasing investment in captive capacity suggests that CMOs may not be able to depend on a growing propensity to outsource to fuel their growth. Global bio/pharma companies outsource approximately one-third of drug product manufacture (1), and with the heavy investment in new facilities, that is not likely to grow significantly.

Small commercial companies, the segment that uses CMOs the most, already outsource 80% of their manufacturing requirements, so there just isn’t much room to grow there.

The burgeoning drug development pipeline would seem to promise more opportunities in coming years. The number of new drug application (NDA) approvals jumped 15% in 2014 and appears poised to continue climbing (see Figure 3). But this too must be viewed cautiously. Many of the newly approved drugs have orphan or breakthrough designations and are targeted at small patient populations, which translates into small volumes for CMOs. While the high prices of these drugs suggest they could deliver higher margins, the small volumes won’t “move the needle” for larger CMOs looking for growth.

The other note of caution when evaluating the pipeline has been the pushback from payers over the growing cost of the new drugs. Drug prices are a strain on healthcare budgets worldwide, and it is more difficult to get new drugs accepted into formularies, a key step for reimbursement. At his March 2015 DCAT presentation, Graham Lewis of IMSHealth warned that European budgets for drugs will hardly grow in coming years and acceptance of new drugs will only come at the expense of other drugs, either by dropped coverage or lower prices (2).

Capturing more value
While CMOs will get some lift from the rising tide of new drug approvals, that won’t be enough to fuel the expectations of many of their investors. CMOs will have to depend on capturing more value per product or finding new markets to grow at acceptable rates.

CMOs are capturing more value per product by offering enhanced drug-delivery technologies and by offering more links in the supply chain in an integrated service offering. Enhanced delivery technologies can include proprietary devices and formulation technologies, or deep knowhow that can be applied to unique client problems. Companies like Catalent, LTS Lohmann Therapie Systems, and 3M Drug Delivery Systems are examples of CMOs pursing the enhanced delivery strategy.

Companies pursuing the integrated services model seek to facilitate drug development and commercialization for clients by enabling them to work with a single vendor for activities that normally require multiple specialized vendors. The major examples are combining API and drug product manufacture, or offering formulation development and clinical supplies manufacture to complement commercial manufacture. Many CMOs offer some variation of this model, but the highest profile examples include Patheon, Siegfried, and AMRI.

New markets
Generic drugs could be a growth area for CMOs, especially in North America, where CMOs have traditionally been circumspect about the low margins that most generics require. CMOs with semisolid capabilities have benefitted from strong generic drug demand, as skyrocketing prices have pushed more companies into dermatology products. Generic-drug companies have also turned more to injectables CMOs to help overcome drug shortages and address concerns relating to offshore suppliers. The development of so-called super generics (i.e., generic APIs in higher-value delivery forms) has also been a boon to CMOs with niche dosage forms like inhalation and transdermal technologies.

Generics will be more problematic for European CMOs, where branded generics (i.e., generics that carry a brand name but lack the value-added qualities of super-generics) have been a staple of the CMO industry. Thanks to budgetary management efforts among European payers-primarily governments-commodity generics are replacing branded generics on formularies, which is likely to impact CMO revenues negatively. For instance, in its annual report for 2014, Siegfried revealed that the loss of a tender by a major client had reduced its drug product revenues by nearly 20% (3).

New geographic markets also present some opportunities for CMO growth. Contract manufacturing for the domestic market is growing but still relatively immature in Japan. The number of dedicated Japanese CMOs of significant size is still low and includes Nipro Pharma, Bushu Pharmaceuticals, and CMIC. More North American and European CMOs are setting up sales offices in Japan but only two, Catalent and Aenova, actually own manufacturing operations.

Emerging markets also represent an untapped opportunity for CMOs. Demand for bio/pharmaceuticals is growing faster than in North America and Europe and global bio/pharma companies are targeting emerging markets for growth. Most of the largest markets have local content laws or policies that encourage local manufacturing and/or packaging, but for global companies having a local manufacturing facility is generally not cost effective. There are few true CMOs in most of those countries, so the principal alternative to facility ownership has been to use local pharmaceutical companies, which usually lack the infrastructure to support contract relationships. While market entry would not be without risk, there appear to be opportunities for CMOs in some of these countries (e.g., by acquiring an underutilized facility from a global bio/pharma company and converting it to contract operations).

An industry force
In the past few years, the drug product CMO industry has emerged from being a collection of poorly run, mom-and-pop businesses to a real force in the bio/pharmaceutical industry. As noted above, the industry accounts for a growing share of industry value-added and, thanks to the formation of its own trade association (the Pharmaceutical and Biopharmaceutical Outsourcing Association [PBOA]), it now has a seat at the table at FDA when major initiatives such as the extension of the Generic Drug User Fee Amendments (GDUFA) are being negotiated (see interview with PBOA president Gil Roth).

The CMO industry has benefitted from the macroeconomic environment, which has provided inexpensive capital for expansion. The more aggressive CMOs have used that funding to make acquisitions and consolidate the industry to the point where a relative handful of companies dominate the industry. While the consolidation process is not over, the number of attractive and available acquisition targets in traditional markets is shrinking rapidly, and industry executives will need to develop more creative strategies to drive growth. Those strategies will require thinking that is more global and long-range in its perspective.

While the CMO industry will always accommodate small niche players, it is the large muscular CMOs that will be able to work most effectively with the global bio/pharmaceutical companies, much as it has been the largest clinical CROs that have built the strategic relationships for clinical research. The large clinical CROs have set an example, by being able to operate on a truly global basis and by being able to incorporate the latest technology to accelerate drug development while reducing costs. The large CMOs would do well to study their example.

Citation: When referring to this article, please cite it as J. Miller, "What’s Next for the CMO Industry?," Pharmaceutical Technology Outsourcing Resources Supplement 39 (17) 2015. 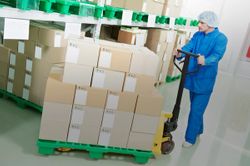